Sister of Missing 5-Year-Old Girl Told School Principal’s Daughter ‘Oakley is No More,’ Said She ‘Had Been Eaten by Wolves’: Sheriff 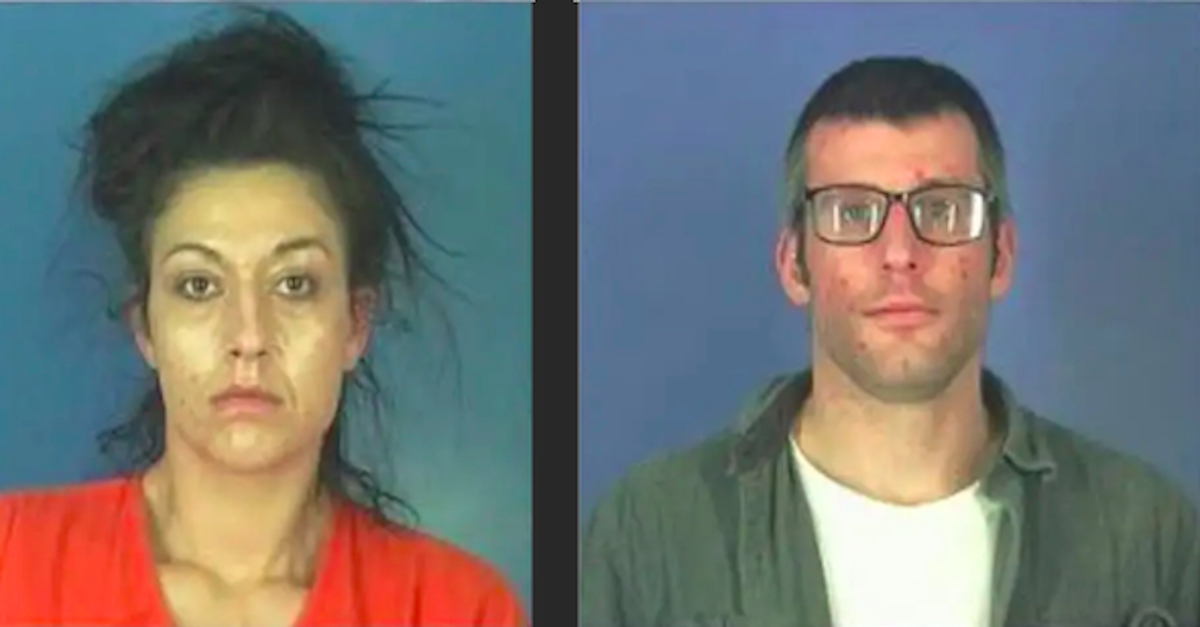 Law enforcement authorities in Washington on Monday called off the search for Oakley Carlson, a 5-year-old girl who was reported missing on Dec. 6 but was last seen alive on Feb. 10.

Authorities say they thoroughly combed more than 300 acres of land area surrounding the parents’ home and have yet to find the child or evidence of her remains. The end of the search for now comes amid reports that Oakley’s 6-year-old sister made a series of disturbing claims that appear to increasingly cast suspicion on her parents, Jordan Bowers and Andrew Carlson, Seattle Fox affiliate KCPQ reported.

Yesterday the sheriff’s office searched for Oakley Carlson in the area surrounding the family’s property, which covers approximately 300 acres of land.

The sheriff’s office has also brought in divers and aircraft.#OakleyCarlson pic.twitter.com/6WPPlhV7x3

Bowers and Carlson have already been arrested and charged with second-degree child abandonment for allegedly withholding medication from Oakley’s 6-year-old sister for as long as 15 months. They are currently being held in the Grays Harbor County Jail on $150,000 bond. They were originally taken into custody on suspicion of manslaughter, according to KCPQ.

Grays Harbor County Undersheriff Brad Johansson said on Monday that search crews have done everything they could, but he promised that investigators were still actively pursuing the case.

“If there’s burn piles, we’re going through the burn piles, if there’s any fresh dirt, we’re looking in fresh dirt, any crawl spaces, enclosed spaces. We’re checking everything we can possibly do,” Johansson said in an interview with Seattle CBS affiliate KIRO-TV. “The search at the residence is complete and she was not located. Detectives are still actively investigating this case. There are no searches underway at this point.”

The search for young Oakley began when the principal of the Oakville School District called the police and requested a welfare check on the child’s home. The principal reportedly told investigators that Oakley had not been to school for a long time and that every time she tried to check on the girl’s wellbeing, her parents were armed with a different excuse. Even more worrying, Oakley’s older sister had allegedly made several comments to the principal that worried her a great deal.

Just days before the announced end of the search for Oakley, court documents were released appearing to show that Oakley’s older sister believes her sibling is dead.

While at a sleepover with the principal’s daughter and the principal, Oakley’s sister allegedly said that “Oakley is no more” and “There is no Oakley,” according to an affidavit obtained by KCPQ.

During a subsequent interview with a child advocate, Oakley’s sister allegedly said that her mother “had told her not to talk about Oakley” with anyone. The girl also allegedly told the child advocate that Oakley “had gone out into the woods and had been eaten by wolves.”

Authorities say they are pessimistic about the chances of finding Oakley alive, with Johansson last week saying that the likelihood is “not very good at this point.” Johansson reasoned that Oakley’s age and the length of time she’s been missing are particularly worrisome.

Bowers and Carlson have reportedly claimed the last time they saw Oakley alive was Nov. 30, but investigators have not been able to uncover any evidence that she was alive after the family was displaced by a fire at their home on Nov. 6. Shockingly, Oakley’s grandparents reportedly told police they haven’t seen the girl since December 2020.

Johansson told several news outlets that the parents may face manslaughter charges regardless of whether Oakley’s body is found.

Bowers and Carlson are currently scheduled to appear in Grays Harbor County District Court on the abandonment charges on Dec. 30.

Authorities asked anyone with information on the case to contact detectives at 360-533-8765.