Multiple shooters on a Washington, D.C., street left three people for dead this weekend, including a medical worker for one of the city’s top hospitals, police said. Now, the police chief wants the public’s help in solving a suspected triple murder.

Though publicly known leads are scare, authorities released a still frame of surveillance footage from what they believe to be the suspect vehicle, hoping it leads them to the people they say are responsible.

Officers say that a group of people were standing at the 600 block of Longfellow Street, NW, on Saturday just after 7:30 p.m., when more than one shooter stepped out of a black Honda Accord and opened fire. Keenan Braxton, 24, Donnetta Dyson, 31, and Johnny Joyner, 37, all died. Three others sustained injuries that were not life threatening.

“We believe the suspects in this vehicle exited, fired shots into a crowd of individuals that were in the 600 block of Longfellow Street,” Metropolitan Police Department Chief Robert Contee told reporters. Asked if there was a confrontation right before the incident, he suggested otherwise.

“It appears that the process took place once they got out of the vehicle,” he said. “They fired shots down the block here.”

The motive remains under investigation. Police did not release a precise number of suspects. Contee simply emphasized that more than one person was responsible.

“We believe more than one person was definitely firing,” he said.

According to the NBC affiliate WRC-TV, a police report stated that authorities recovered two guns from the scene, including a so-called “ghost gun.” Typically homemade weapons with no serial numbers, ghost guns have presented unique problems to law enforcement because they generally cannot be traced. Contee only cited the recovery of one gun during his press conference, where he spoke of the “sickness” of gun violence. Contee said authorities are still trying to ascertain what role the gun played.

He asked for help from members of the public with any home surveillance and Ring cameras that face the street, particularly on 7th Street between Kennedy Street all the way up past nearby Longfellow Street. Contee said authorities wanted footage from the hour of 7:30 p.m. that Saturday night.

Cops described the suspect vehicle as a black Honda Accord. They say it is this one: 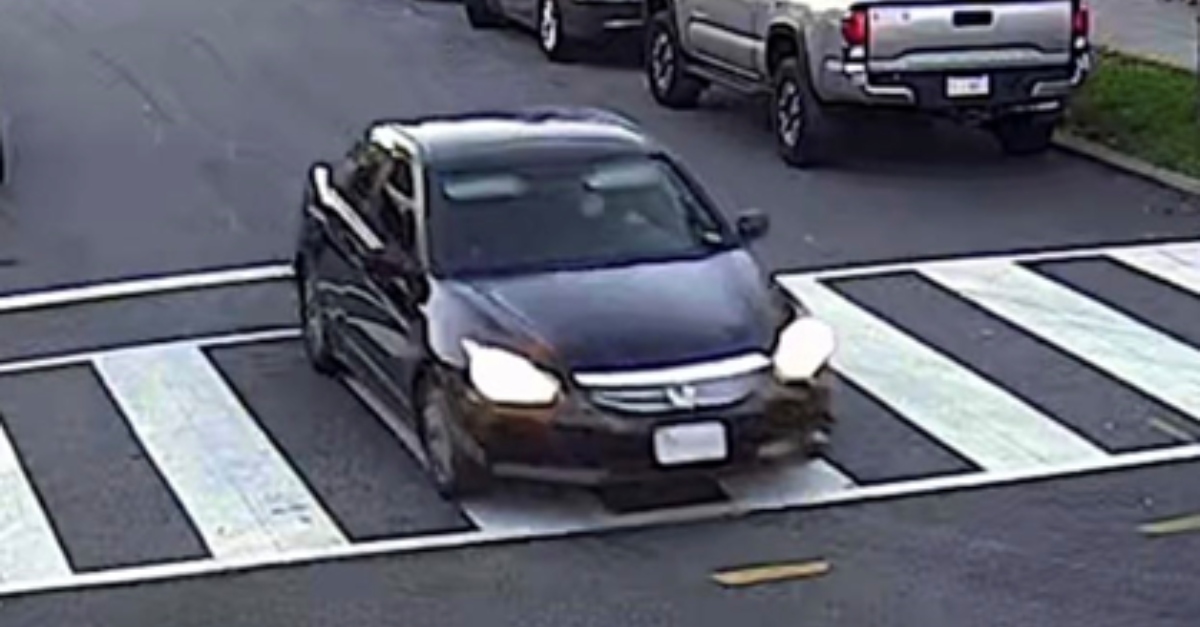 The Metropolitan Police Department currently offers a reward of up to $25,000, per homicide victim, in the District of Columbia, bringing the total reward amount for this case to $75,000 for information leading to the arrest and conviction of the person or persons responsible. Anyone with information pertaining to this case is asked to call the police at 202-727-9099. Additionally, anonymous information may be submitted to the department’s TEXT TIP LINE by sending a text message to 50411.

MedStar Washington Hospital Center identified Dyson was one of their employees.

“The MedStar Washington Hospital Center family is so heartbroken to learn of the passing of Donnetta Dyson, who was a patient services assistant working in the OR,” they wrote on Facebook. “Donnetta had a kind heart, and worked tirelessly serving our patients and the community with grace and dedication. We send our heartfelt condolences and prayers to Donnetta’s family, friends and colleagues.”