‘She Was Still a Baby’: Family Grieves Murder of 15-Year-Old Makeup Artist as Police Announce Arrest of Teen Suspect 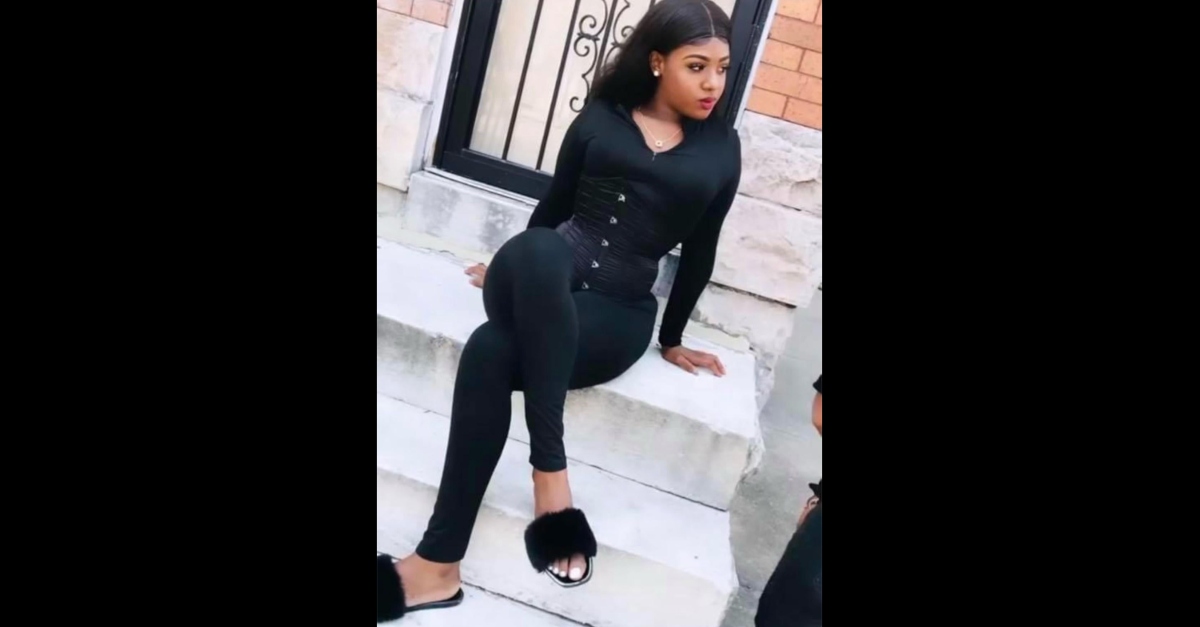 After a young makeup artist was found shot and killed in August, her family said her father was also killed 10 years before, and they voiced hope that there would be an arrest in her case as there was in his. Those hopes were recently fulfilled. Now, prosecutors must prove their allegations in court.

The Baltimore Police Department announced on Monday that they arrested a 16-year-old boy for allegedly shooting and killing Ja’Nyi Weeden, 15.

“On August 10, 2021, at approximately 12:55 a.m., Southwest District patrol officers were dispatched to the 3700 block of Gelston Drive to investigate a reported shooting,” the department wrote. “When officers arrived at the location they observed 15 year-old Ja’Nyi Weeden suffering from an apparent gunshot wounds.”

Police have said evidence suggested that several people were at the scene but left before officers arrived.

Neighbors said an argument preceded the shooting, and police said around 15 people had been in the area, according to WMAR.

“For that many people to be there, and nobody even called the paramedics, or called the police—that’s the most disturbing,” Weeden’s cousin Joshua Autry told the Baltimore-based ABC affiliate in August.

Medics took Weeden to the University of Maryland Shock Trauma Center but personnel determined she could not survive her injuries, police said. They later pronounced her dead.

The case went unsolved for more than two months. Weeden was known as a popular makeup artist, who started her own business, according to WMAR. She also wanted to style hair and dreamed of opening a beauty salon.

“When you lose a young lady like ‘Nyi’, it’s something you feel,” cousin Ramond Durant told the TV station in an Aug. 20 report. “It’s not just a loss. It costs you. Some of you leaves with her.”

“She just lit up everyone,” said her cousin Chanel Autry. “She just had this smile that would make everyone smile even if you were having a bad day.”

Tragedy marked the family’s history before Ja’Nyi Weeden’s death. Her father Jawan Weeden was shot and killed 10 years ago, reportedly just a 10-minute drive away from where she was fatally shot. Family said the killer was arrested, and they voiced hopes the same would happen here.

“Ten years and now I’m dealing with the same incident,” Ja’Nyi’s mother Tabitha Weeden told WBFF. “I would never thought that I would be saying this again ever in my life. It’s tough, I can tell you that.”

Police said they arrested the 16-year-old boy on Friday, and he was formally charged with first-degree murder. Officers did not detail the alleged motive or what evidence led them to him. They did not identify him. Neither did they explain how he knew Weeden, and if he did, how he knew her. Officers made no indication about whether he would be charged as an adult.

Zy Richardson, Communications Director for the Office of the State’s Attorney for Baltimore City, referred Law&Crime to police regarding our questions.

“We’re unable to comment on open and active cases,” she wrote Law&Crime in an email.

Police did not immediately respond to a request for more information.