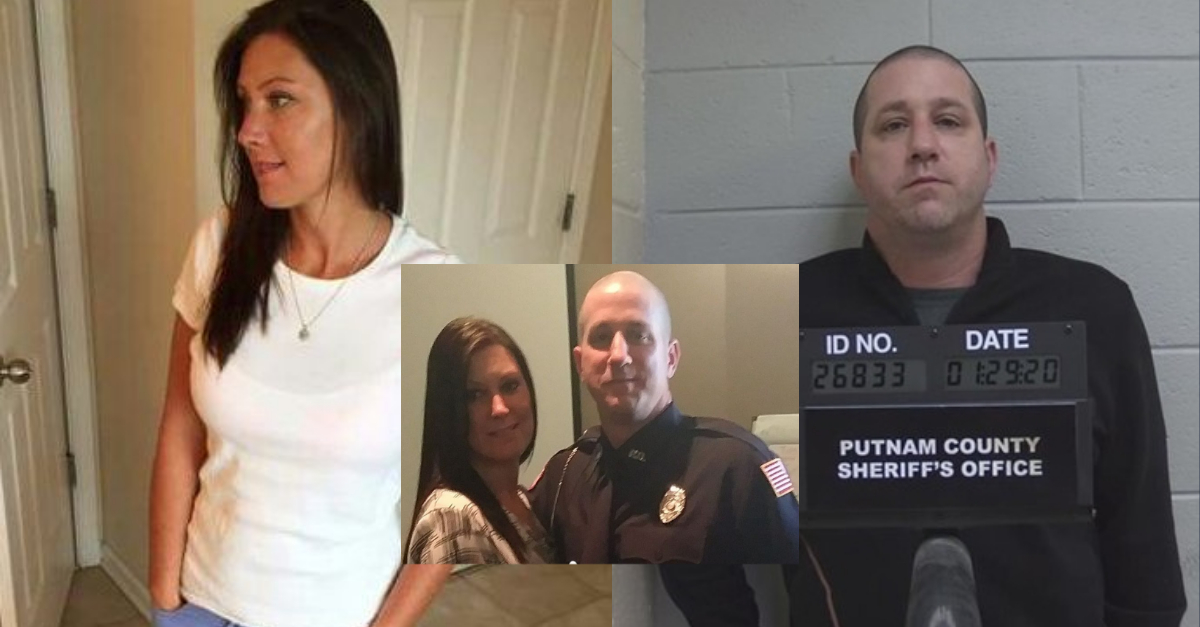 A former Georgia police officer who reported his wife had died by suicide just days after his arrest for domestic battery has been convicted of murder.

Michael Seth Perrault, 45, was found guilty Friday on charges of malice murder, felony murder, aggravated assault, and simple battery, according to Putnam County Court records. The Ocmulgee District Attorney’s Office confirmed the verdict to Law&Crime and revealed that Mr. Perrault had been sentenced to life in prison without the possibility of parole for the charge of malice murder.

Three of those charges relate to the death of Amanda Perrault on Feb. 3, 2020, according to court records, and the fourth charge of simple battery stems from an incident that happened just a few days before on Jan. 28.

Mr. Perrault had been ordered to have no contact with his wife as a condition of his release following that Jan. 28 incident, but his wife urged the judge to vacate the order since her husband had nowhere to go, reported The Union Recorder.

It was Mr. Perrault who called authorities to report that his wife had shot herself on the day of her death, as detailed by his former boss Chief Kent Lawrence of the Eatonton Police Department. Mr. Perrault called Chief Lawrence before calling emergency services.

“He was screaming and babbling where I could not understand him. When I got his attention I told him to calm down where I could understand what he was trying to tell me,” Chief Lawrence said in a press release a few days after the murder. “Then I finally understood him to say that his wife had killed herself.”

Chief Lawrence then contacted an investigator from his staff as well as someone from the Putnam County Sheriff’s Office using his radio, instructing the men to get to the scene while he kept Mr. Perrault on the phone and tried to keep his calm.

At the time, Mr. Perrault was already in trouble with the department explained Chief Lawrence in the news release.

“Seth is on administrative leave from the police department without pay from the first incident when he was charged with Simple Battery-Family Violence and Cruelty to children third degree,” the release continued. “During the internal investigation by the Eatonton Police Dept., on these charges, this matter could lead to termination from the police dept. at the end of the internal investigation.”

Putnam County Sheriff Howard R. Sills was one of the men Chief Lawrence radioed while on the phone with Mr. Perrault, and he testified for the prosecution throughout the proceedings, The Union Recorder reported.

It did not take long for Sheriff Sills to question the claims being made by Mr. Perrault about his wife’s death.

“I went into the house,” Sheriff Sills said under oath, according to The Union Recorder. “Once I physically saw the scene, I came back out and requested permission to search the home.”

Sheriff Sills asked Mr. Perrault if he would like to come to answer some questions at the station at one point, assuring the officer he was not under arrest. Mr. Perrault agreed, but a tape of that conversation made it clear that he was avoiding all questions about his wife’s death, according to The Union Recorder.

At the preliminary hearing to determine if the case would be presented to a grand jury for possible indictment, Sheriff Sills recounted what Mr. Perrault told him had happened that day.

“He said that they were laying in bed together,” Sheriff Sills testified, according to The Union Recorder. “They had been arguing, and that she just suddenly produced the handgun, looked him in the eye, and said, ‘I can’t take this anymore’ or something to that effect, and shot herself. He was adamant that he didn’t touch the body, remove the body or touch the pistol.”

When asked by the judge what he thought of Mr. Perrault’s claims that he had not touched his wife’s body after her death, Sheriff Sills stated: “It was clearly a lie.”

He later expanded on that answer, telling the judge: “It was absolutely obvious to me that Amanda Perrault could not have shot herself. The way her body was positioned, where the magazine was, where the pistol was — none of that could have happened with the blood that I mentioned on the floor. That was impossible. Somebody had to have taken the magazine from that pistol, move that pistol to the location it was, and had to have moved that body.”

[Editor’s note: this piece has been updated. The name of the police department was misspelled in the original, and the original incorrectly referenced a “burn.” The word “burn” did not appear in the original press release, which is reproduced in full above.]