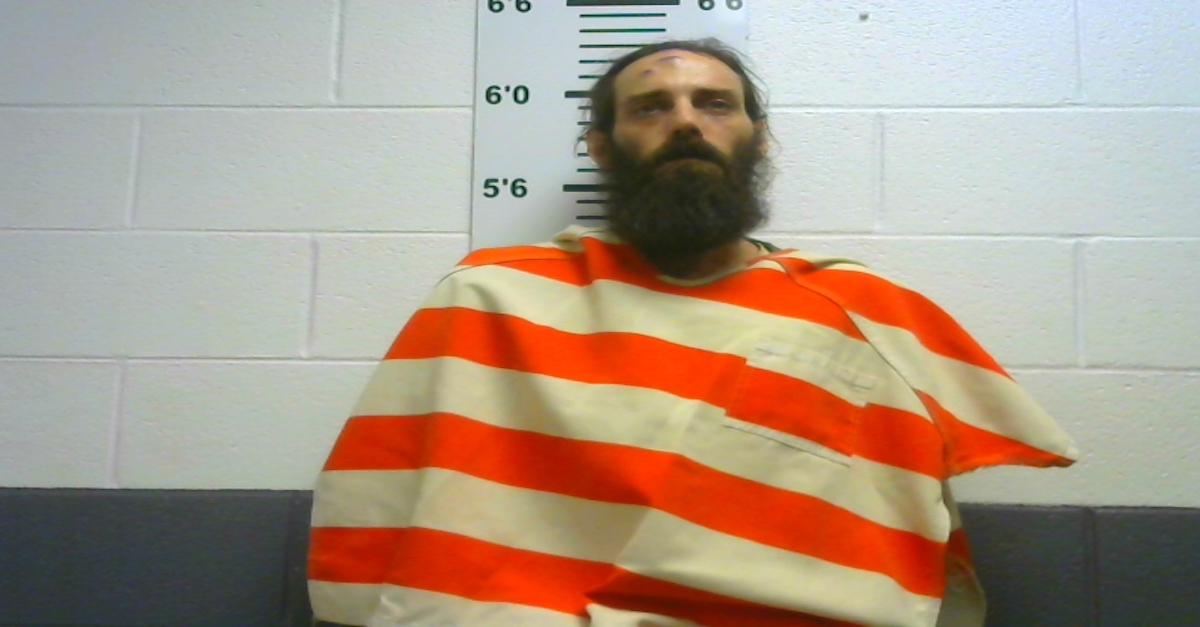 Officials arrested a Tennessee father on child abuse and neglect charges after he was found barricaded with his six-year-old daughter in an unventilated and decrepit outbuilding on the man’s property.

Nicholas Reeder, 34, and his daughter Kinzleigh, 6, were found “alive but barricaded in an outbuilding with little food and water on Reeder’s property” on Friday, DeKalb County Sheriff Patrick Ray said in a statement.

“The DeKalb County Sheriff’s Department along with other agencies from across middle Tennessee have diligently worked around the clock looking for Kinzleigh Reeder,” Ray said. “It all came to end on Friday evening when the child was located in an outbuilding with her father.”

Kinzleigh had been missing since May 26. She had previously been removed from her father’s custody in March, when Reeder and Kinzleigh were found “camped out under a bridge in rising creek water on the cold rainy night of March 18 at Dry Creek and Pea Ridge Road,” Ray said in a statement.

“Authorities learned that Reeder had driven his Nissan Rogue off the roadway into the creek bed where it got stuck during heavy rain and creek flooding,” Ray continued. “Kinzleigh was with Reeder at the time. Reeder was later charged with child abuse and neglect and Kinzleigh was placed into the temporary custody of a family member by the Department of Children’s Services.”

After Reeder’s release from jail, DCS gave Reeder approval to live in the same home where Kinzleigh was staying.

Ray said that “hundreds of manpower hours” went into the search for Kinzleigh. Airplanes with thermal imaging and drones were also used, Ray said.

“Officers did have to make forcible entry where they came in contact with Nicholas and Kinzleigh Reeder,” Ray said. “The door to the outbuilding was barricaded and the windows had been covered up with metal. There was no ventilation and air conditioning inside the small outbuilding. There was barely any food or water for the child.”

Ray added that there was a “strong ammonia smell” where the two had been using a five-gallon bucket for a toilet.

“We made entry into the building and discovered the suspect and child in the back of the shed behind blankets that were hanging from a makeshift clothesline,” Rutherford County Sheriff’s Sgt. James Holloway said in a statement Monday, according to News 4 Nashville.

Kinzleigh was released to the custody of the Tennessee Department of Children’s Services, and Reeder was arrested for child abuse and neglect, failure to appear, and custodial interference, according to the DeKalb County Sheriff’s office.

A bloodhound was brought in to help with the search.

“After smelling an item belonging to the father, [bloodhound] Fred was released and eventually sat down near the door of an outbuilding,” News 4 Nashville reported. “This action indicates he found the father.”