There has been an arrest in the stray bullet death of a 15-year-old Arizona girl. Fernando Pina, 35, was identified by police in a press conference on Monday as the man who shot and killed Graciela Molina, 15, in Phoenix. As the allegations stand, the Friday night incident was an accident, but one which resulted in criminal culpability nonetheless.

Pina was “recreationally” firing a gun at least 100 yards from Pina’s home, according to the police version of events. Meanwhile, Graciela was in her bedroom of the second story of her home with family members assembling a new bed. That is when the bullet pieced the window and struck her, officers said.

A man has been arrested in connection with the homicide of 15 y/o, Graciela Molina from a stray bullet. The homicide happened June 25 near 48th St/Broadway Rd. For more info. on the arrest watch our FB live (https://t.co/E9jSvfSUwU) press conference at 11:30 a.m. pic.twitter.com/OP51d35zFr

“She was transported to a local hospital where she later passed away,” police said. “Her loss devastated her family and left the community and investigators trying to wrap their heads around the heartbreaking case.”

Senseless and tragic. 15yo Graciela Molina known as Andrea to loved ones, was the oldest of 4. To help the Molina family, a @gofundme has been set up for donations. #fox10phoenix https://t.co/ORzNLhYDQ2 https://t.co/v8TEU1X93m pic.twitter.com/4hLwbqn2be

A person stepped forward and gave information on the case leading to the arrest, Executive Assistant Chief Michael Kurtenbach told reporters. Kurtenbach citied but did not specify forensic evidence tying Pina to the shooting.

The man was shooting in the direction of the home “very recklessly,” he said. 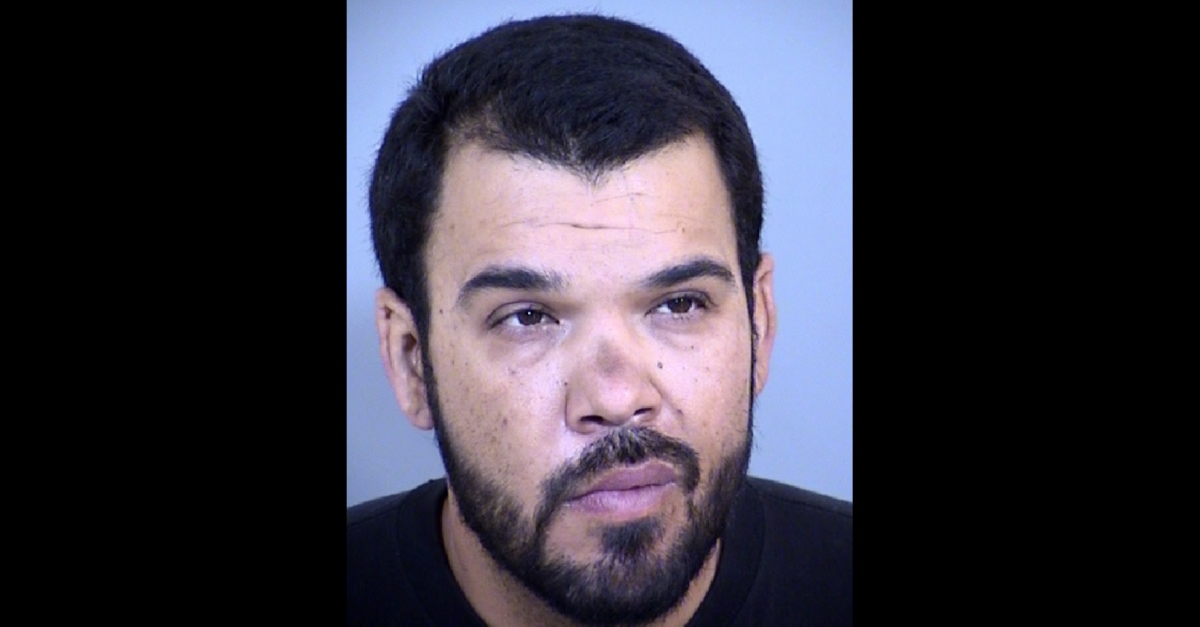 “By all accounts [Pina] was just an average person who made a bad decision,” said police Sgt. Andy Williams.

Pina faces a count of manslaughter, two counts of endangerment, and two counts of discharging a firearm in city limits, Williams said.