S.C. Man Living Under Assumed Name Arrested in Oregon Arrested by U.S. Marshals for Allegedly Stabbing Wife to Death and Running Off with Teenage Girl in 2016 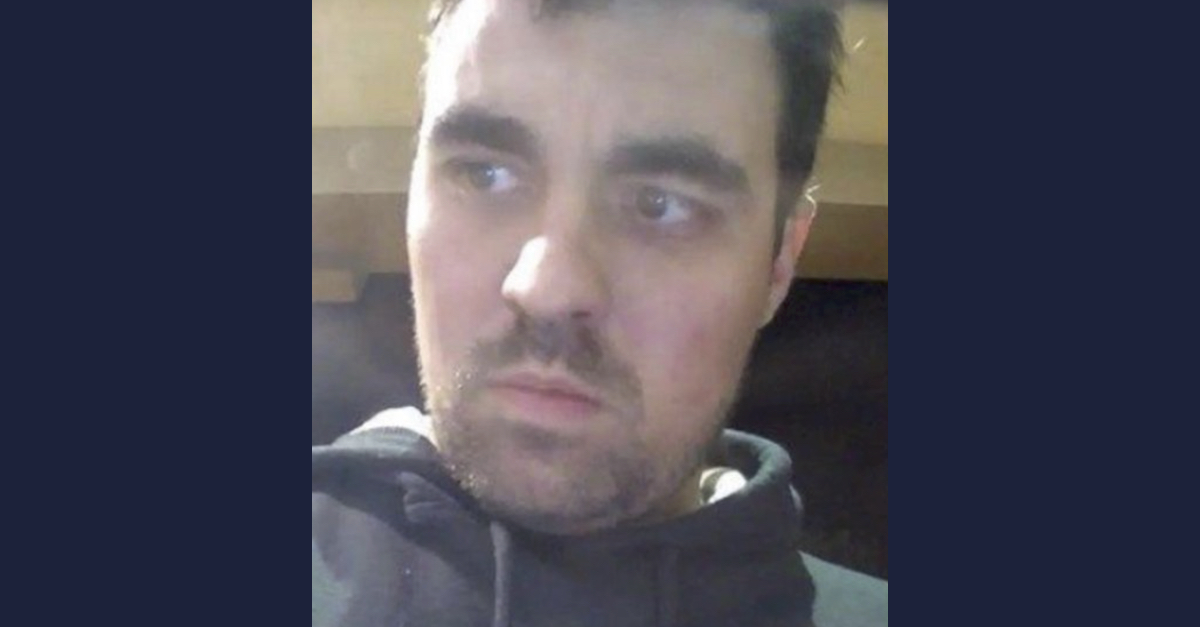 After nearly six years on the lam, a South Carolina man and alleged U.S. Army deserter also wanted for the murder of his wife has finally been apprehended by the U.S. Marshals Service.

John Tufton Blauvelt, 33, was taken into custody late in the afternoon on Wednesday, July 20, 2022 by the Pacific North West Violent Offender Task Force along with the help of the Jackson County Sheriff’s Office and the Medford Police Department in Oregon.

Authorities have long been looking to apprehend Blauvelt over the late October 2016 murder of 22-year-old Catherine “Cati” Ann Blauvelt, who was found by Simpsonville Police officers in the basement of a home that had been abandoned for some 20 years.

Army Recruiter John Blauvelt is wanted for the murder of his wife, 22-year-old Cati Blauvelt. Authorities need your help bringing him to justice. Learn more details on this week’s Unsolved Mysteries podcast. pic.twitter.com/Yg0EiZkYfU

“I hope that the arrest of John Blauvelt brings Cati’s family some relief from the situation that they have had to endure the past few years,” Simpsonville Police Chief Mike Henshaw said. “I want to thank the U.S. Marshals Service and all the various agencies that assisted in making this arrest possible.”

According to the Greenville News, Cati Blauvelt last spoke with a family member on the day she died. She was last seen alive leaving the Greenville PetSmart where she worked mid-afternoon the day before. She was reported missing by her mother after failing to meet up with friends after work, the U.S. Marshals said. She was found stabbed to death hours later.

“I called her and asked her what she was doing and she said she was driving and I asked her where she was going she said she didn’t know,” the victim’s niece, Chyanne Paxton, told Greenville, S.C.-Fox affiliate WHNS in 2017.

“And I really didn’t think about it at the time, but she said she’ll be there to get us in an hour so we can go get food and I said OK, and I told her I loved her when I got off the phone,” her niece continued. “I fell sleep and when I woke up she had not called or knocked or anything.”

Cati Blauvelt was remembered fondly by her loved ones.

HAPPENING NOW: The family of Cati Blauvelt & one of the lead investigators from Simpsonville PD. speak about the arrest of John Blauvelt almost 6 years after his then-estranged wife, Cati was found dead.

John Blauvelt was wanted in connection with her death. @wyffnews4 pic.twitter.com/w1UbMmcNrp

“She was like a bright light, she just cheered everybody up when they were down,” her mother, Patricia Piver, told the TV station years ago. “She was always there for anybody who needed her.”

A suspect from the early stages of the investigation, the defendant was formally accused of his wife’s murder on Nov. 18, 2016. Warrants were issued for his arrest on charges of murder and possession of a weapon during the commission of a violent crime.

By then, however, the suspect was long gone.

The Army classified the former recruitment officer – who worked in Greenville County – as a deserter soon after he left the area, the U.S. Marshals said in a press release. Before his arrest, the defendant was allegedly last seen in Las Cruces, New Mexico traveling with his then-17-year-old companion Hannah Thompson in November 2016.

The adult-minor pair were last seen in the Palmetto State leaving the small town of Fountain Inn, S.C.

In December 2016, Thompson – who was quickly reported missing to the Fountain Inn Police Department by her family – was found safe and secure in the Beaver State, having been cast aside by the wanted man after traveling through Alabama, Texas, and California.

“She went to a family friend’s home in Eugene and called her parents, saying she wanted to come home,” the U.S. Marshals said of Thompson. “She and Blauvelt had been homeless while in Oregon.”

Details about the suspect’s arrest are scarce, however, the federal agency tasked with ascertaining wanted individuals said they learned he was in Medford, Ore. living under the assumed name of “Ben Klein.” Authorities said he was arrested “without incident.”

Blauvelt is currently being detained in the Jackson County jail in Oregon, where he is awaiting extradition to South Carolina.

“Justice isn’t served yet,” Cati’s sister Brandi Blackwell said during a press conference immediately after the long sought after defendant was arrested. “We need him to be found guilty for closure.”