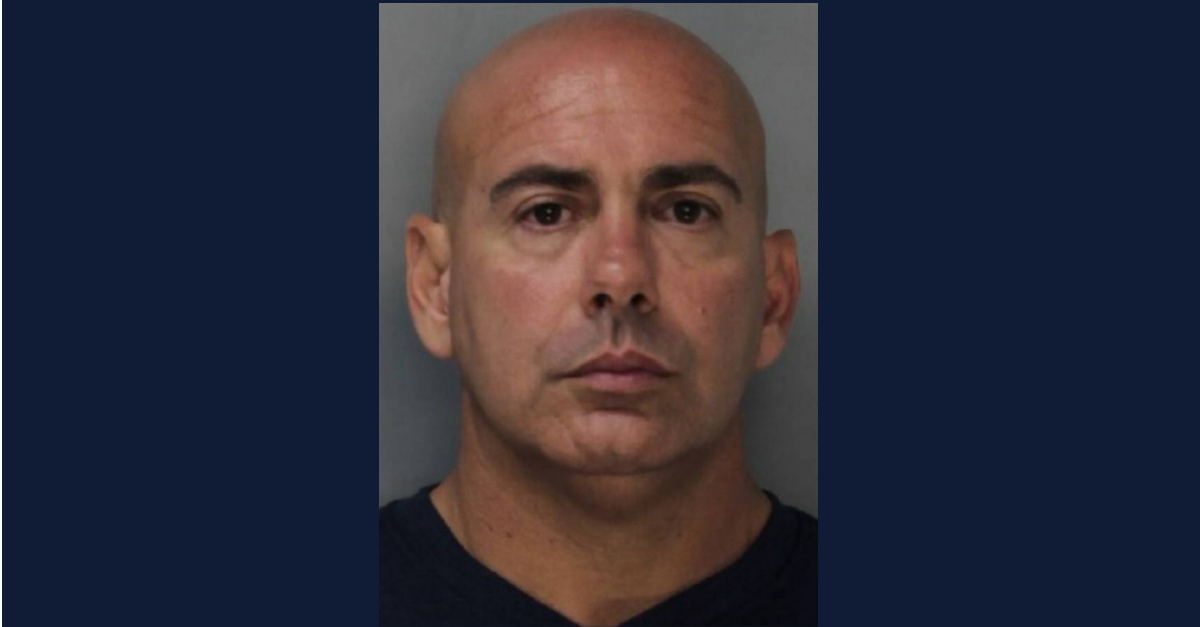 Braulio Gonzalez is facing at least 25 years in prison.  (Mugshot via the Miami-Dade Police.)

A former lieutenant with the Miami-Dade Police Department accused of molesting an underage family member at gunpoint is now facing up to 48 years in prison after jurors convicted him on seven counts of lewd and lascivious molestation of a child and a single count of kidnapping.

Braulio Gonzalez, 47, did not have to wait long to learn his fate, either, as the jury returned with its verdict after just 15 minutes of deliberation on Thursday.

The disgraced cop’s arrest in 2018 came after one of the victims told her psychologist that Gonzalez sexually assaulted her when she was just eight years old. That minor female later told Child Protective Services employees that Gonzalez “would touch her vagina, breasts, and buttocks over and under her clothing.”

The alleged assaults happened for two years; prosecutors asserted that that they started in 2011 and ended in 2013 when the victim turned 10. The kidnapping charge stems from Gonzalez’s alleged actions during what the jury agreed was his first encounter with one of the minors.

“She described being woken up and seeing the defendant pointing a firearm at her head,” said state court documents filed at the time of Gonzalez’s arrest. “The defendant told her that if she didn’t follow him, he would kill her sibling who was sleeping in the same bedroom on another bed.”

The victim said that threat got her moving, and it might explain why she waited so long to share her accusations with another person.

“The defendant led the victim to his bedroom, and she was told to lay down on his bed,” the document continued.  “The defendant put on a movie and laid down next to the victim. He began rubbing her stomach, then fondled her breasts, vagina, and buttocks over her clothing. The defendant continued doing this over the next two years.”

Gonzalez’s lawyer worked out a deal that allowed him to await trial while under house arrest. The defendant continued to collect his taxpayer-funded salary even after his arrest, as his department opted to put him on paid leave.

Nine months after the indictment on those initial charges, another minor female came forward to accuse Gonzalez. According to court documents, the second victim accused Gonzalez of entering a bathroom and watching her shower when she was between the ages of 9 and 11.

This new information convinced a judge to send Gonzalez to jail ahead of trial. The defendant remains incarcerated today. He faces a minimum of 25 years in prison at his sentencing in April but could serve up to 48 years, depending on the judge’s decision.

The defendant maintained his innocence and said again on Thursday that he never molested either of his accusers. A lawyer for Gonzalez tells Law&Crime that he will be appealing the verdict.

As the Miami Herald first reported, police records show that Gonzalez allegedly assaulted other women before the charges that led to his conviction this week. Three of his ex-girlfriends claimed to have suffered severe injuries after Gonzalez reportedly attacked them, with one suffering a broken nose and another a broken arm, according to police records. Two of the woman claimed he pointed a firearm at them as well, those records show. Even after his superiors learned this information, he did not lose his job with the Miami-Dade police force, the documents indicate.