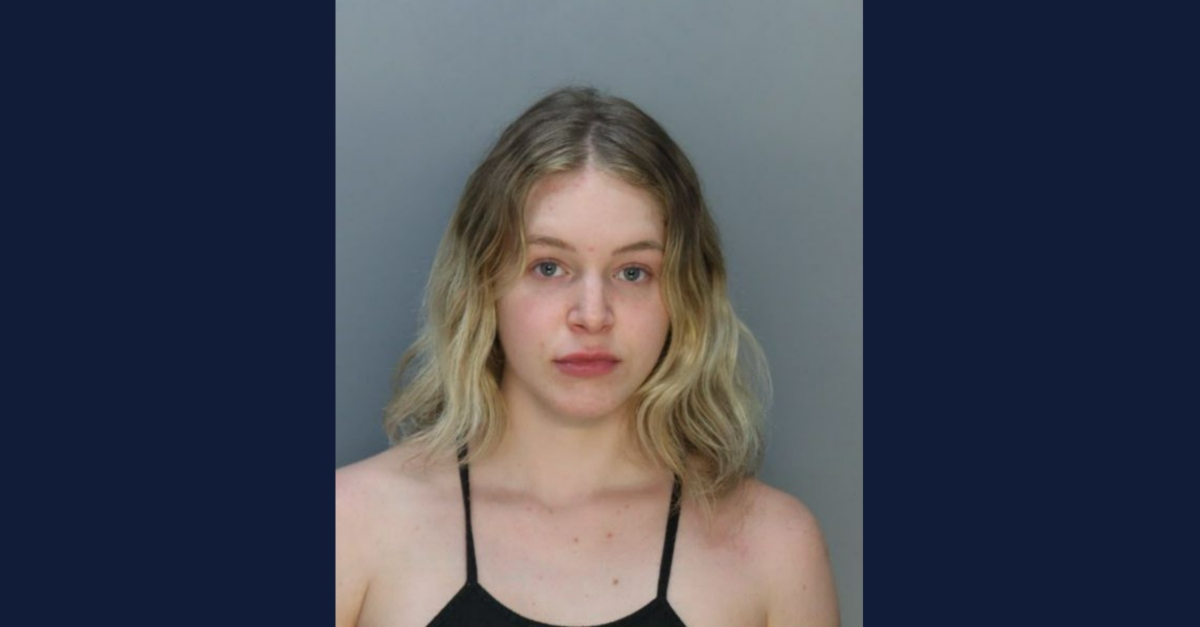 The OnlyFans model accused of murdering her boyfriend has been extradited back to Florida and is being held without bond, online records show.

Courtney Taylor Clenney, 26, was arrested back on Aug. 10 in the community of Laupahoehoe, Hawaii. Now she is back in the Sunshine State, where she is charged with second-degree murder for stabbing Christian Tobechukwu “Toby” Obumseli, 27, to death at their apartment.

She remains locked up at the jail in Miami-Dade County.

Clenney, known online as Courtney Tailor, appeared in court for a first appearance on Saturday, according to WPLG. An attorney argued there was not probable cause for second-degree murder.

“At best, it’s manslaughter,” he said.

Prosecutors say Clenney stabbed Obumseli to death in their apartment on April 3. Though she allegedly said she thew the knife at him, they maintain that would not have been enough to cause the victim’s injuries. Obumseli died of a “forceful downward thrust,” prosecutors said.

Clenney abused Obumseli during the relationship, authorities said. They released elevator footage from February in which she repeatedly struck him.

Her attorney Frank Prieto previously asserted that his client stabbed Obumseli in self-defense during the April incident. The February footage did not show what lead up to the events in the elevator, he said in a statement obtained by Law&Crime.

“Obumseli was the abuser, the worst kind of abuser,” Prieto said. “He would manipulate and abuse Courtney in private when he thought nobody was around. Do not forget that the initial investigation from the City of Miami Police Department uncovered an independent witness who saw Obumseli hitting Courtney in the head while he thought he was in the privacy of Courtney’s apartment.”

“We’ve seen her hit him,” Ashley Vaughn, a friend of the couple, told WPLG in April. “I’ve never seen him hit her.”

Neighbor Aidan Nesvisky, who lived downstairs from the couple when they resided in Austin, Texas, told KTBC in an Aug. 15 report that Clenney and Obumseli often got into raucous fights, though he did not know who started it.

“Behind closed doors, we just started hearing some shouting, yelling,” he said. “We don’t know who was starting what. We didn’t get a lot of context. Occasionally we would hear some glasses break and some banging on the walls, floors. Not sure who was doing it.”

At the time of her arrest, Clenney had been in Hawaii getting treatment for post-traumatic stress disorder and substance abuse problems, Prieto told The Miami Herald.

In the first appearance hearing on Saturday, her attorney argued the state cherry-picked her text messages and also failed to account for bruises on her body.

“The detective also indicated there were no signs of bruising that were consistent with Miss Clenney,” a lawyer reportedly said. “I was at the homicide unit and I have photographs of her bruising.”

Miami-Dade Judge Jacqueline Woodward told the defense to file a motion and let another judge handle it.

“Miss Clenney, your attorneys are here and they’re fighting hard for you, but at this time, I’m not really the judge who should be making these decisions,” Woodward said. “It should be a judge who knows a little bit more about your case.”

An arraignment is scheduled for Sept. 6.