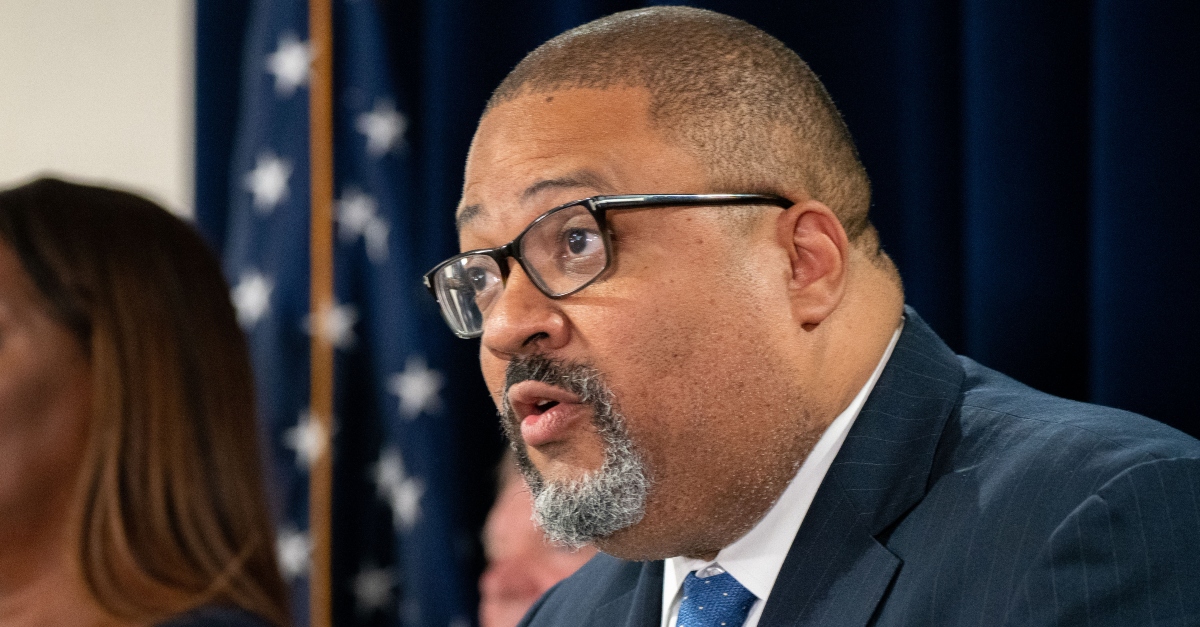 Manhattan’s top prosecutor is asking a judge to dismiss the indictment against a woman charged with stabbing her estranged husband to death. District Attorney Alvin Bragg suggested that he could not get defendant Tracy McCarter, 47, convicted for murder in the second degree, and that the law tied his hands by stopping him from pursuing a lesser crime.

“I make this decision with full awareness of the life that was taken in this tragic incident and the many people who are impacted by Ms. McCarter’s stabbing of Mr. Murray,” he wrote in a Friday letter addressed to Justice Diane Kiesel of the New York State Supreme Court. “I regret that my constitutional prerogative is limited now to a choice between proceeding or not on a charge of murder in the second degree. Between those choices, however, I cannot responsibly go forward.”

Authorities said McCarter, a nurse, stabbed her husband James Murray, 48, to death at her Upper West Side apartment on March 2, 2020. The case became a cause célèbre as McCarter said Murray physically abused her.

They separated back in July 2019, according to a Gothamist profile from Sept. 9, 2020. She said that Murray subjected her to repeated physical abuse: in the words of the outlet, “kicking striking, and choking her.”

Murray was reportedly a drinker, going to rehab five times.

“I could not continue to put myself at risk,” McCarter said, explaining why she moved out.

But Murray rang her buzzer on March 2, 2020 and demanded she let him in, she said. He allegedly demanded more money for alcohol, and he attacked her. She allegedly stabbed him once in the chest while defending herself.

Murray had stormed through the building hours before the incident, superintendent Rafael Fermin said at the time, according to The New York Post.

“He was very drunk, ringing all the doorbells in the apartment,” Fermin told the Post. “Ringing all the bells, trying to get someone to let him in.”

Hours later, his daughter told him about screams for help. He arrived at the apartment to find McCarter over her husband’s body, as blood covered the floor. She called out for help.

“She was screaming, ‘Come help or he is going to die!’ ” Fermin said. “She had towels on his chest trying to stop the bleeding.”

“The prosecutors in this case have been presented with independent, corroborated evidence from multiple sources that Tracy is a victim of repeated instances of domestic violence at the hands of the decedent, always during occasions when he was drunk, as he was on the night he died,” McCarter attorney Sean Hecker said at the time with co-counsel Jacob Buchdahl and Jeffrey Brown, according to Gothamist.

Even Bragg voiced support from his campaign Twitter account on Sept. 10, 2020. He became Manhattan D.A. the following year — and yet he kept going with the prosecution.

I #StandWithTracy. Prosecuting a domestic violence survivor who acted in self-defense is unjust. https://t.co/WPWfdmcAQG

“It’s disheartening seeing the betrayals in the legal system. Things not going according to justice and dragging on for so long,” McCarter’s adult son Justin McCarter told The New York Post. “Do your job. Do what you promised.”

Now Bragg says he is at an impasse in McCarter’s case.

“Mr. Murray’s death was a tragedy, and I am fully aware of the gravity of this incident and the many people who have been affected by Mr. Murray’s death,” he wrote on Friday. “However, after carefully reviewing all the evidence and extensively discussing this matter with members of my office, I have a reasonable doubt of whether Ms. McCarter stabbed Mr. Murray with the requisite intent to support a conviction of murder in the second degree.”

“Mr. Bragg has righted a grievous injustice,” he said in a statement obtained by Law&Crime. “Tracy McCarter is an innocent survivor of domestic violence who has suffered mightily from a criminal justice system that demands change. We are grateful to all those who have supported Ms. McCarter and heard her pleas.”