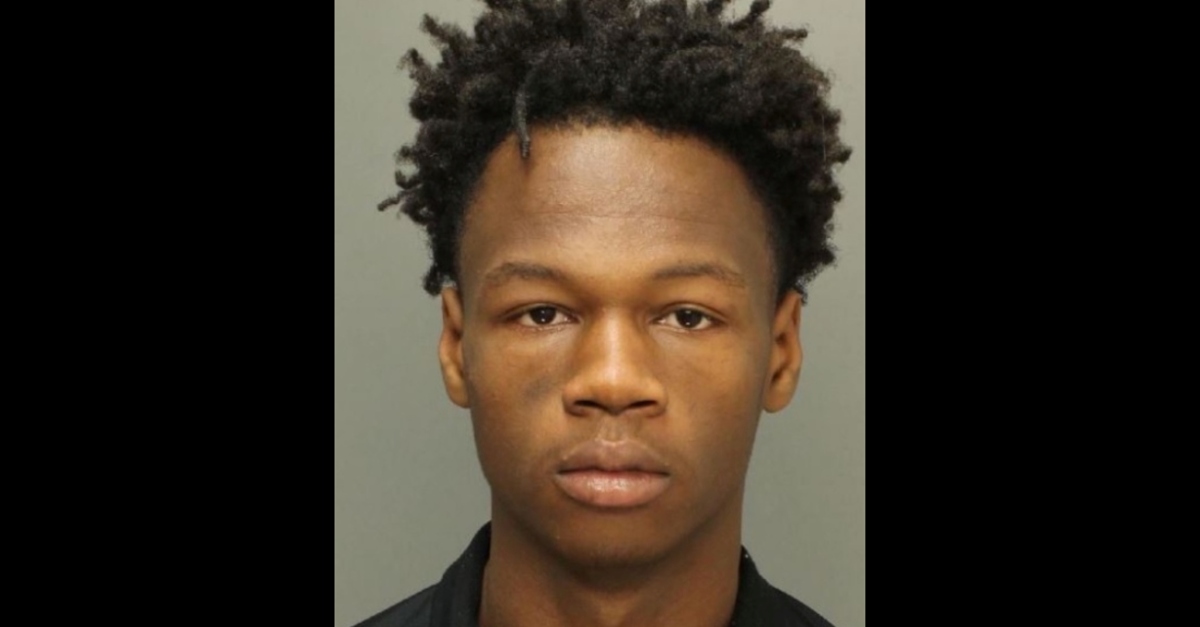 UPDATE: Latif Williams turned himself in on Wednesday night.

BREAKING: Latif Williams, 17, surrendered a short time ago to homicide detectives — a murder warrant was issued for his arrest, in connection to the fatal shooting on Sunday of Samuel Collington, 21. @CBSPhilly pic.twitter.com/AjLoVrRftP

Philadelphia police investigating a murder case are looking for a 17-year-old, saying he shot and killed a local university student over the weekend. Cops identified the suspect as Latif Williams.

Williams is the person who shot and killed Temple University senior Samuel Sean Collington, 21, on Sunday afternoon, cops said in a statement obtained by Law&Crime.

Officers said they responded to an E-911 call regarding a person with a gun on the 2200 block of North Park Avenue. Cops found Collington with gunshot wounds to the chest and back. Authorities took Collington to Temple University Hospital, where he was pronounced dead at 1:57 p.m., just minutes after the 911 call. Officers said they did not recover a weapon at the scene.

Statement from @TempleUniv tonight on fatal shooting of student Samuel Collington, 21. Police say he was shot during an attempted robbery. @CBSPhilly pic.twitter.com/BAfWuNAztV

I spoke with a friend, and the chair of political science at Temple tonight.. both of whom said Sam Collington was trying to combat the very thing that led to his death Sunday in North Philly. ⁦@NBCPhiladelphia⁩ pic.twitter.com/jDxWGatWp6

“We mourn the loss of a bright and thriving political science student, and share in the wrenching grief of his family and friends,” Temple University Executive Director of Public Safety Charlie Leone said in a statement Sunday. “Samuel was set to graduate this spring from the College of Liberal Arts, and already was succeeding in his field, interning as a Democracy Fellow with the city. This is a true tragedy in every sense of the word. As a father, this truly breaks my heart and is incomprehensible.”

Leone said students can seek support through Tuttleman Counseling Services. They can get more information on services and scheduling on the website, or by calling 215-204-7276.

“We know that these thoughts, no matter how strongly felt, cannot repair their broken hearts—so it is with humility that we offer our deepest condolences to those who were closest to Samuel, especially his mother Molly and father Dennis,” Leone wrote.