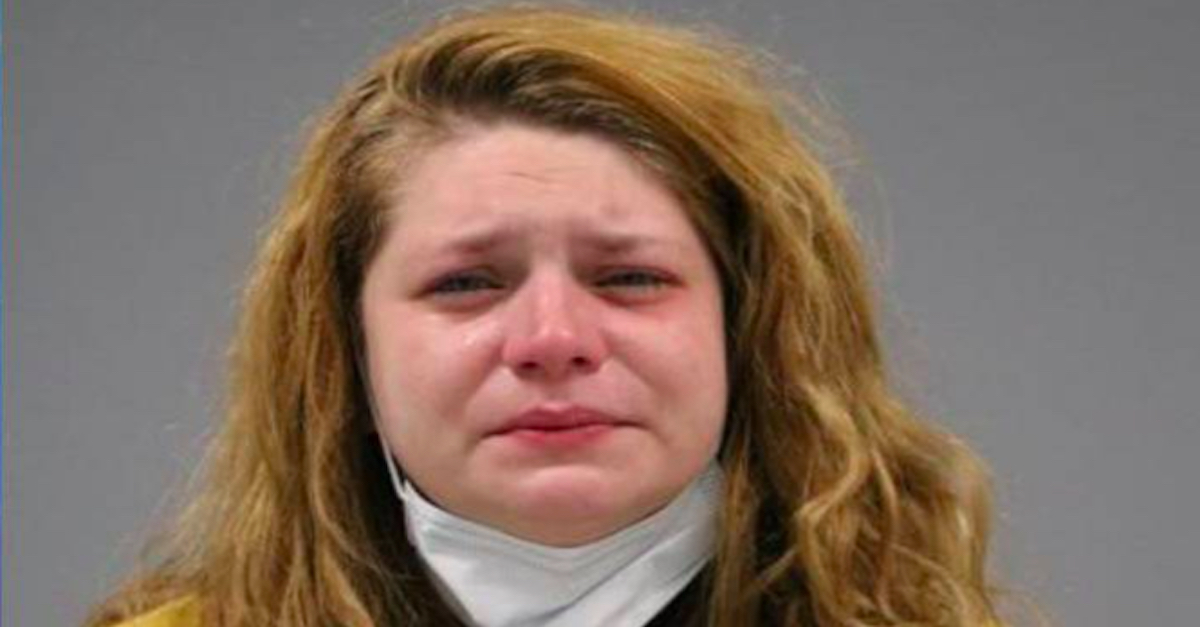 A Pennsylvania woman is facing a murder charge after her infant daughter died from ingesting heroin that the mother allegedly dropped in their home.

Miller had initially been charged with aggravated assault, endangering the welfare of a child, reckless endangerment, and possession.

According to the criminal complaint, a copy of which was obtained by the Pittsburgh Tribune-Review, officers with the Ambridge Police Department  were dispatched to a home located in the 1000 block of Rice Avenue at approximately 2 p.m. on Sept. 25 in response to a report about an unresponsive baby. Upon arriving at the residence, first-responders reportedly said they found Miller standing in the doorway holding the infant, who was not breathing. The child reportedly had no pulse and “appeared blue.”

When officers asked Miller what happened to the child, she reportedly said, “Please sir, she needs Narcan.”

Narcan is a naloxone-based prescription nasal spray that blocks opioid receptors and can quickly reverse the effects of an opioid overdose, per the National Institute on Drug Abuse.

Miller reportedly explained that she was a recovering addict and had found several old stamp bags—small wax packets commonly used in the distribution of heroin—in an old purse she had kept in her closet. She admitted to using the doses from two of the bags earlier in the day and said she put the remaining bags in her waistband, per the Tribune-Review.

She reportedly told the officers that the stamp bags must have come loose and fallen out of her waistband at some point without her noticing and landed where the infant could reach them. She later found her daughter not breathing and called 911 then reportedly found the stamp bags in the child’s mouth.

According to the complaint, Miller told police that her daughter had been “down for five minutes.”

The child did not respond to the first dose of Narcan administered by police, per the complaint. A second dose was administered and an officer performed CPR until Emergency Medical Services arrived and rushed the infant to Heritage Valley Beaver Hospital in Brighton.

The infant was later flown to UMPC Children’s Hospital of Pittsburgh where the Allegheny County Medical Examiner said she was pronounced dead on Saturday.

“We’re seeing more and more instances where people have their drugs within arm’s reach of children and it’s especially lethal since more and more these drugs are laced with fentanyl,” Karen Pavan of Oasis Recovery Center told KDKA.

“It’s devastating for the family. The child has no reason or blame for what happened — a 10-month-old baby girl. It’s just the heroin crisis we’re in,” DeLuca told KDKA.

Miller is currently being held in the Beaver County Jail on $200,000 bond.