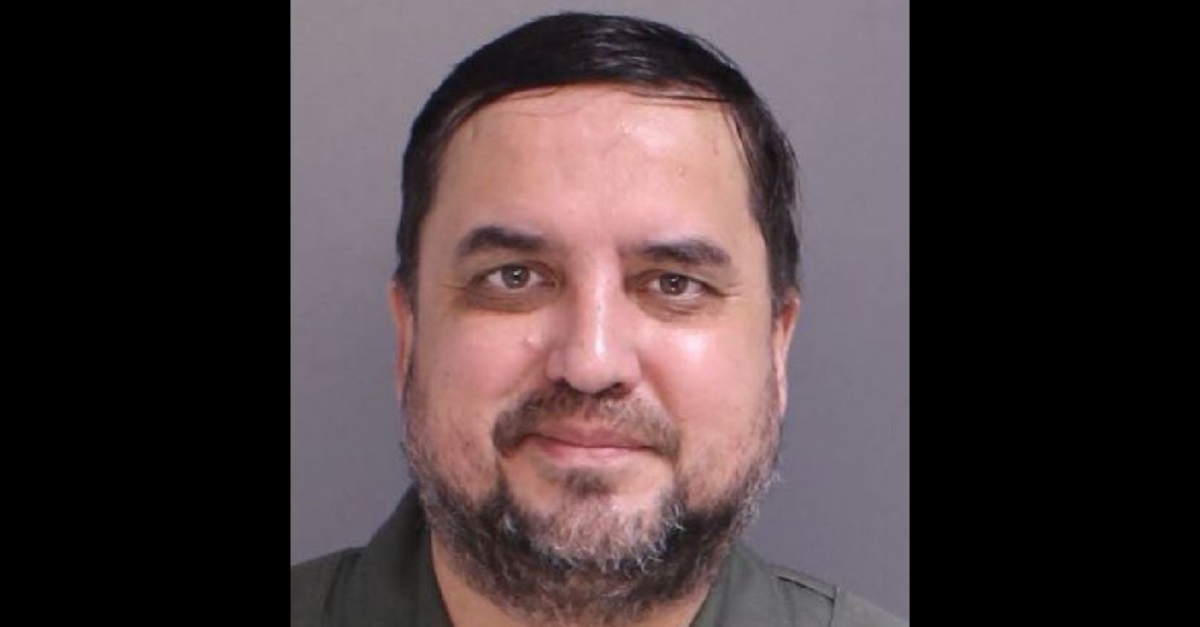 Authorities in Northampton Township, Pennsylvania say a local man shot his dog, then charred the remains on a charcoal grill.

Nikolay Lukyanchikov, 49, was arrested Friday. Police said they responded to a report of a fire pit and couch on fire in the front yard of a home on Holly Knoll Drive at about 7:12 a.m. Officers claimed to find the defendant Lukyanchikov sitting on a bench near a fire. He had his gun to his right on the bench. Cops said they discovered a badly burned and charred “unknown animal” on top of a small metal charcoal grill.

They later determined this was the defendant’s dog.

The defendant shot the dog before the grilling, according to prosecutors and the affidavit in Philadelphia Inquirer report. Bail was set at $1 million in Bucks County Corrections. The state argued the defendant was a danger to the community.

Officers described Lukyanchikov as “incredibly intoxicated” and unable to talk. He was setting $100 bills on fire with lighter fluid inside a metal pit, which had a barbecue grate on it. On the grate was the badly burned animal.

Cops put out the fire and determined the victim was a small dog. According to investigators, the defendant’s roommate told cops she heard gunshots from his room, and that he admitted shooting the dog. Police said they found bullet holes in a bedroom, blood and gore in the hallway, and a gun.