Minnesota Man Stabbed Ex-Girlfriend in the Neck, Doused Her With Gasoline, Then Lit the Mother of Three on Fire: Cops 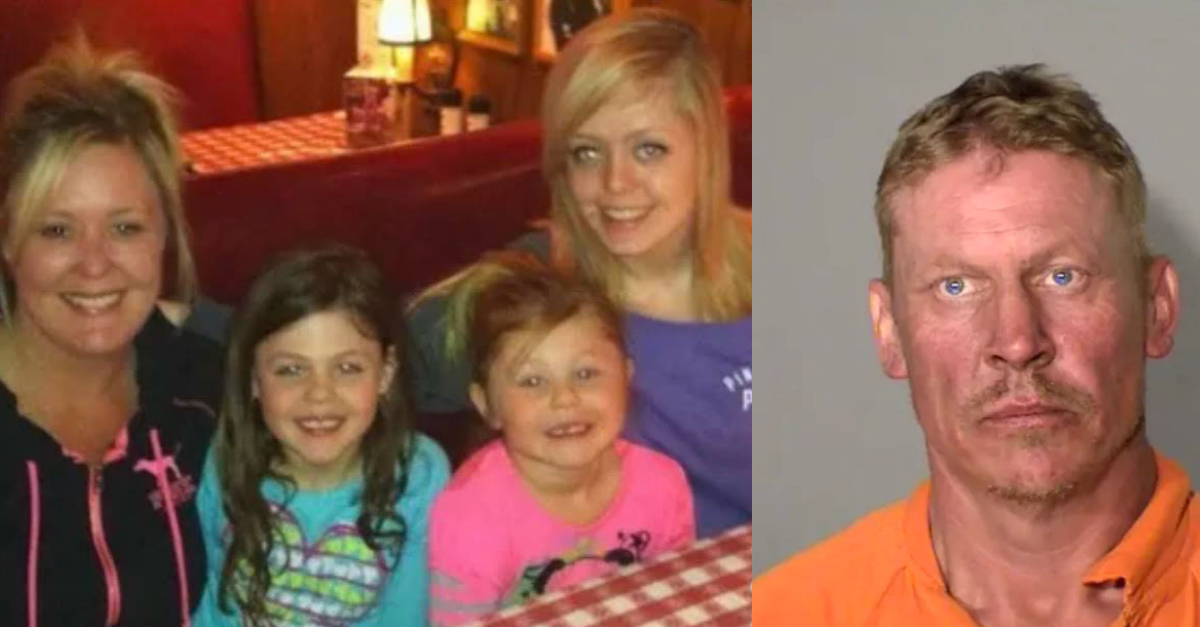 Patrick Morris Simmons (right in mugshot from Ramsey County Sheriff’s Office) is accused of killing his ex, mom of three Kelli Goodermont (left with her daughters, photo used with permission of family)

A Minnesota man is charged with the murder of his ex-girlfriend after a gruesome attack on Tuesday.

Patrick Morris Simmons, 47, is accused of stabbing 44-year-old Kelli Goodermont in the neck, dousing her with gasoline, and then setting her on fire, according to the St. Paul Police Department (SPPD).

The mother of three was still alive when Simmons allegedly set her on fire at the warehouse where the two both worked, according to those who witnessed the attack.

When officers arrived at the warehouse, she was “unresponsive and not breathing,” according to SPPD.  Medics declared her “dead at the scene.”

The Ramsey County Medical Examiner’s Office then got to work performing an autopsy. At the same time, SPPD officers identified a suspect in the case thanks to the eyewitness reports from those who worked with the two.

Now that suspect is behind bars and charged with second-degree intentional homicide. That carries a maximum penalty of 40 years in prison, according to the most recent Minnesota statutes.

SPPD Investigators first contacted the Bloomington Police Department (BPD) to inform them of the investigation and ask that they try and locate Simmons.

The timing turned out to be fortuitous, as BPD was responding to a report of a house fire at the time.

“As officers responded, they were advised by police dispatch a resident of the home reported to be on fire, was named as possibly involved in a homicide which had occurred in Saint Paul earlier in the day,” noted the BPD in a news release. “While responding to the fire, Bloomington Officers observed a vehicle described by neighbors as leaving the address of the fire. The vehicle was not in motion, and a male exited the vehicle.”

That male was allegedly Simmons, who was taken into custody on a probable cause arson charge.

He did not remain in custody for long, with inmate records showing Simmons was “released from custody in Bloomington and was transported to the St. Paul Police Department as part of an active homicide investigation.” 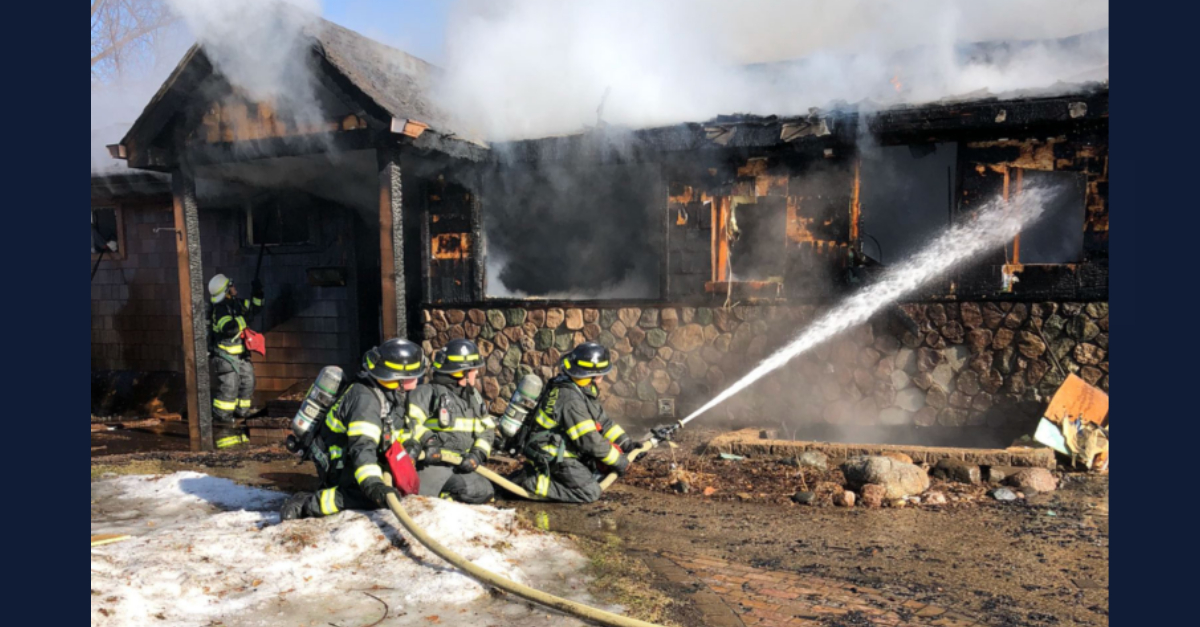 Once Simmons sats down with investigators from the SPPD, he began to speak at length about Goodermont as detailed in the criminal complaint, which was obtained by Pioneer Press.

Simmons declared that Goodermont “was a witch, and he did this to stand up for the babies being killed and sacrificed with witchcraft,” according to Pioneer Press.

He also noted that he burned down his house “because there was paranormal activity going on there,” according to the complaint.

Pioneer Press also reports that Simmons’ co-workers turned him over to authorities. A group of employees followed him as he fled the warehouse and flagged down officers when they responded to the blaze at his home later that morning.

Simmons had previously been arrested for domestic assault in 2018. Court records reveal that Goodermont was the victim, but in the end, Simmons entered a guilty plea to just a single misdemeanor charge of disorderly conduct.

The University of Minnesota Medical Center also attempted to commit Simmons in June of last year. Court records show that he was receiving treatment for at least three months to deal with episodes of psychosis.

It was also in June when Goodermont sought a protective order for herself and her daughters after Simmons allegedly held a loaded gun to her head, according to court records.

Goodermont’s grief-stricken friends are now doing what they can to help her daughters by starting a GoFundMe campaign.

“Rest in peace, sweet Kelli. No more pain. No more hiding. No more hurt” wrote her friends. “Fly free and enjoy a better view from the peaceful skies. We will all be ready to give you hugs and love on the other side.”

The GoFundMe has raised more than $47,000 as of Thursday afternoon.

Simmons does not yet have a lawyer. He is set to make his first court appearance on March 17.

If you or someone you know needs immediate help, contact The National Domestic Violence Hotline by using the number, website, or text address below.

The NDVH website is specially equipped to allow users to quickly close the window and hide their internet history.
1-800-799-7233 (SAFE)
www.ndvh.org