Oregon Man Fatally Shot Another Man Outside of Nightclub for Complimenting His Girlfriend, Police Say 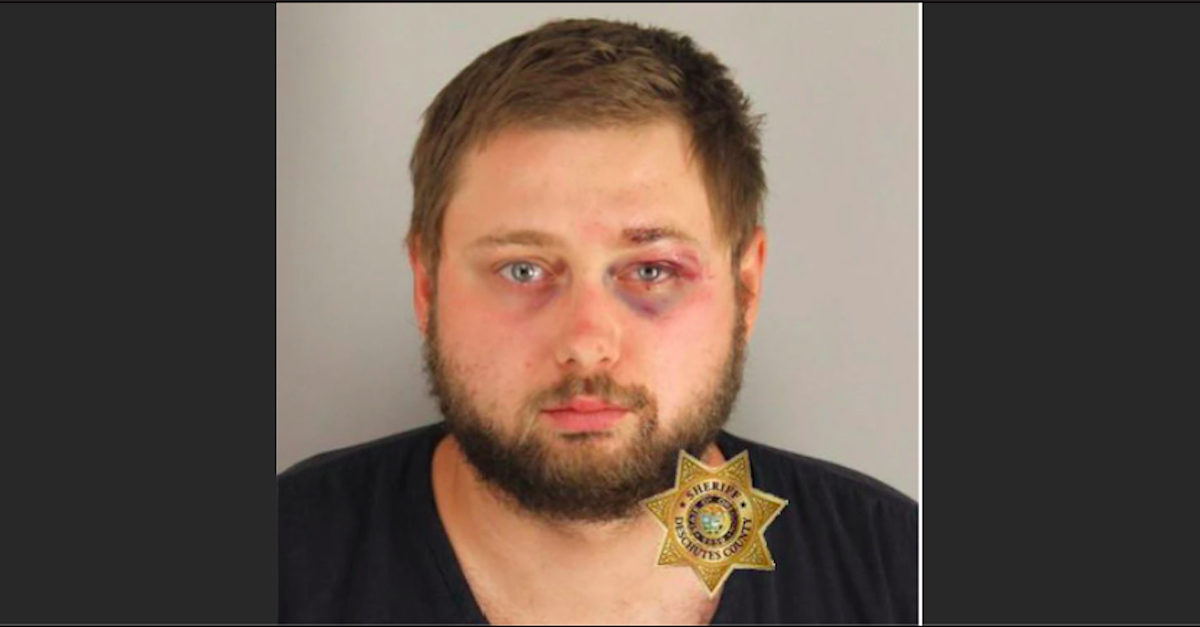 Police in Oregon arrested a man after prosecutors say he fatally shot another man outside of a nightclub because the victim spoke to and complimented his girlfriend.

A grand jury in Deschutes County indicted 27-year-old Ian Mackenzie Cranston on multiple felony charges for the Sept. 19 death of Barry Washington Jr., 22, in front of The Capitol bar in downtown Bend.

Hummel’s announcement of the murder charge was met by cheers and applause after community activists and local officials previously complained that Cranston, who is white, was getting off easy for the alleged murder of Washington, a 22-year-old Black man. Cranston had initially been charged with manslaughter and was released after posting $10,000 bond.

Police responded to a call at the corner of NW Oregon Ave. and NW Wall Street just after midnight after receiving reports about a man being shot and bleeding on the sidewalk.

Hummel told Central Oregon NBC affiliate KTVZ that Washington was inside the bar with some friends and approached a woman and complimented her. She reportedly responded that she was flattered by Washington’s advance, but told him she was in a relationship.

Barry Washington was murdered in Oregon. The white couple laughed and called him racial slurs even as he laid dead on the ground. The killer is out on bail. See full TikTok video below.https://t.co/0REyET1iJl

“That was the extent of their interaction,” the report stated.

Hummel said that later in the night, shortly after midnight, Washington complimented the same woman while outside of the bar, though it is unclear whether he recognized her and knew it was the same woman who had previously said she was in a relationship.

“There’s no evidence that what Mr. Washington did when he approached the woman was inappropriate,” Hummel told the station. “There’s not an allegation that he groped her, grabbed her, was crass with her. He complimented her in a respectful manner. She was fine back. She said, ‘No, thank you. I’m flattered but I’m in a relationship.’ No allegation that anything Mr. Washington did was inappropriate.”

This time, Cranston saw the interaction and was “not happy.” He decided to confront Washington, Hummel said.

The district attorney said that Cranston’s actions were “completely inappropriate,” describing the act as a “homicide with no justification.”

Hummel said that there was insufficient evidence to bring a hate crime charge against Cranston, though he noted that the investigation into the shooting was ongoing and additional charges could be added.

“Our country has a disgraceful history of denigrating, prosecuting and lynching Black men for talking to white women. Over the last week, literally hundreds of people called and emailed me to remind me of this history,” Hummel said.

“If we obtain sufficient evidence to prove that this shooting was at least partially motivated by race, we will go back to that grand jury and ask them to add the charge.”

Cranston’s attorney Kevin Sali on Saturday pushed back against Hummel’s comments, telling CNN that his client was acting in self-defense.

“Indisputable video evidence shows that before Ian Cranston ever drew his weapon, Barry Washington had assaulted him without provocation, resulting in head injuries that required the police to take Mr. Cranston to the hospital where a brain scan and other procedures had to be performed,” he said in a statement. “After the evidence comes out at trial, I trust someone will ask the District Attorney why he deliberately inflamed the community with statements he knew were not supported by any evidence.”

Cranston is currently being held in the Deschutes County Jail without bond.