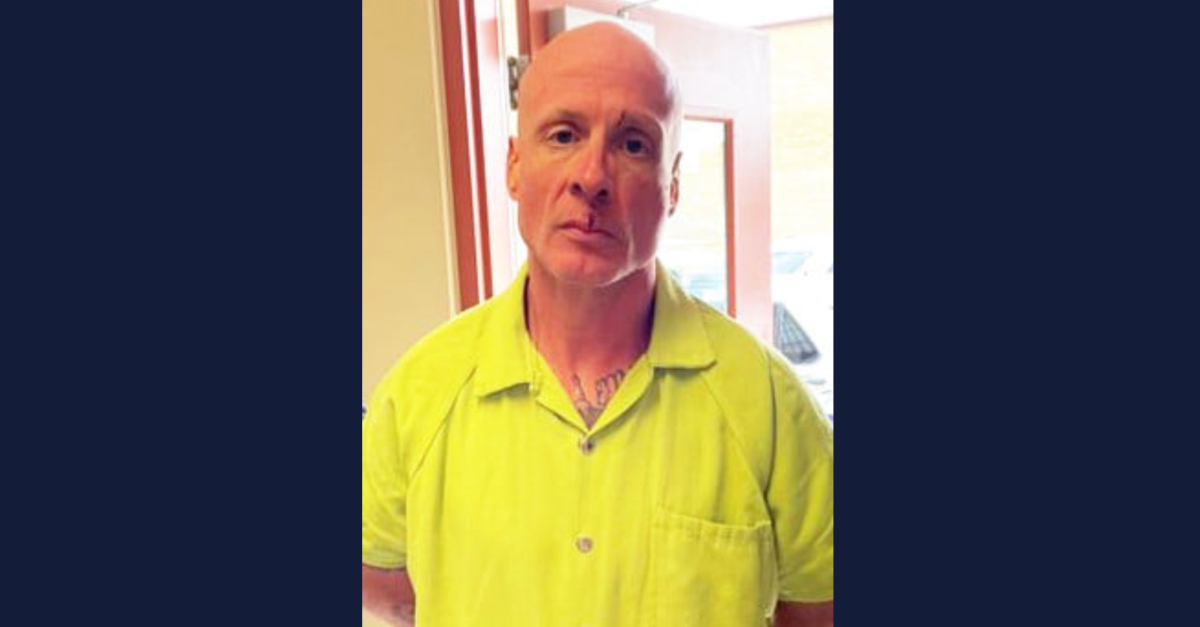 An Oklahoma man charged with raping and killing a 2-year-old girl appeared in court for the first time on Monday afternoon, dodging questions about the allegations against him posed by local media.

As Law&Crime previously reported, the young girl was found by a neighbor drowned in a swimming pool. That person frantically spoke with 911 dispatchers on the day in question about the gruesome discovery.

“Is that her baby?” the caller said, as screams filled the background air. “Please, somebody. Please come. Somebody come now. Please.”

Additional snippets from the 911 call include:

“It’s a little girl that is in the pool.”

“Two people came down looking for her. Please send somebody right now.”

“The extremities is blue. The baby was not moving.”

“I think this baby is gone.”

The caller was given instructions on how to perform CPR, but the caller doubted the efficacy of any such efforts.

Guyton’s parents had just come downstairs bewildered and distraught, looking for their missing child at the Grand Prairie Motel pool, the caller said. They happened upon the absolute worst.

Their daughter had a pair of orange shorts wrapped around her neck. She also had injuries consistent with sexual assault.

When officers arrived, the child was removed from the pool and unresponsive. Guyton was pronounced dead at the Integris Bass Baptist Health Center during the early morning hours of April 28, 2022.

The defendant was quickly ascertained as the suspect, police said, because the orange shorts contained two room keys that belonged to two rooms that had been rented out by Geiger. A 7-hour search ensued. 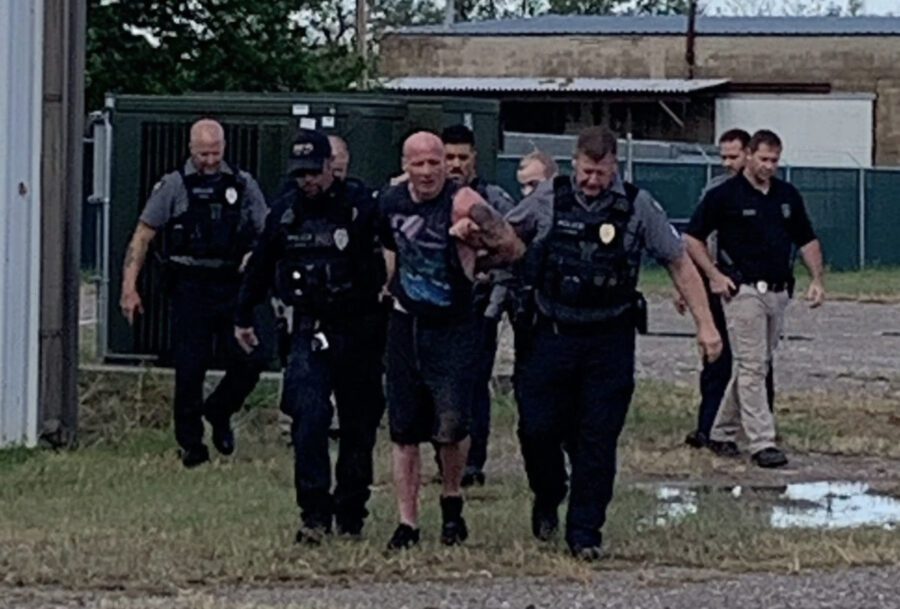 Police say they found wanted man hiding on a nearby roof. He was covered in blood, on his hands and body, at the time of his arrest.

“This was an aggravated assault on an innocent child and a very disturbing incident,” End Police Department Lieutenant Bryan Hart said in comments reported by Oklahoma City NBC affiliate KFOR. “We’re glad this case was brought to an end in a timely manner with Mr. Geiger’s arrest.”

But the investigation continued on for some time.

“Police have been conducting follow-up interviews, processing the evidence and submitting evidence for testing — just continuing to look at everything that’s been gathered and getting everything nailed down,” EPD spokesperson Cass Rains told the Enid News & Eagle on May 6, 2022.

Court documents in the case reveal a grisly crime scene and series of events that led up to Guyton’s death.

In Geiger’s room, officers wrote that they found “a very bloody scene” containing clothes that belonged to the girl. Prosecutors wrote that one of the rooms “clearly been staged to lure [Caliyah] as it had gummy worms spread across the bed” as well as juice bottles strewn about. The TV was set to a channel that showed cartoons.

The night before the girl died, those documents allege, the girl’s parents and Geiger hunt out together in one of the defendant’s rented rooms – after Geiger made contact with the family at the pool earlier that same day. There, he offered allegedly offered Guyon “chips or candy.” Investigators believe the girl’s parents and their daughter’s eventual killer consumed alcohol and methamphetamine together.

At some point during the night, Geiger is believed to have offered Guyton’s mother $5,000 to “spend 24 hours with him.” She didn’t, the documents note, but she and her husband then agreed to find “a woman in Enid who agreed to spend time with” Geiger. They left before midnight to go retrieve that woman, police believe, and when they returned it was too late.

The hotel’s front desk clerk claims to have seen the defendant leaving the hotel while wearing gloves and holding a pillowcase around 11:47 p.m. The clerk then told a maintenance employee about the sighting. The second employee went upstairs and saw what he thought was the defendant carrying a baby doll.

Geiger was released from an Oklahoma prison on March 29, 2022 after serving a 10-year sentence for kidnapping.

The defendant’s Monday court appearance was brief. He is next slated to appear in court for a preliminary hearing on July 11, 2022.