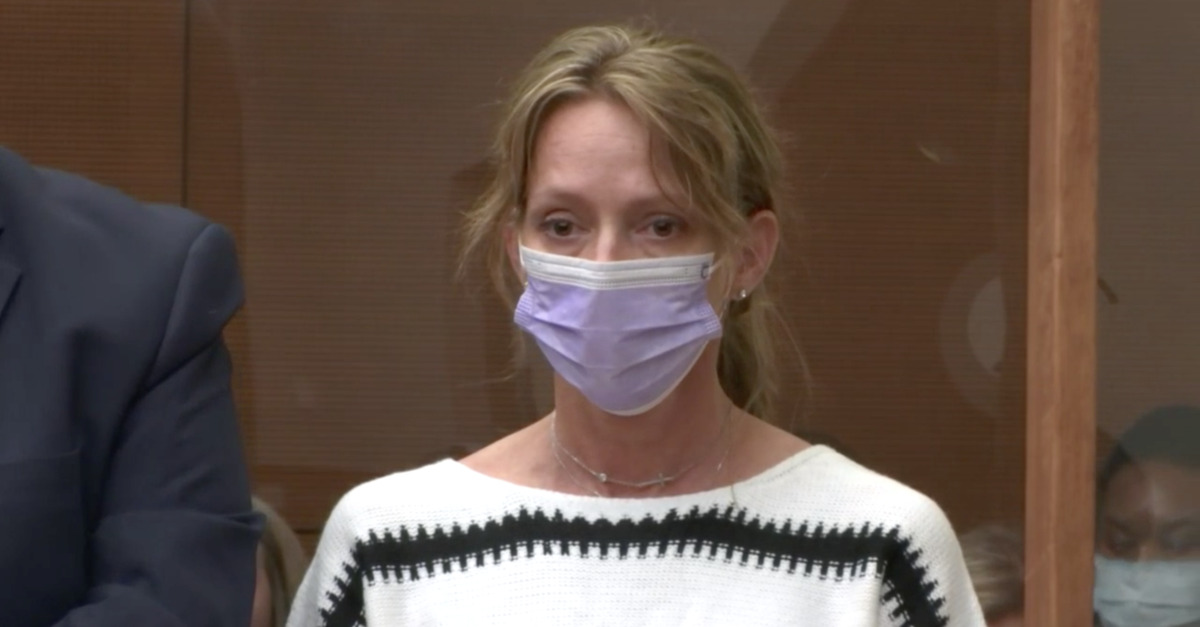 An Ohio woman was found guilty this week of murdering her husband, a doctor in the Columbus area, some four years ago.

Holli Osborn, 46, was convicted by jurors in the Franklin County Common Pleas Court on two counts of murder this Thursday, Oct. 6, 2022, over the death of 50-year-old Dr. Christopher Osborn.

The victim was found shot to death – three times in his head – in the couple’s home in Dublin, Ohio in June 2018. Almost immediately, law enforcement accused the defendant of killing her husband as he slept.

“This person walked up to a sleeping man, pointed the muzzle 6-8 inches away (from his head) and shoots him right in the face,” Franklin County Senior Assistant Prosecuting Attorney Daniel Lenert said during the state’s closing arguments, according to a courtroom report by The Columbus Dispatch on Wednesday.

Other state witnesses took note of the defendant’s apparently impaired state during her initial questioning by police.

“She was very unsteady on her feet,” Dublin Police Department Officer Gwen Whittaker testified during the roughly week-long trial in comments reported by Columbus-based NBC affiliate WCMH. “She had glassy and bloodshot eyes, she was slurring her speech incredibly bad to the point I had to ask her to repeat names two or three times.”

Prosecutors argued that the murder was committed by the victim’s wife, who then phoned her father, before police eventually arrived. Responding officers said they found two guns near the couple’s bed.

The state’s case hinged upon gunshot residue found on the defendant’s body and her DNA on the gun used in the shooting.

“[The state] analyzed all the samples of gunshot residue taken from the defendant and found gunshot residue on every single one of them,” Lenert said, according to a prior WCMH report. “Both of her hands had the cut off — 10 particles. They don’t go up higher than that. She even had GSR on eyebrows.”

Holli Osborn maintained her innocence. The defense argued there was, essentially, an issue with how the residue could have gotten onto the defendant’s hands – blaming police for not being more careful.

“These are individuals that are going through this station and Holli Osborn has been exposed to that and what is the only way we can eliminate this from being an issue?” Franklin County Public Defender’s Office defense attorney Kevin Gall asked before answering: “We bag her hands, but we didn’t.”

“There’s no proof; there’s no tangible proof,” he insisted.

The prosecution also argued about the state of the marriage that allegedly crumbled and was then extinguished with those three shots.

“Their relationship was described as up and down; they would love each other, then they would fight, makeup, rinse, repeat,” Lenert said.

Additionally, jurors reportedly heard about text messages alleging the victim was unfaithful, according to WCMH.

The defense also took issue with the state’s DNA argument.

“There’s two major things DNA can’t tell us: How DNA got there and when DNA got there,” Gall told the jury. “That is not arguing either way that is highlighting things the state cannot prove to you.”

But in the end, it wasn’t enough.

Franklin County Common Pleas Court Judge Jaiza Page ordered Holli Osborn to be taken into custody. She will be sentenced at a later date that has yet to be scheduled and faces 18 years to life in prison.

“Today is just a very rewarding day,” Lenert said after the verdict.