An Ohio woman has been indicted on numerous charges related to a vehicular attack that left one person dead and another injured.

According to Hamilton County jail records, the defendant was previously booked on one count of murder in the first degree, two counts of felonious assault causing harm, one count of interference with the custody of a minor, and one count of child endangerment.

Authorities allege that Chapman “drove her car into Christopher Griffith and Jawon Khalid Lunsford outside of the Spring Grove Village Kroger” on Aug. 31, 2022 and then jumped out of the car in order to continue attacking Lunsford, the alleged intended victim of the violence – and who is also the father of her infant child.

According to the prosecutor, the couple’s baby was sitting in the defendant’s vehicle at the time. 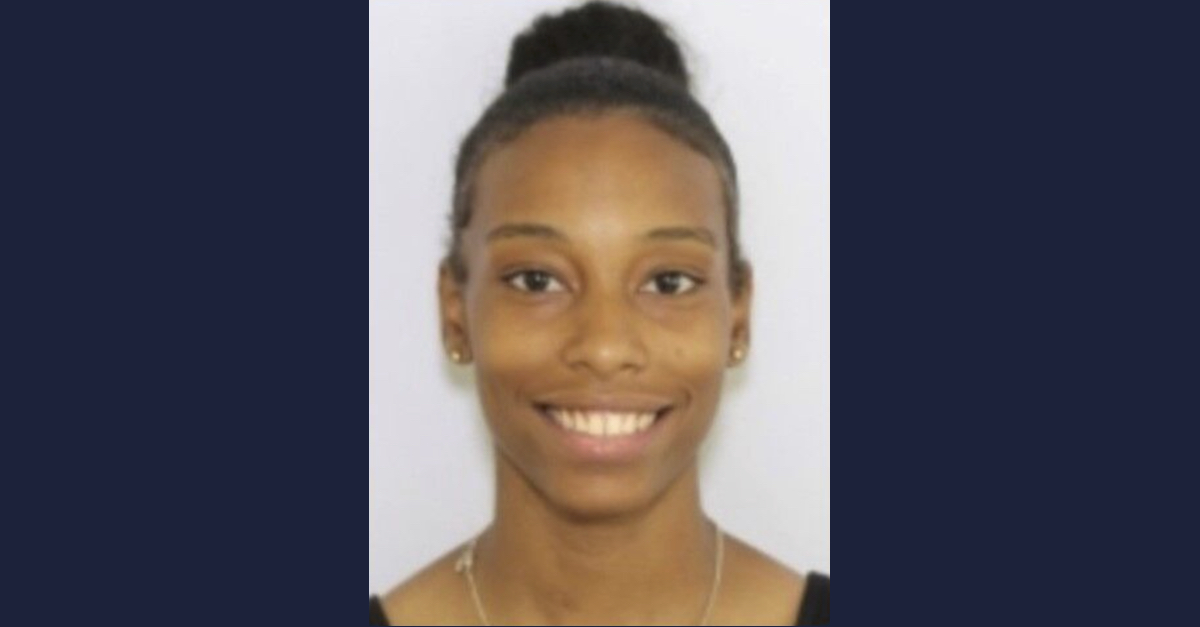 Taahviya Chapman appears in a mugshot via Cincinnati Police Department.

Surveillance footage released by the DA’s office shows a dark blue minivan careening into two pedestrians outside the supermarket. In the footage, which is graphic and difficult to watch, the van can clearly be seen traveling at an extremely high rate of speed.

The driver then exits the van, runs to the crumpled bodies and appears to repeatedly rear back and strike one of the wounded — namely, Lunsford. Eventually, as a crowd gathers, the suspect returns back to the vehicle, stays inside for a few moments and then leaves via the passenger side front door, quickly walking out of frame of the footage.

In a slowed down, close-up replay of the footage provided by law enforcement, the 58-year-old Griffith can be seen simply trying to walk into the grocery store, slowly and with a cane in hand, as he is struck and fatally wounded. 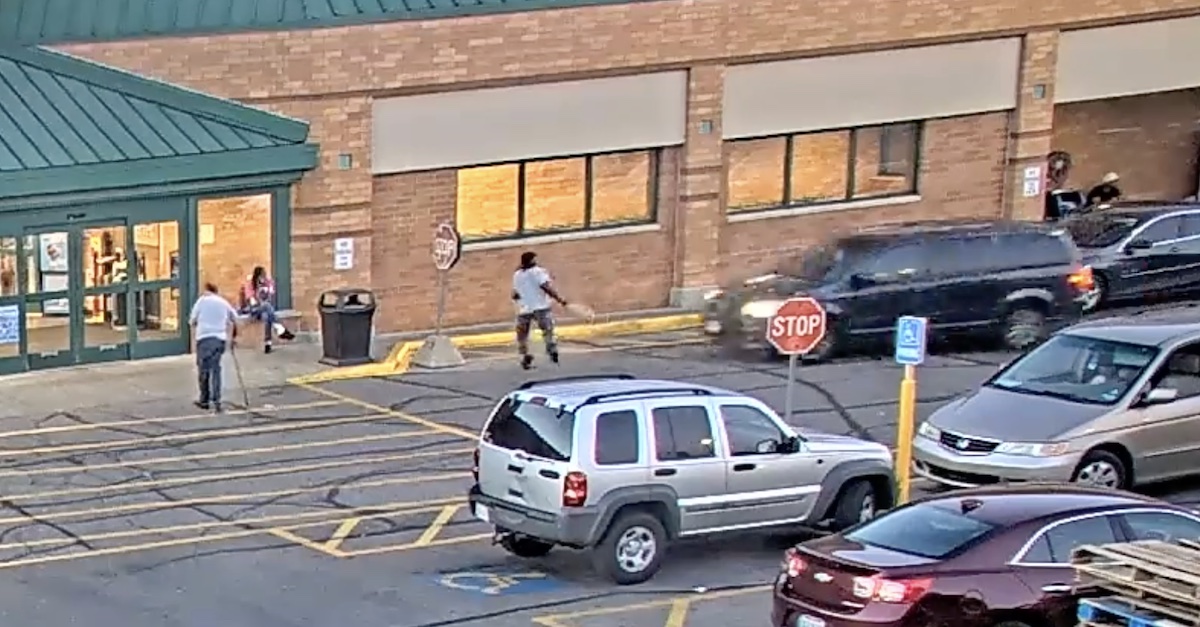 The moment just before impact in a vehicular homicide outside of a Kroger in Ohio.

After the incident, Griffith was transported to a local hospital where he succumbed to his injuries. Lunsford suffered a broken leg.

“What this woman did is sickening,” Hamilton County Prosecutor Joe Deters said in a press release. “Her total disregard for human life is stunning. This woman didn’t care about the lives she put in danger – including her own 8-month-old child. That level of selfishness is impossible to understand, but we will do everything in our power to ensure she spends the rest of her life in prison.”

According to witnesses cited by Cincinnati-based CBS/CW affiliate WKRC, Chapman and Lunsford were arguing inside of the store minutes before the violence unfolded. After the crash, according to the TV station, Good Samaritans restrained the defendant when she tried to flee.

Chapman is currently being detained without bond. She has court dates presently slated for Sept. 12, 2022 on most of the charges. There is also a court date set for Sept 21, 2022 over the child custody charge.

She faces life in prison if convicted.