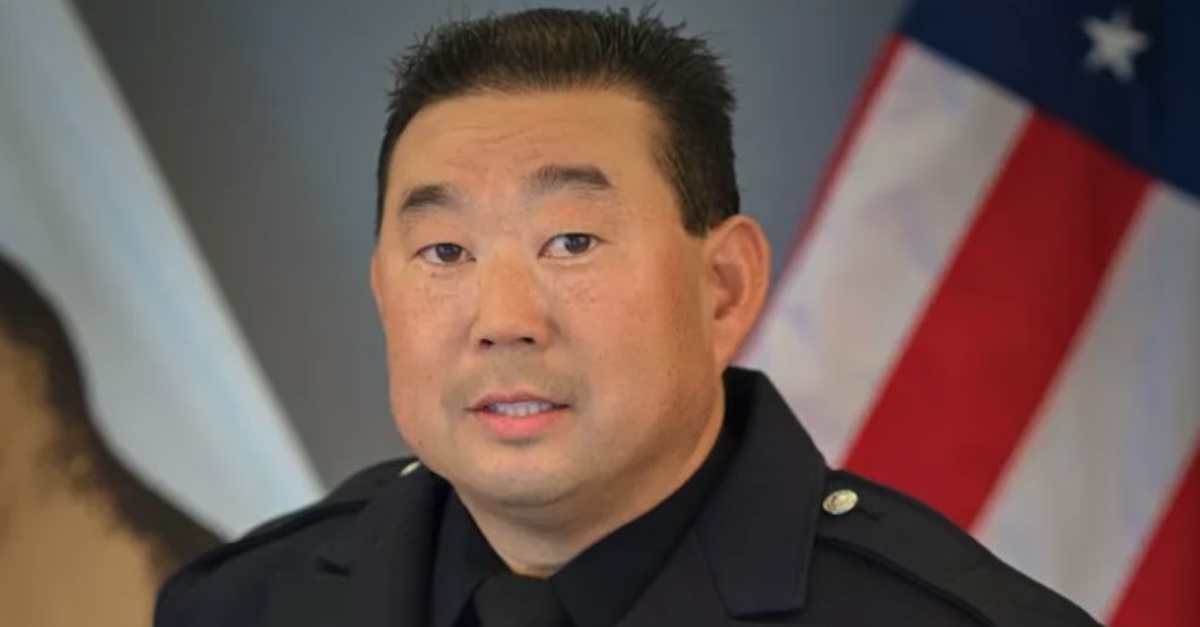 Police in Oakland, California say they have identified and arrested two suspects in the shooting death of a TV news security guard and former police officer, and they are “closing in” on a third suspect.

Kevin Nishita died after being shot on Nov. 24, 2021, during an attempted armed robbery involving a local news crew, according to Oakland police.

Nishita, 56, was working as a security guard for local area station KRON4 at the time, covering a retail theft in Oakland, according to a KRON report. He was initially reported as being in stable condition, but died from his injuries days later.

“We have made two arrests in that case,” Armstrong said. “We are again continuing to investigate that case and work with DA’s office on charging. We feel strongly that we’ve identified a third suspect as well.”

Local police had sought help from the community in identifying a white Acura they believe was used in the robbery attempt.

“We really do thank the community for all the information that they’ve brought forth to help us solve this case,” Armstrong said. “I believe that their assistance was key in identifying that vehicle that we recovered and spoke about, the white Acura from last week which was recovered fairly quickly after pushing it out to the community.”

Armstrong said that he wouldn’t be releasing names at this time because the department was still working with the DA’s office on charges, and still searching for a third suspect.

Authorities said this is believed to be the same car involved in an armed robbery in San Francisco on Nov. 22, according to KRON.

The reporter at the scene was not injured, KRON reported. Nishita was shot in the lower abdomen, and a man standing nearby was hit by bullet shrapnel, according to the report.

Contributions from KRON and its parent company Nextstar Media Inc., Nishita’s employer Star Protection Agency, and the Oakland Police Department have brought a reward for information leading to an arrest of individuals involved the shooting up to $32,500, KRON reported. Police have since upped the reward to $38,500.

Prior to working as a security guard, Nishita had served as a police officer for the Oakland Housing Authority. He was also an officer for the Bay Area cities of Hayward, San Jose, and Colma, according to a KRON4 tribute.

“That was in his personality. To be that protector, to be that brave one that just wanted to protect people. So for the community, he definitely protected people. But he asked them, ‘how can I help you?’ He has a kind heart like that and that’s why he joined the police force,” Nishita’s wife Virginia Nishita said, according to KRON.

Nishita leaves behind a wife, two children, and three grandchildren. Two fundraisers have been set up on GoFundMe, and a trust for his family has been set up at a local bank.