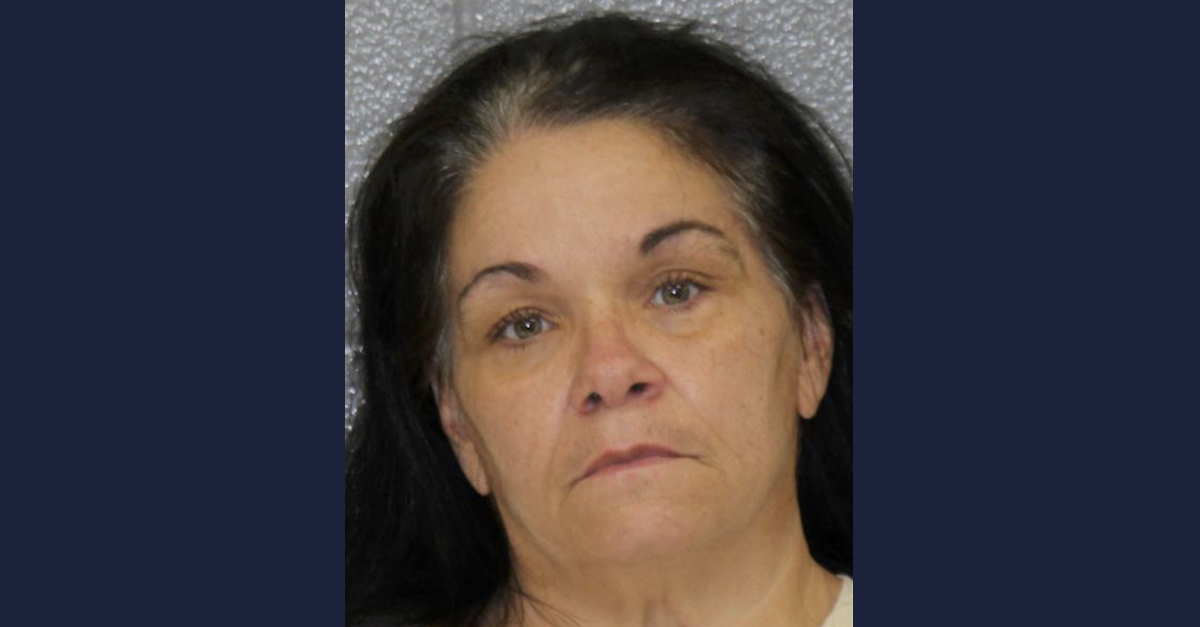 A North Carolina woman was arrested and charged late last week over a dead body found several weeks ago in a south Charlotte residence.

Kimberly Mackey, 50, stands accused of one count each of murder in the first degree, concealing or failing to report a death, and abuse of a disabled or elderly person resulting in serious injury, according to arrest records reviewed by Law&Crime.

The victim in the case was eventually identified as 35-year-old Bradford Womack. He was pronounced dead at the scene. Police say the deceased man was disabled and that Mackey was his caretaker.

According to the Charlotte Mecklenburg Police Department, law enforcement, firefighters, and medics arrived at a condominium complex in the Sharon Woods neighborhood on June 20, 2022 in response to a call that someone was dead there.

Authorities say the defendant was also discovered by police at the time and in need of medical attention for an unmentioned malady. She was taken to a nearby hospital to recuperate and a warrant was first issued for arrest on the concealment charge. She was arrested after being released from the hospital on that initial charge. Mackey was questioned, and police later charged her with the two additional crimes.

“Through continued investigation and in consultation with the Medical Examiner’s Office, it was determined that this was a case of murder,”  the CMPD said in a news obtained by The Charlotte Observer.

The abuse charge, according to the local paper, is related to restraint or confinement.

Details in the incident are currently scarce. Police have not commented on how Womack died or publicly offered the evidence that led to Mackey being charged with his murder. The alleged concealment details are also presently unknown.

According to Charlotte, N.C. ABC affiliate WSOC, neighbors of the defendant reacted with surprise upon hearing news of the charges and allegations that have been issued against her.

“I’m really shocked,” neighbor Allie Hinds said. “She was very friendly and pretty outgoing anytime I would talk to her. And I had no idea anybody else was even in there, so that was super surprising.”

Another neighbor said they knew about the caretaking situation – but were similarly at a loss to how it all went awry.

“We knew he was there, but he was being cared for, so he wasn’t, you know, up and about running around,” neighbor Joan Coggins told the TV station. “I saw her coming and going frequently.”

The two neighbors also mused about the broader implications of the younger man’s death under the circumstances.

“Well, I’m sad about the gentleman dying; he wasn’t that old,” Coggins continued. “I’m surprised because the woman – you can’t tell by looking at people if they’re evil or whatever and I don’t know what the motivation is.”

“You don’t know anybody,” Hinds told WSOC. “Seeing the way things are today anyway, I mean, nothing can really surprise you anymore.”

The defendant is currently being detained in the Mecklenburg County Jail on over $200,000 bond for the two relatively minor charges, however, those amounts are purely formal because she is being held without bond on the murder charge.

Authorities say the investigation is ongoing.