Michigan Man Shot His Father and Girlfriend to Death, Stabbed His Mother, and Fired at Police During Lengthy Armed Standoff: Report 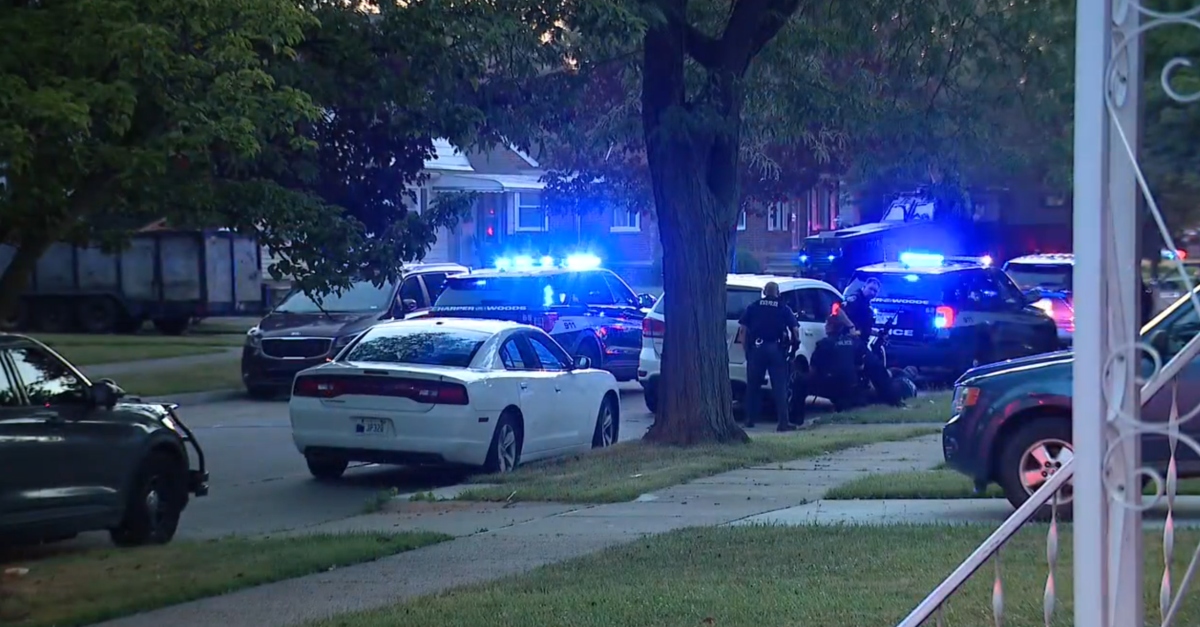 A Michigan man allegedly shot his father and girlfriend to death, stabbed his mother, and then fired on police during a lengthy armed standoff, a source told local Fox station WJBK. The man, whom authorities did not immediately identify, allegedly set fire to the home during the 7-hour standoff and went to the hospital for smoke inhalation. He reportedly had been on GPS monitoring for criminal sexual assault and torture, a source told the station.

Michigan State Police said Sunday night that they were helping police in the city of Harper Woods with a possible hostage situation, though they initially described it as domestic violence inside between a husband and wife, not boyfriend and girlfriend.

“The DRCC [Detroit Regional Communications Center] was contacted by Harper Woods Police for assistance with domestic violence incident that had turned in to a barricaded gun person,” officers wrote. “Troops responded to the scene and assisted with the perimeter. Preliminary information indicates there was a domestic between husband (suspect) and wife. It’s reported the suspect stabbed the wife and she was able to exit the house. Troops are assisting with the perimeter and will be providing any other support as needed.”

The standoff reportedly lasted seven hours. SWAT made their way into the residence, discovering a fire set upstairs, authorities said. The suspect reportedly released the young son he shared with his girlfriend. In another report, a baby was found okay inside of the residence.

“We heard everything with them telling them to come out with their hands up, they won’t be harmed, breaking the glass and just trying to get in,” a neighbor said. “It was quite scary.”

#BreakingNews -A 23 yr old shoots and kills his father and girlfriend and stabs his mother in Harper Woods. He barricades himself; shoots at police; sets the house on fire, surrenders, but has smoke inhalation. He was on a tether- past record Rape/torture. @WWJ950 @FOX2News pic.twitter.com/WxWnr4OBmJ

A neighbor across the street said that the survivor mother went to her home for help, suffering stab wounds and having a knife in the back.

“I said, ‘Who stabbed you?’ She said, ‘My son. He’s stabbing everyone in the house,'” neighbor Ruth Tabone told WJBK.

She said she tried to keep the mother as conscious as she could.

“Helped her stay conscious, had to keep her sitting up because she kept wanting to lay back which obviously she can’t,” Tabone told the station. “She got knife in her back.”

She told the station she had so many emotions, and at the same time she was numb.

“How do you feel in a situation like this?” she said, adding, “Had his mom not come here and stumbled into my house, who knows what would have happened.”