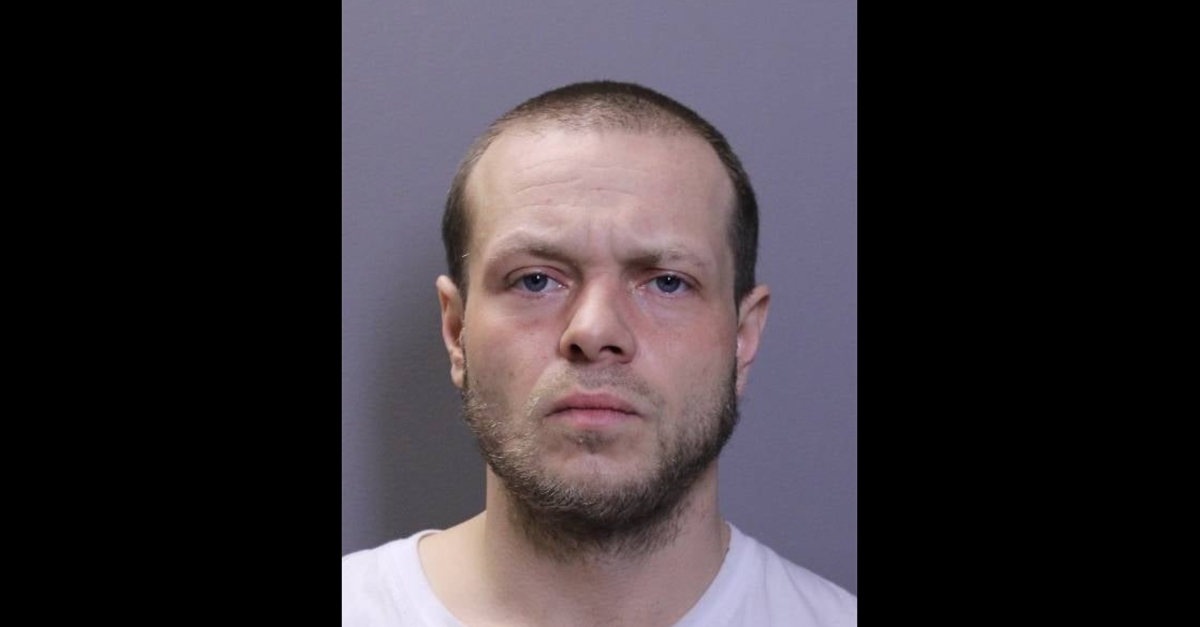 A man hospitalized his grandfather in a beating, and the older man succumbed to injuries the following day, officers said. Now cops are working with prosecutors in Albany County, New York, to get a homicide charge, though they have yet to say which one. For now, Nicholas C. Pantoni, 33, only faces a count of assault in the first degree for allegedly attacking Gerald Curran, 82.

Cops in the Albany-area suburb of Colonie said they responded Friday at 3:13 a.m. to a call about a fight. When they arrived, it was all said and done, and the suspect had fled, they said. Curran had sustained serious head injuries, and EMS took him to Albany Medical Center, they said.

Cops said they identified Pantoni as the suspect, and they found him and arrested him in Albany that day at approximately 3 p.m. A judge arraigned him, and he was locked up in jail without bond pending a preliminary hearing scheduled for Wednesday.

The case escalated in tragic fashion when Curran died from his injuries on Saturday. An autopsy on Sunday determined he died from blunt force trauma and that this was a homicide.

“At this time, it does not appear that a weapon was used in the assault,” police said. “The Colonie Police Department is coordinating with the Albany County District Attorney’s office in regards to charging the suspect with the appropriate homicide related offences.”

The Albany County DA’s Office did not immediately respond to Law&Crime’s request for comment.

Anyone with information can call (518) 783-2754 or provide anonymous tips to Capital Region Crimestoppers at (833) ALB-TIPS or at capitalregioncrimestoppers.com.

Details about the motive behind the alleged attack have not been publicly disclosed. Patoni and Curran had a dispute for months, officers said in a WNYT report. Authorities also say Patoni faces a pending domestic assault charge from October. A person who knew Curran reportedly described the older man as very sweet in his interactions.

The investigation is ongoing. Colonie police Lt. Thomas Breslin told Law&Crime that officers are still looking into the precise motive in this case. He declined to characterize the dispute between the grandfather and grandson.

The attack and the 82-year-old man’s death marks another tragic event in the family history.

Pantoni’s stepfather Clifford Burns stabbed mother Patricia Burns to death in front of her two daughters on Christmas Eve 2013 after driving all the way to his estranged wife’s apartment, according to WNYT. Clifford Burns was sentenced for second-degree murder. Patricia was Curran’s stepdaughter.

Back in 1984, defendant Burns’ father kidnapped his wife, shot a police officer and died by suicide, according to the report.