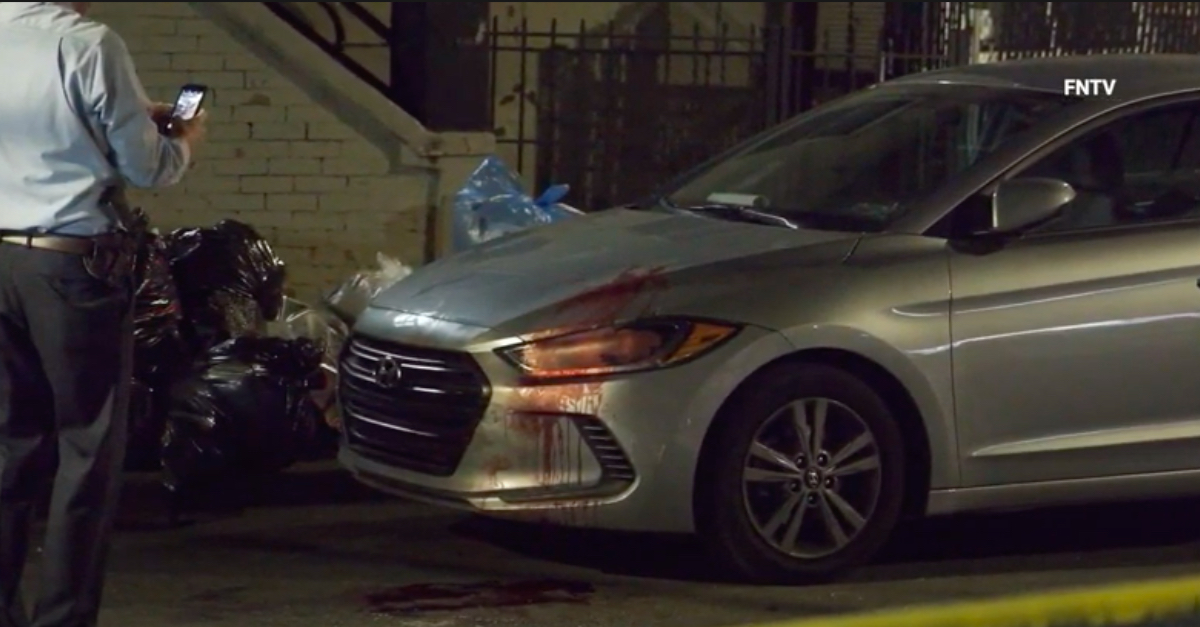 NYPD officers at the scene where Katherine Diop was killed.

A New York man was arrested over the weekend for fatally shooting woman who made headlines for a quirky courtroom romance in 2012.  That woman served on a jury and fell in love with the defendant then orchestrated a mistrial so the two could be together, an episode local news outlets noted when reporting the latest development on Monday.

According to a report from the New York Daily News, Diop and her brother were planning a cookout to celebrate their younger sister’s graduation and went out to purchase lighter fluid when the altercation occurred. Friends of Diop told the outlet that Maurice got into a fight with Rosario at the deli at approximately 9:30 p.m. During the dispute, Katherine allegedly pulled out a BB gun and started waiving it in the air before walking away. Moments later, Rosario allegedly fired, striking both siblings, the NYPD said. Maurice was hit in the arm and leg while Katherine was hit in the torso.

NYPD officers who responded to the scene used tourniquets to address Maurice’s wounds and were credited with saving his life, according to the Daily News, but Katherine was pronounced dead after being rushed to St. Barnabas Hospital.

“The next thing I know, they were fighting. I went into the house and got my phone and called 911. When I came out, I heard pow, pow, pow, pow, pow, at least seven times. She was walking, then she looked back and she just dropped,” Miguel told the station. “She took like five breaths, she drowned in her blood. Then, she passed right there.”

In 2012, a then-21-year-old Diop was at the center of a judicial firestorm when she was the lone holdout on the jury in the trial of Devon Thomas, who was charged with fatally shooting another man in the Bronx in 2008. Diop’s conduct resulted in a hung jury and a mistrial for Thomas. Diop had reportedly fallen in love with Thomas and visited him in prison more than 30 times during the trial and dated him after the mistrial. Thomas was subsequently convicted of first-degree manslaughter in a second trial and sentenced to 25 years in prison.

Appearing frequently with Thomas during his second trial, Diop was even seen blowing him a kiss in court when he was convicted. She later pleaded guilty to perjury for lying during jury selection about her arrest for criminal trespass and disorderly conduct. She was sentenced to three years probation.

After Thomas went to prison, Diop fell for his brother and the two have a daughter together, the Daily News reported.