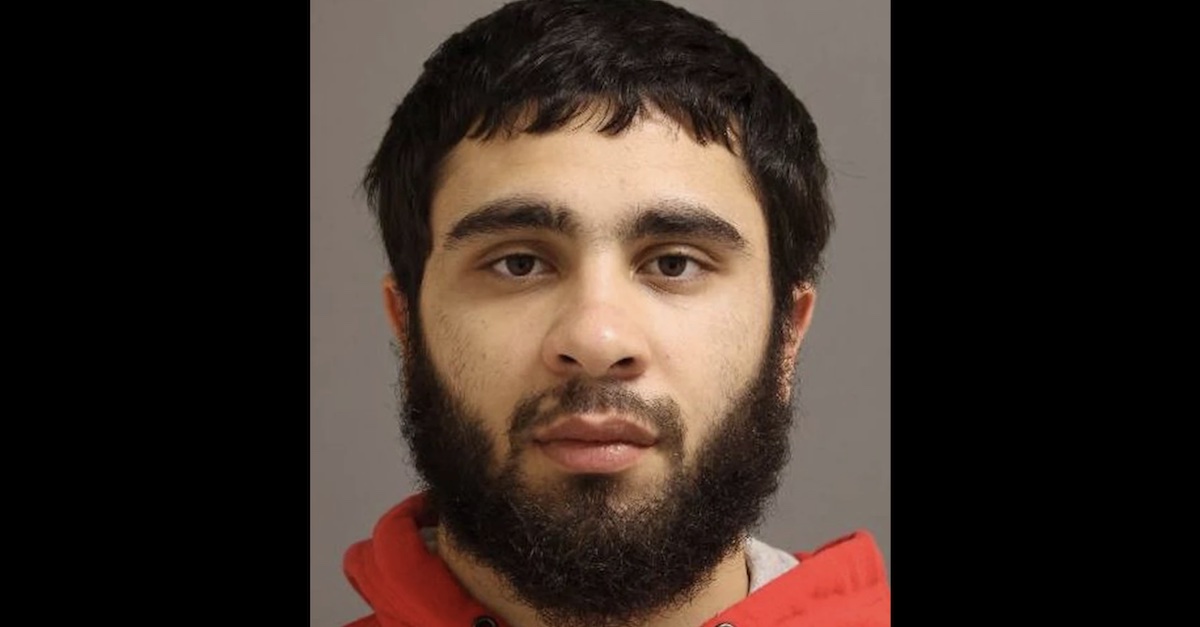 A 19-year-old Selden, New York man faces hate crime charges in the alleged targeting and attacks of Hispanic men he drove to remote locations, according to the Suffolk County Police Department. The series of alleged attacks is said to have occurred between Friday morning and Saturday morning.

It is alleged that Christopher Cella drove near a deli called La Placita in Farmingville, N.Y. at around 8:15 a.m. last Friday. The suspect allegedly “picked up a 52-year-old Holbrook resident at” the scene and “brought him to an abandoned construction site on Blue Point Road in Farmingville, where he attacked him.”

Shortly after that — “just after 9 a.m.” — Cella allegedly drove near a 7-Eleven in Farmingville and “picked up a 60-year-old Medford resident.” Authorities said that suspect brought the victim to the Blue Ridge Condominium Complex in Medford and “attacked and choked” him.

Cella allegedly targeted another victim on Saturday morning, in a third incident within 24 hours.

“The following morning, at approximately 8 a.m., Cella went back to the North Ocean Avenue location and picked up a third victim, a 47-year-old Brentwood resident,” the Suffolk County Police Department’s press release stated. “Cella attempted to bring him to an unknown location. The man became suspicious and was able to get out of the vehicle.”

It’s unclear at this time how Cella managed to coax the men into getting into his vehicle.

What is clear is that it did not take very long for police to track Cella down. Just over 24 hours after the latest alleged attack, hate crime detectives and other assisting law enforcement officers found Cella at home around 10:15 a.m. on Sunday morning.

Based on the charges, authorities believe that the suspect targeted the three men based on their race.

1. A person commits a hate crime when he or she commits a specified offense and either:

(a) intentionally selects the person against whom the offense is committed or intended to be committed in whole or in substantial part because of a belief or perception regarding the race, color, national origin, ancestry, gender, religion, religious practice, age, disability or sexual orientation of a person, regardless of whether the belief or perception is correct, or

(b) intentionally commits the act or acts constituting the offense in whole or in substantial part because of a belief or perception regarding the race, color, national origin, ancestry, gender, religion, religious practice, age, disability or sexual orientation of a person, regardless of whether the belief or perception is correct.

Second-degree unlawful imprisonment is a “specified offense.” So is first-degree reckless endangerment, the final hate crime count Cella also faces. It is a felony charge:

A person is guilty of reckless endangerment in the first degree when, under circumstances evincing a depraved indifference to human life, he recklessly engages in conduct which creates a grave risk of death to another person.

Reckless endangerment in the first degree is a class D felony.

An arraignment was scheduled for Monday at the First District Court in Central Islip, police said.

Court records currently show that a separate case is pending against Cella in Kings Criminal Court stemming from an Aug. 9 incident. He was released on bail the next day. The separate case is also a felony case and involves weapons charges:

Cella’s next appearance in that case is scheduled for Dec. 21.