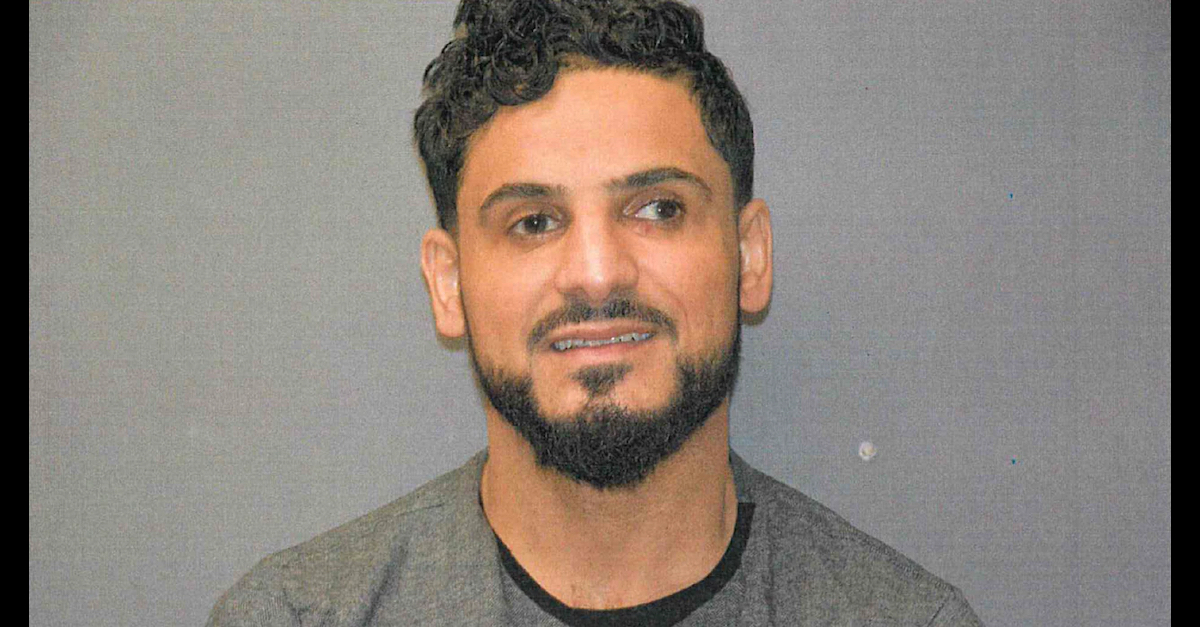 Mohammad Ramadan appears in an image released by the Fair Lawn Police Department.

A 34-year-old man in New Jersey was arrested after police say he attacked and tried to kill a 79-year-old former prosecutor at a law firm. Mohammad Ramadan, 34, was taken into custody on Wednesday; he faces one count each of first-degree attempted murder, aggravated assault causing serious bodily injury, and unlawful possession of a weapon, Advance Local Media reported on NJ.com. Jail records reviewed by Law&Crime on Saturday indicate that Ramadan is also accused of a second count of aggravated assault — this time involving a deadly weapon — and possession of a weapon for an unlawful purpose.

According to the report, officers with the Fair Lawn Police Department on Tuesday responded to a 911 emergency call about a man being injured in an attack at an office building located in the 100 block of Plaza Road in Fair Lawn at approximately 2:44 p.m. Upon arriving at the scene, first responders discovered former Fair Lawn municipal prosecutor Ira J. Levine injured. He was suffering from an apparent blow to the head.

In a joint statement from the Fair Lawn police and Bergen County Prosecutor’s Office, authorities say Ramadan went after Levine and “attempted to kill” him “with a wooden baton.”

According to a report from The Daily Voice, Ramadan was “handling a service issue” at Levine’s law office when the alleged assault took place.

The investigation into the incident was reportedly conducted by detectives with the Fair Lawn Police Department and investigators with the Major Crimes Unit at the Bergen County Prosecutor’s Office.

In a statement, Bergen County Prosecutor Mark Musella emphasized that the charges against Ramadan are only accusations; the defendant is “presumed innocent unless and until proven guilty beyond a reasonable doubt.”

Ramadan was booked into the Bergen County Jail. He remained there as of Saturday pending his first appearance before a judge at the Central Judicial Processing Court in Hackensack.

Levine is a Bayonne native who was appointed as the first chairman of the Fair Lawn Municipal Ethics Committee in 1976, per his website bio. He was appointed Borough Prosecutor in 1978 and served in that role for two decades. He also served as an adjunct professor and lecturer in Business Law at Fairleigh Dickinson University.