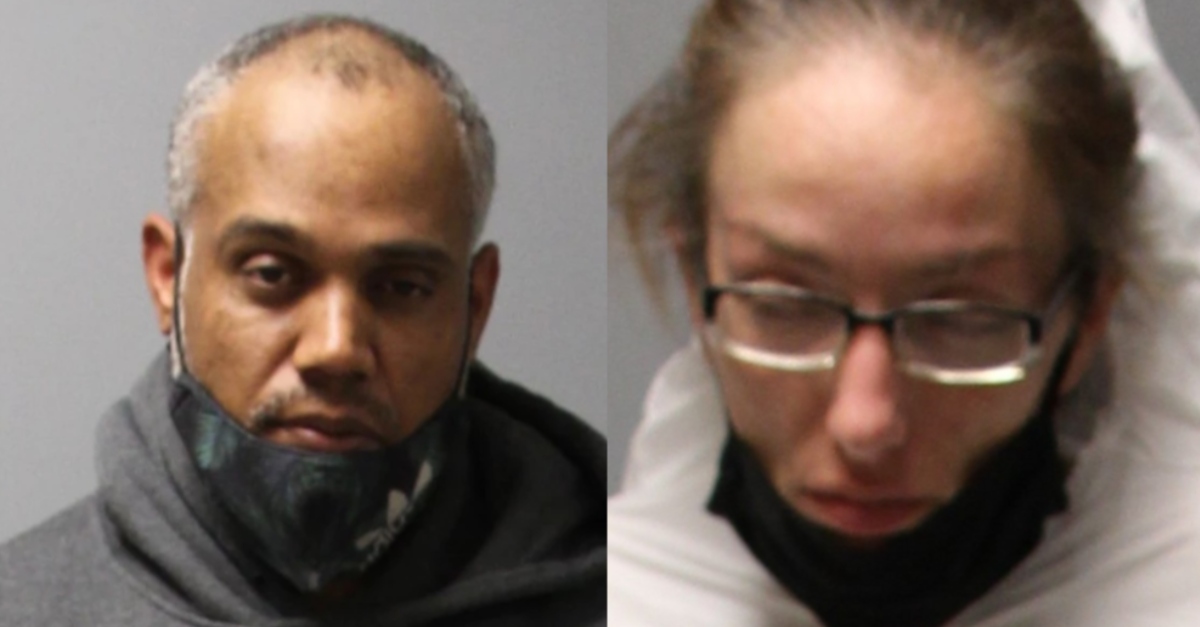 Two people were arrested in Connecticut for allegedly murdering a 75-year-old man during a robbery. The defendants were identified as Franklyn Cruz, 42, and Madeline Dickey, 35. State police said they expect more arrests.

“Unnerving,” neighbor Rosemary Towle said, according to WFSB. “Especially not being sure how why or who did it. Was it just a random thing? Was it related to something? Hopefully it’s a one-time thing. But it does set your whole world off.”

Cops said they learned about the murder on Monday after getting a tip that the victim’s home in the town of Rocky Hill had been burglarized, and that the homeowner was assaulted and bound, according to the charging affidavit obtained by Law&Crime. The tipster said that the suspects were going to return later to get rid of the 75-year-old man’s body. Police said they discovered Iacobucci dead in a second-floor bedroom, with his hands bound behind his back. He had sustained major injuries to his head and face.

Cruz and Dickey were found with the man’s stolen car in the city of New Britain.

Dickey allegedly claimed that the victim’s caretaker had brought them to the home to scare Iacobucci into handing over his money. The purported caretaker allegedly had said that she was fed up with how mean the victim was to her. Dickey allegedly claimed that the caretaker and Cruz were the ones who actually attacked the victim during the robbery, and that she was not even inside the residence when it happened. The tipster, however, described both defendants as bragging about beating up a man and taking his vehicle.

The defendants are charged with murder and robbery. It is unclear if they have attorneys in this matter.

Law&Crime touched base with state police on Wednesday. A spokesman declined to identify the people subject to the expected arrests. Law&Crime is naming the purported caretaker as Melissa Feliciano, though she has not been charged with a crime. She has already been named in other reports, and police said in their affidavit that they were trying to find her but have not yet been able to do so.

Officers noted that, in the investigation, they contacted Iacobucci’s last known phone number, which was answered by a woman who identified herself as Melissa. She claimed that Iacobucci might be with another woman. She ended the conversation abruptly after having no explanation about why she had the man’s phone, police said.