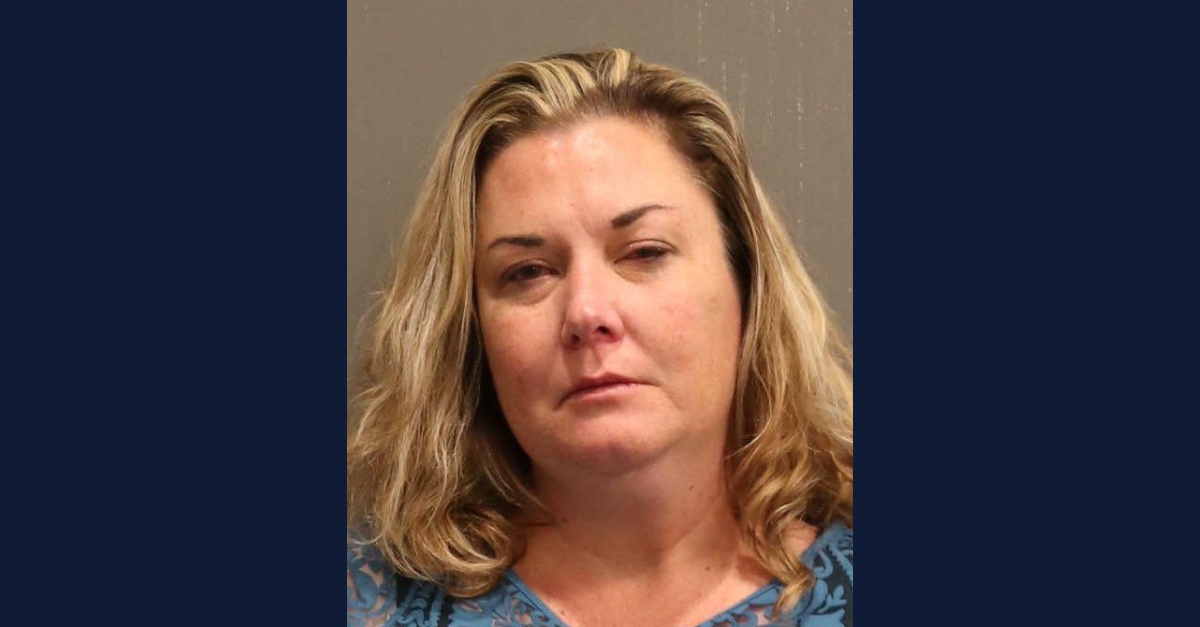 Tammera Megan Lee (above in mugshot courtesy of Metropolitan Nashville Police Department) was arrested on suspicion of DUI.

“I’ll get away with it cause I’m white.”

That is what Tammera Megan Lee, 42, told Officer Ronald Conner of the Metro Nashville Police Department while being arrested for suspicion of DUI, according to the affidavit submitted by the arresting officer.

Officer Conner, who is a Black man, states in his affidavit that he arrived at the scene when Lee drove her car into a secure lot reserved for members of the Davidson County Sheriff’s Office.

Lee had allegedly followed another vehicle into the parking lot of the Davidson County Old Annex Building in Nashville in order to gain entry.

A member of the Davidson County Sheriff’s Office staff approached the car to try and ascertain the identity of the driver, but the staffer then decided to call Metro Police on account of the driver “being very intoxicated,” states the affidavit.

Upon arriving at the scene, police approached the vehicle and asked the driver to step out of the car, according to the affidavit. That affidavit goes on to state:

That is when the defendant allegedly became “more belligerent,” and informed Officer Conner of her belief as to why she would “get away with it.”

Officer Conner states in his affidavit that he arrested Lee because of the “likelihood that the offense would continue and due to the defendant being a danger to herself and others.”

Lee was booked into Metro Nashville Jail on February 20, according to Scoop Nashville but is now on pretrial release.

Court records show that Lee is due in Davidson County General Sessions Court on April 1. In addition to DUI, she is also charged with violating the implied consent law for her refusal to perform a standardized field sobriety test when directed to by officers.