N.J. Tenant Accused of Killing Landlord Over False Rumor That Other Man Fathered His Girlfriend’s Child 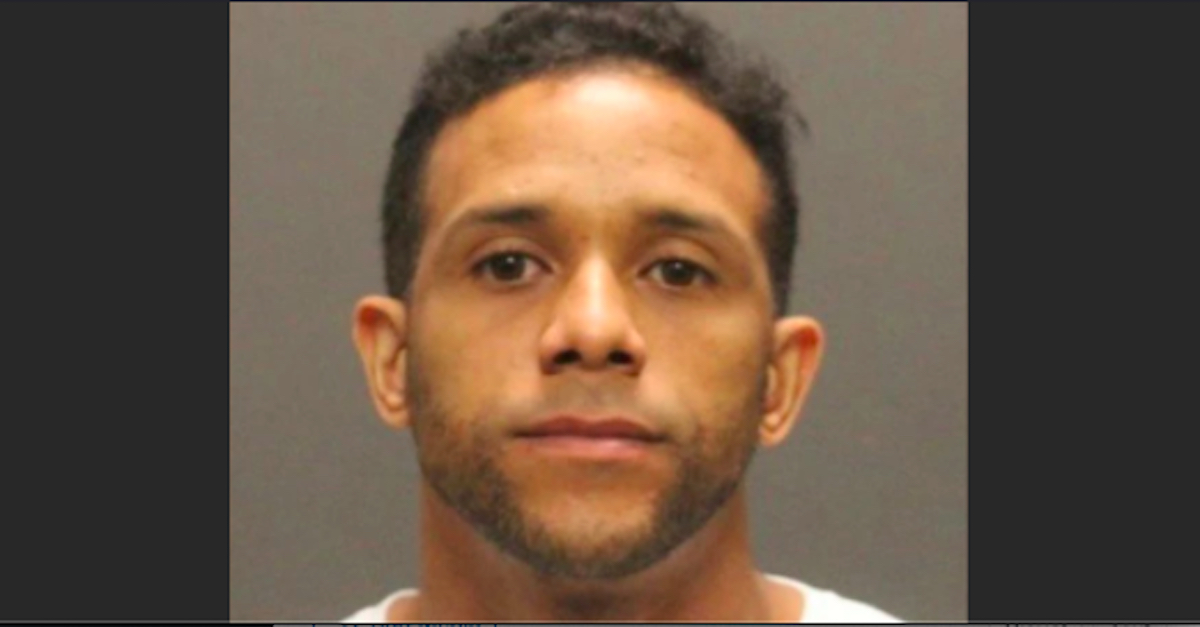 A New Jersey man accused of fatally shooting his landlord and another man during a September dispute allegedly believed a false rumor that his landlord was the father of his girlfriend’s child, The Trentonian reported. Gabriel B. Vilorio-Jaquez, 33, was arrested last month by U.S. Marshals in Arizona and charged with two counts of first-degree murder for allegedly killing his landlord, Everth Barrera, 56, and 41-year-old Edwin Obdulio Gomez Interiano, who worked for Barrera.

According to an affidavit of probable cause obtained by the outlet, Vilorio-Jaquez and his girlfriend, Suyapa Perez, lived in an apartment on Cleveland Avenue in Trenton that was owned by Barrera at the time of the shooting.

Police reportedly responded to a 911 call about a possible shooting near the apartment complex at approximately 9:30 a.m. on Oct. 29. Upon arriving at the scene, first-responders found both Barrera and Interiano suffering from multiple gunshot wounds. Paramedics with Emergency Medical Services attempted life-saving procedures but Barrera was pronounced dead on the scene and Interiano died shortly after being brought to a local hospital, NJ.com reported.

Detectives were reportedly able to trace Vilorio-Jaquez back to the scene of the crime using surveillance footage from a “Ring” doorbell camera, which captured a red Toyota Corolla leaving the area immediately after the men were shot. Investigators were able to get a shot of the license plate and found the vehicle was registered to Vilorio-Jaquez.

Per the affidavit, Perez and another witness told investigators that Vilorio-Jaquez and Barrera were arguing about allegations that Barrera was the father of Perez’s daughter.

Perez reportedly said she told Vilorio-Jaquez that she and Barrera had never been intimate and paternity tests later confirmed that her ex-husband was the father of both of her children. According to Perez, the rumor about Barrera fathering her child was started by her ex-husband in an effort to avoid paying child support after the two had a contentious breakup. Perez reportedly told investigators that her ex-husband then convinced Vilorio-Jaquez that Barrera only allowed Perez to remain in the apartment because she was the mother of his child.

In the days leading up to the fatal shooting, Vilorio-Jaquez allegedly sent Barrera several threatening text messages that investigators were able to trace back to a phone registered in his name.

Barrera’s young son, identified in the affidavit as “JBL,” reportedly told investigators that his father was arguing with a “skinny Dominican man in his 30s” who lived in one of Barrera’s properties on Cleveland Avenue. The child also said that his father had tried to file a report with the Trenton Police Department after Vilorio-Jaquez threatened to kill him. Investigators reportedly showed the child a photo of Vilorio-Jaquez and the child confirmed he was the man his father had been arguing with before he was shot.

Vilorio-Jaquez allegedly fled to Arizona after the shooting where he remains behind bars in Pima County Jail awaiting extradition back to New Jersey to face the murder and weapons charges filed against him.