N.D. Woman Who ‘Loves a Man in Uniform’ Faces Up to Six Years in Prison For ‘Slapping a Sexy Cop in the Ass’ at Tavern: Sheriff 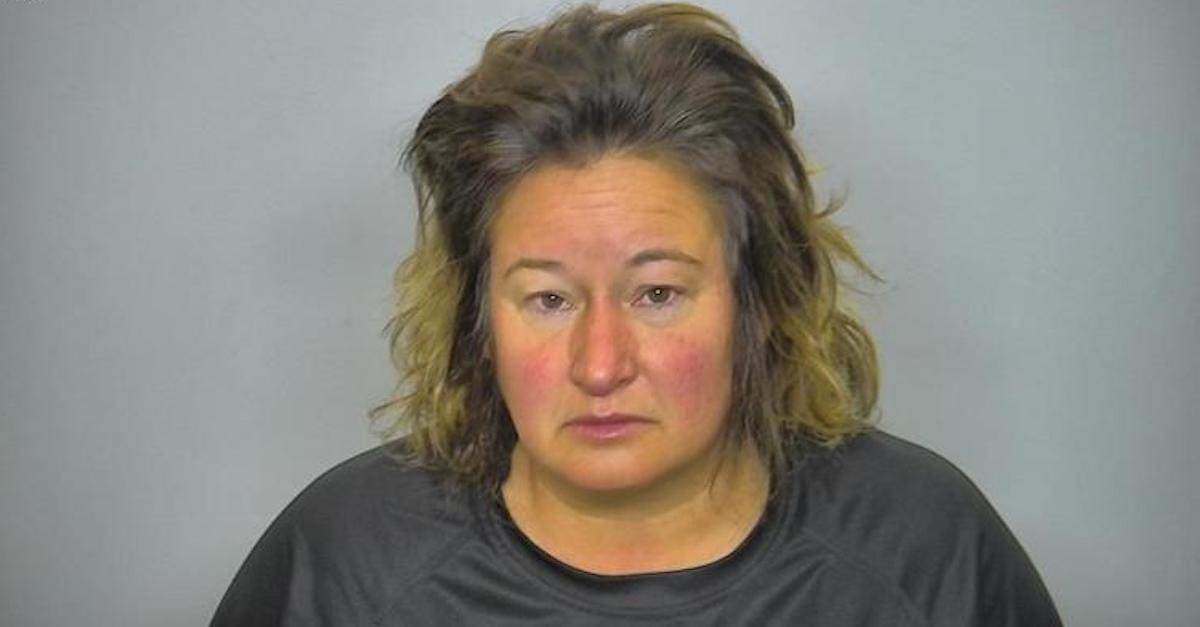 A 50-year-old woman in North Dakota with a thing for “a man in uniform” was arrested and faces up to six years behind bars after she allegedly got a little too frisky with a sheriff’s deputy inside of a local tavern. Sandra D. Kobs-Sabo was taken into custody in the early hours of Saturday morning for allegedly slapping a police officer on his rear end in an aggressive manner while he and another officer were conducting a restaurant and bar compliance check on the establishment, the Grand Forks Herald reported.

According to the report, Kobs-Sabo was at bar called the Crossroads Tavern located in the 1200 block of Northstar Drive on Friday evening when two deputies from the Burleigh County Sheriff’s Office arrived at the location to perform a bar check. An affidavit of probable cause obtained by the Bismarck Tribune reportedly states that while the deputies were on-duty inside the bar, Kobs-Sabo “jogged” up to one of them and “took a large swing and slapped him in the buttocks.”

The slap on the buttocks was apparently more than a gentle “love tap,” as it reportedly “caused the officer pain” and resulted in him taking Kobs-Sabo into custody, per the Herald.

But despite her arrest, Kobs-Sabo was apparently far from through with coming on to the officer. According to the report, even after being taken into custody, Kobs-Sabo catcalled the deputy, calling him a “sexy cop.” While she was in the back of the squad car on her way to the Burleigh Morton Detention Center in Bismarck, Kobs-Sabo reportedly continued to badger the deputy, asking if he was married.

She also reportedly made it clear to the deputies that she “loves a man in uniform” and repeatedly emphasized that  she “could not believe” that she was “going to jail for slapping a sexy cop in the ass,” according to a copy of the criminal complaint obtained by the Herald.

While Kobs-Sabo may have thought she was going to end up with nothing more than a slap on the wrist, she is now facing serious jail time. Prosecutors charged Kobs-Sabo with one count of simple assault against a peace officer, a class C felony, and sexual assault for offensive contact, a class A misdemeanor.

A charge of simple assault is typically a B misdemeanor unless the victim is “a peace officer or correctional institution employee acting in an official capacity, which the actor knows to be a fact.” The same holds true if the victim is a state hospital employee, a person engaged in a judicial proceeding, a firefighter, or emergency medical services personnel.

Kobs-Sabo was reportedly released after posting bond. Online court records show that she made her initial appearance via Zoom on Sunday before Burleigh County District Court Judge David E. Reich. The records also show that the court issued an Order Prohibiting Contact on Feb. 1.

The case is being prosecuted by Assistant Burleigh County States Attorney Tessa Marie Vaagen, according to the court docket. There is no attorney listed as representing Kobs-Sabo.