N.D. Woman Sentenced to 30 Years for Murder of Friend’s Baby Beaten So Badly Family Was Told Not to Read Autopsy Report 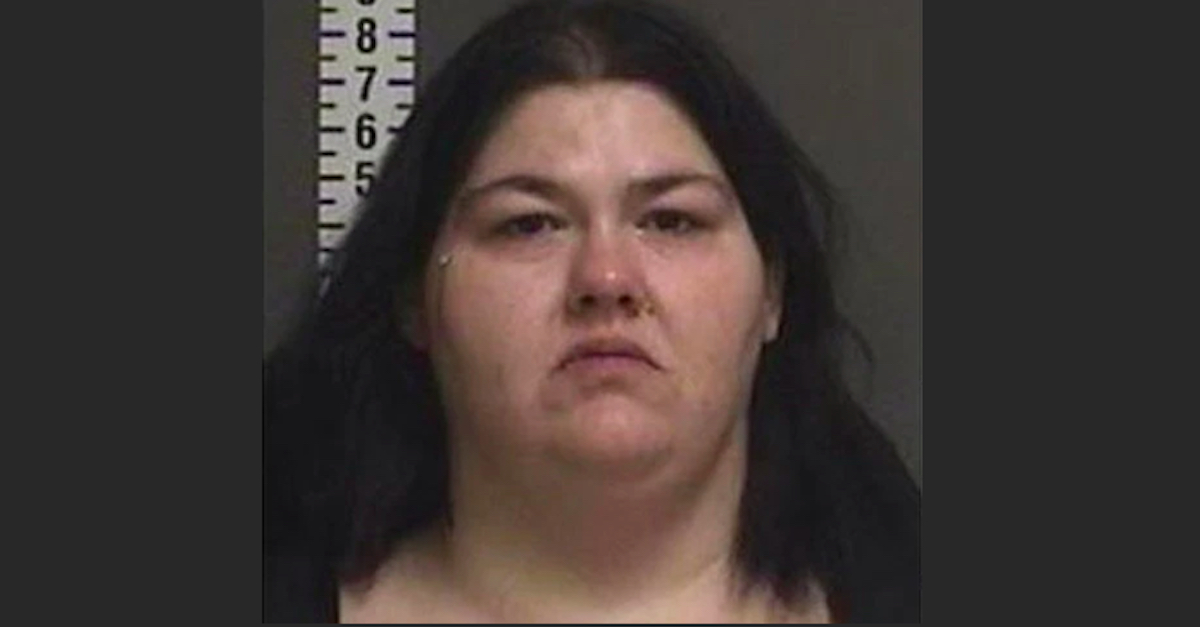 A judge in North Dakota on Monday sentenced a woman to spend the next three decades in prison for brutally beating a family friend’s toddler to death last year. Brandi L. Adeleke, 38, was handed a 30-year sentence for murdering 15-month-old Meka Ducheneaux, whose death was so horrific that authorities told the child’s family not to read the autopsy report because it would “change them,” The Forum of Fargo-Moorhead reported.

Adeleke in September pleaded guilty to one felony count each of murder and child abuse in Cass County District Court after initially entering a plea of not guilty. She faced a maximum penalty of life in prison.

According to the report, Adeleke cried throughout Monday’s proceeding as she listened to emotional victim statements from the toddler’s family.

“I don’t understand how you take the life of an innocent child and what she could have done so badly that made you hurt her. I know I will never get the answers to these questions,” Meka’s aunt and caregiver, Amanda Carrillo, reportedly told the court.

She also said she would never forgive herself for asking Adeleke—who has been described as a “family friend”—to look after the child overnight.

“I feel pain anytime I walk through the door because there’s something missing,” Amanda Carrillo said. “I feel pain when I hear my kids laugh because [Meka’s] laughter is missing.”

Prosecutors also read a letter penned by Meka’s grandmother, Cindy Carrillo, who reportedly wrote about the family being forced to take the toddler off of life support just three months after celebrating her first birthday.

“My husband and I had to watch our family listen to the devastating news about a beautiful little girl who was beaten and tortured by someone we trusted. We had to watch our son make the hardest decision of his life to pull the plug and let his baby stop suffering. I would not wish this on anyone, not even you, Brandi,” Cindy Carrillo reportedly wrote in the letter,” adding that “family were told not to read the autopsy report out of fear that it would change them.”

Adeleke on Nov. 20, 2020 reportedly called 911 to report that Meka was having trouble breathing. Officers with the Fargo Police Department and Emergency Medical Services responded to the residence located in the 2300 block of 17th Street S. and reportedly said the toddler appeared blue and had a weak pulse. She was rushed to Sanford Health where she was said to be in critical condition before she was taken off life support on Nov. 24 and pronounced dead.

When investigators asked her about Meka’s “suspicious bruising,” Adeleke reportedly said the marks were the result of live saving measures she performed on the child when Meka stopped breathing.

Per The Forum, Adeleke later said she left the toddler unattended in the bath for up to two hours, during which time Meka “went underwater” and was fully submerged for an unknown amount of time.

The autopsy reportedly determined that Meka’s death was a homicide caused by “numerous blunt-force injuries” that were found to be “non-accidental and inflicted by another person.”

Assistant State Attorney Ryan Younggren told the court that Meka was covered in “substantial injuries” from “head to toe.” “I usually say that metaphorically, but not in this incident,” he added.

Adeleke’s sentence came after both the prosecution and defense reportedly reached a joint recommendation for the court.

Meka’s father, who is currently incarcerated for matters unrelated to his daughter’s death, told prosecutors that Adeleke’s life was “worth something” and “still worth saving,” The Forum reported.

Speaking on her own behalf, Adeleke reportedly said she “didn’t mean for this to happen.”