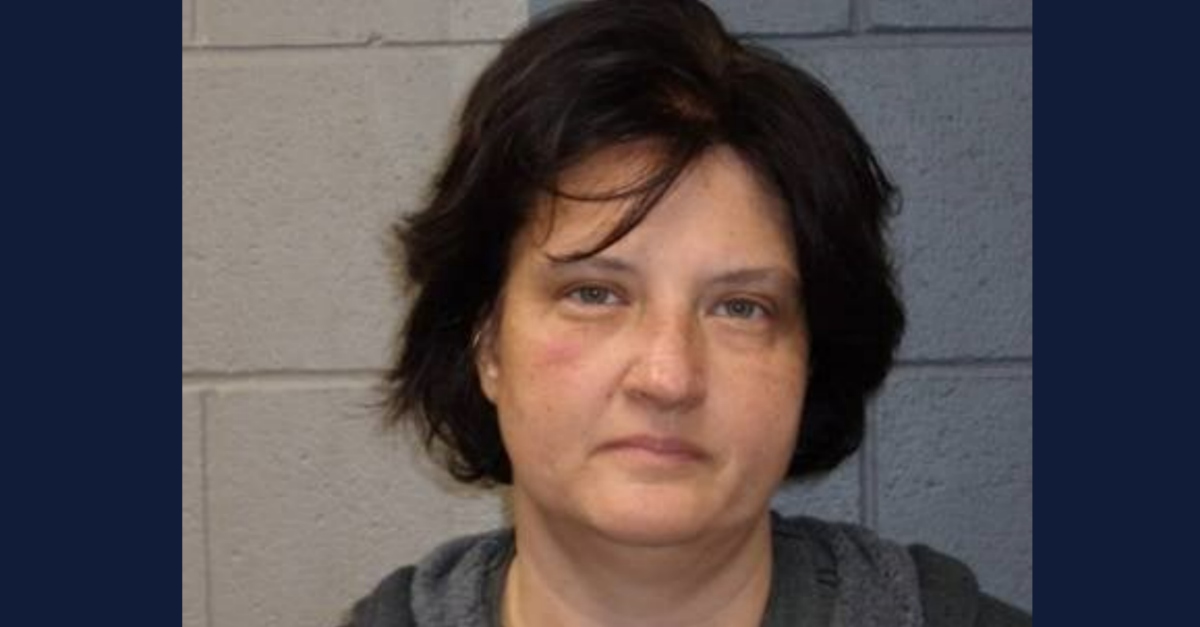 A woman who allegedly murdered her husband is missing. Deputies in McDonald County, Missouri, and Benton County, Arkansas, are looking for Dawn Renee Wynn, 49.

She faces trial for second-degree murder and armed criminal action, accused of shooting husband Harold Lee Wynn, 51, in the back of the head while he was asleep in bed.

“Please be on the lookout for Dawn Wynn,” McDonald County Sheriff Rob Evenson said in a statement on Sunday. “Due to a recent Missouri Supreme Court ruling, over objections from the prosecuting attorney, Wynn was out on bond and on pre-trial release where she had to check in by telephone. She is accused of murder and armed criminal action stemming from the shooting of her husband. She should be considered dangerous and could be armed. She is accused of, and charged with shooting her husband in the back of the head while he slept.”

Wynn was supposed to stay put in her mother’s home in the Benton County city of Pea Ridge, according to KOAM. She left a note and disappeared, Evenson said.

The Benton County Sheriff’s Office described her as a possible danger to herself.

Some of those ties in Missouri are in the city of Joplin, sources for KOAM said.

“Exercise caution and do not approach!” Evenson wrote.

Deputies in McDonald County said they responded on Nov. 16 to an address on Pleasant Grove Road after a report of a shooting.

They said they found Harold Wynn dead from a gunshot wound to the head.

Dawn Wynn claimed to be sleeping, facing her husband when he was shot in the back of the head, according to the affidavit obtained by The Joplin Globe. Something brushed her face. She said she called 911 after seeing her husband and the blood.

Deputies said they discovered the .40-caliber semi-automatic pistol between her husband’s head and the pillow Dawn Wynn said she was sleeping on. There was a live round in its chamber, they said.

The suspect allegedly told authorities her two children were sleeping in the living room at the time. She said she believed the firearm was stored in the bottom of a bookcase near the head of the bed.

Benton County deputies describe Dawn Wynn as standing 5 feet, 2 inches. She weighs between 150 and 170 pounds. She has short, black hair.

They ask that anyone who sees her to call the Benton County Sheriff’s Office immediately at (479) 273-5532.

McDonald County deputies ask that anyone with information on her whereabouts call the McDonald County Sheriff’s Office at (417) 223-4318, or your local law enforcement agency.