Murder Defendant Found Dead in Jail Cell the Day After He Was Arrested for Stabbing Wife to Death: Sheriff 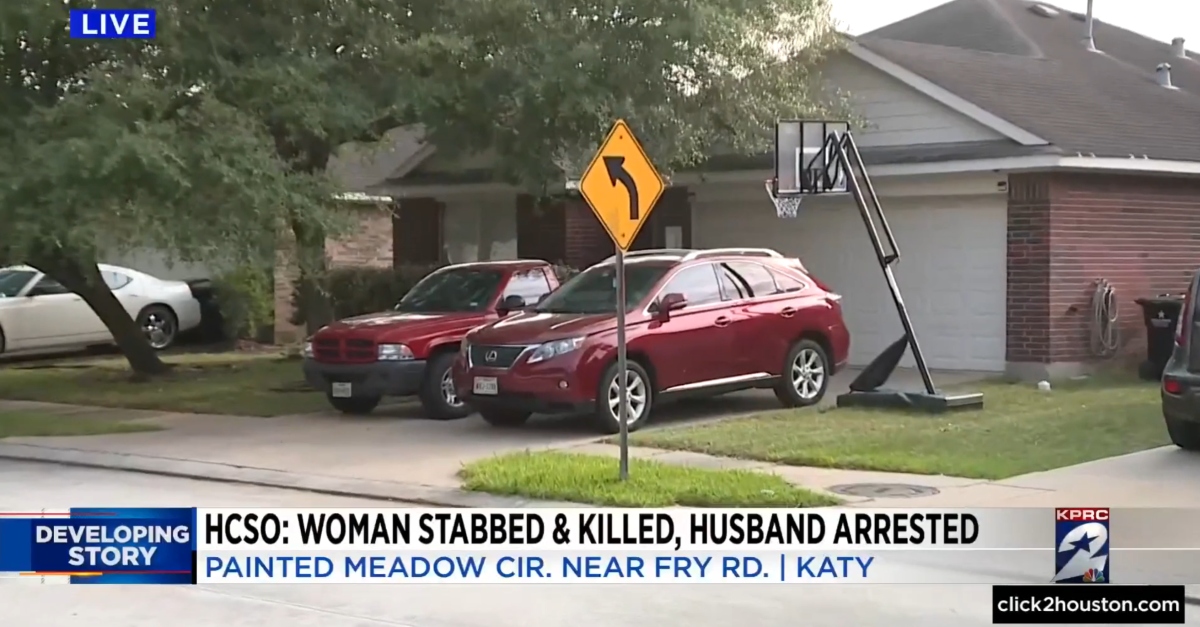 A man died in jail just a day after he allegedly stabbed his wife to death. For now, 39-year-old Benjamin Pierce‘s death doesn’t appear suspicious, though the matter is under investigation.

“No apparent signs [of] trauma or foul play,” Harris County Sheriff Ed Gonzalez said in an announcement Saturday. “The majority of time he was in a single-man cell.”

This morning, inmate Benjamin Pierce (39), became unresponsive in a holding cell. Lifesaving measures were attempted, he was transported to a hospital and pronounced deceased. No apparent signs or trauma or foul play. The majority of time he was in a single-man cell. In
1/3 pic.twitter.com/3gDkf6jIcB

Deputies responded to an in-progress call in the 3200 block of Painted Meadow Circle at around 8:19 a.m. on Friday, according to KPRC.

Pierce allegedly told deputies he stabbed his wife. Authorities found her in the foyer. First responders pronounced her death.

The couple’s 7-year-old son, who was physically unharmed, was inside the home and may have witnessed the fatal attack, officials said.

Defendant Pierce had allegedly called 911 after calling a relative, to whom he confessed the stabbing. The family member and a woman drove to the home.

According to officials, Leslie and Benjamin Pierce had been arguing about divorce and child custody.

“In accordance with state law related to any jail-based Death In Custody, an independent agency will investigate; [The Houston Police Department] will be the investigative agency,” Gonzalez said. “Harris County Institute of Forensic Sciences will conduct a medical examination.”