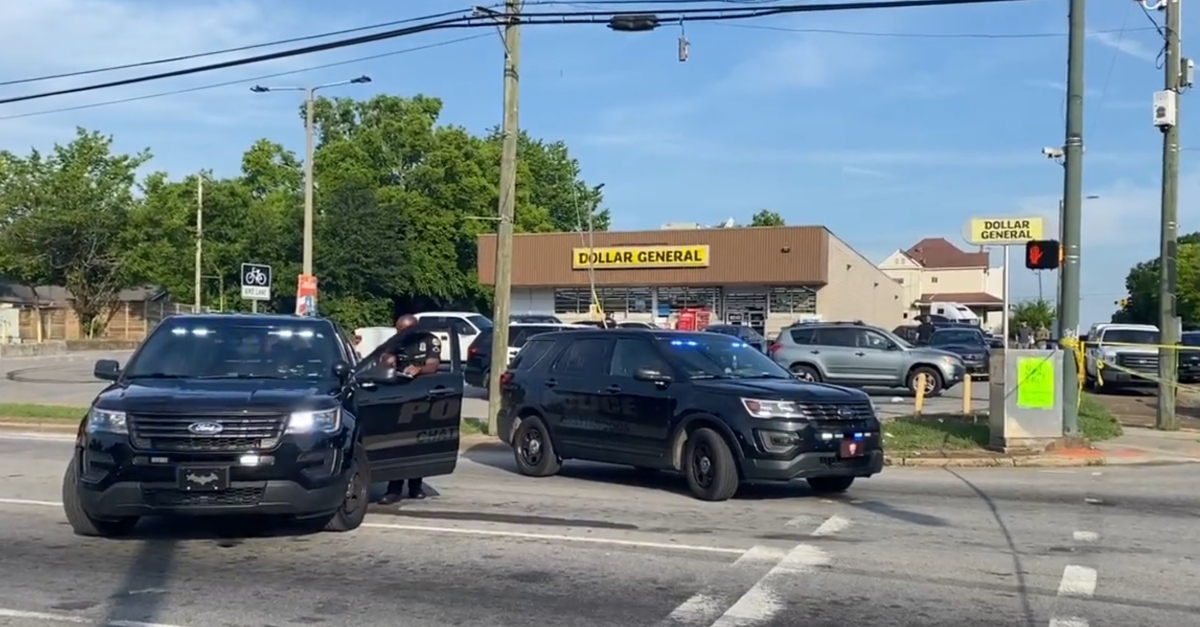 Police by the intersection of Willow St. and McCallie Avenue in Chattanooga, Tennessee.

Three people are dead and 14 others injured after a mass shooting in Chattanooga, Tennessee, overnight. Two of the slain victims died from gunshot wounds, and one was run over by a vehicle, Police Chief Celeste Murphy said in a press conference Sunday. Of the 17 total victims, 14 were shot, and three were hit by vehicles while attempting to flee the scene, cops said. Several people are in critical condition, she said.

CPD units responded at 2:42 a.m. to the 2100 block of McCallie Avenue, at a nearby nightclub, regarding a report of a shooting. Responding officers encountered multiple victims and rendered aid.

Murphy did not identify the victims. She said they included both male and female victims. 16 were adults and one was a juvenile. She extended condolences to the victims and their families.

The chief suggested there is more than one shooter, but she said she was not able to confirm how many during the ongoing investigation. No one is in custody. Authorities are reviewing evidence, including footage, Murphy said.

The kinds of weapons used in the shooting were still under investigation, Murphy said.

BREAKING: Willow and McCallie have been blocked off after an early Sunday morning shooting. @ChattanoogaPD confirms several people are left with life threatening injuries. We are working to learn more. @Local3News pic.twitter.com/iZ94PrSFaP

BREAKING: Here’s another glimpse of the crime scene. @ChattanoogaPD says 16 adults and 1 juvenile were involved in the mass shooting on McCallie Ave. Police say it’s an isolated incident and believe there’s no threat to the public at this time. @Local3News pic.twitter.com/4Y3aqLkCj4

She did not release information on what officers believe happened, but said they believe this to be an isolated incident, with no ongoing public safety threat. They are trying to determine what happened and what led up to this, she said. Officers are seeking help from the community to figure it out.

“We cannot do this by ourselves, and we are asking for help,” she said.

Murphy asked that anyone with information related to this incident–regardless of how small or insignificant you think this information is–reach to homicide investigators at (423) 643-5100. You can also use the Atlas One app. All of this can be anonymous, she said.