Investigators Believe That Suspected Serial Killer Cop Might Have Murdered 15-Year-Old Girl, Who Was Found Tied Up to Tree in 1974 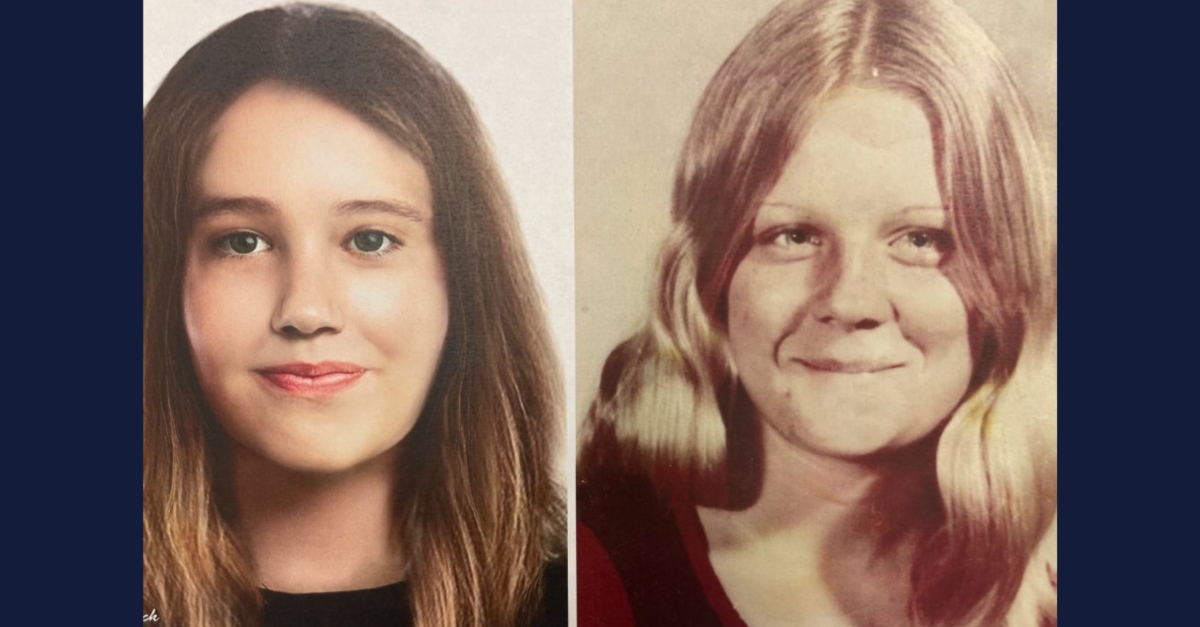 Citing his M.O., authorities suggest a suspected serial killer cop might have brutally murdered a 15-year-old girl in the 1970s. Investigators want to speak to victim Susan Gale Poole‘s old friends in hope they might fill in the blanks of her whereabouts from around the time she disappeared, according to outlets.

The 15-year-old’s family reported her missing from Broward County just before Christmas in 1972. Deputies were called out in Palm Beach County in June 1974, after her unidentified skeletal remains were discovered tied up with wire to a tree among the mangroves by Florida State Road A1A. The area was known as “Burnt Bridges.” Poole was just bones, and it wasn’t until recently that investigators managed to use new DNA technology to identify her through her siblings and mother, who is in her 90s, according to The Tampa Bay Times.

“The family was happy to know what happened,” Palm Beach County Sheriff’s Detective William Springer said in a press conference on Thursday. “It’s been a long time waiting to see what happened to their sister.”

Now authorities are trying to prove who killed Poole. They suggest it might be Gerard Schaefer, a police officer who was convicted of murder for mutilating and decapitating Georgia Jessup, 16, and Susan Place, 17. When Poole went missing, Schaefer worked as an officer with the Wilton Manors Police Department, said Springer, according to CNN. He also worked for the Martin County Sheriff’s Office for less than a month in 1972.

Wilton Manors is south of where the 15-year-old Susan lived with her family at the Pan American Estates Mobile Home Park, according to WPBF. Poole, who had dropped out of high school, reportedly bounced between the trailer park and her friend’s nearby apartment.

“If you look him up, he lived in Broward County in the area where Susan Poole lived,” Springer said, according to WPBF. “He got arrested for kidnapping two girls, taking them out on A1A and tying them up in the mangroves. He was convicted for killing several girls that were also tied up in the mangroves.”

Susan Gale Poole, whose remains were found in a mangrove swamp two years after she vanished, is believed to be a possible victim of serial killer Gerard John Schaefer, a former police officer and deputy. https://t.co/0BUhEhMEru

Poole and the other two girls reportedly all lived near Fort Lauderdale.

Authorities said they found items belonging to various victims when executing a search warrant at Schaefer’s Broward County home in 1974.

Schaefer, who had reportedly been implicated in 30 deaths, died in 1995 while serving a life sentence. Another prison inmate stabbed him to death.

But there is only circumstantial evidence linking him to murdering Poole, authorities said.

“His M.O. was to pick up young girls hitchhiking,” Springer said. “And back then, from her other friends, they told me she did hitchhike. Everything kind of fits that way, but I don’t have any physical evidence to link him to it.”

Authorities want to speak to some of Poole’s friends who also lived in the trailer park at the time.

“They were best friends,” Susan’s sister Patti Poole reportedly said. “They hung out, they were like inseparable.”

Susan’s mother is still alive and all we need is a lead. Who could have committed this heinous crime? Det. Springer is asking to speak to her friends:
– Julie Hunt
– Michelle Williamson
– Greg Anderson
These three could help us find the missing piece and give her family closure. pic.twitter.com/bBOauTYZwB

Authorities hope that Poole’s friends can fill in the blanks about what she was doing when she went missing. Springer specified that he wanted to know if she hitchhiked often, or ever discussed having a relationship with Schaefer.