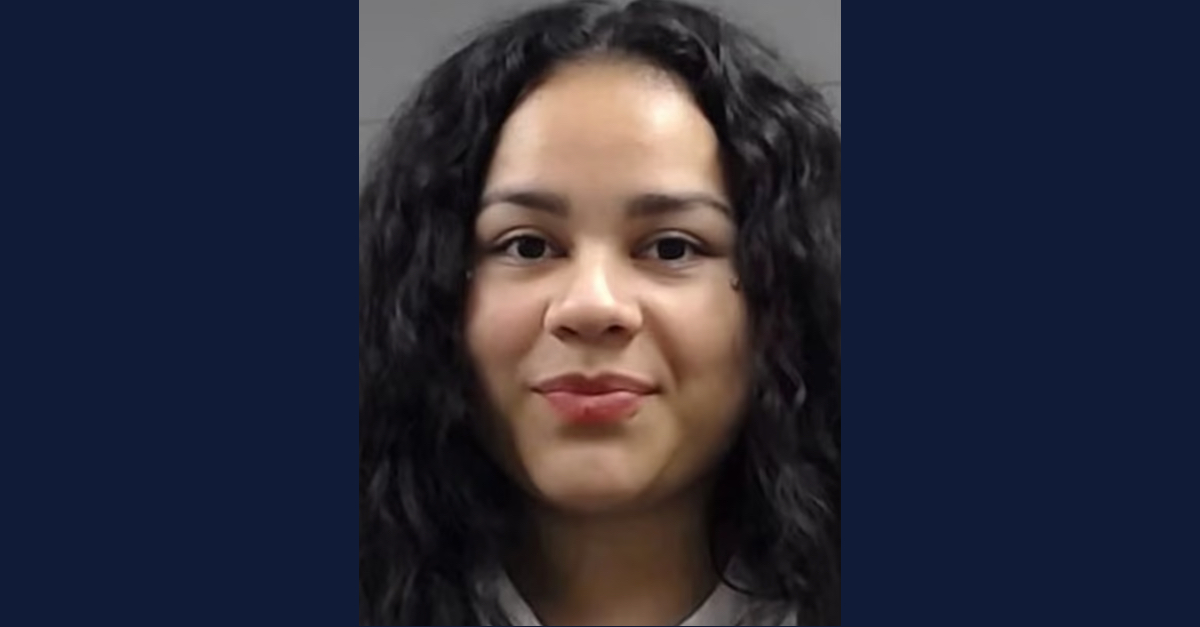 A New York State woman connected with the MS-13 gang was found guilty Monday of four separate murders and racketeering.

Leniz Escobar, 22, lured a group of five men and boys into Central Islip Park in April 2017. Four victims were beaten and hacked to death with tree limbs, machetes, and knives in what federal prosecutors described in court papers as “a horrific frenzy of violence.”

A fifth victim escaped the massacre perpetrated by over a dozen members of the vicious, transnational criminal organization.

Escobar, who used the handle “La Diablita,” or “Little Devil” on social media, is believed to have lured the men to their deaths in an effort to curry favor with the gang members. She and Keyli Gomez, who has pleaded guilty to racketeering charges and is awaiting sentencing, instigated the ambush after seeing the victims “flashing MS-13 gang signs on social media,” a judge in the case noted in a June 2018 ruling. Both Escobar and Gomez were teenagers at the time of the slayings. Escobar was tried as an adult and faces a likely sentence of life imprisonment.

“They were just high school kids,” Assistant U.S. Attorney Megan Farrell said during opening statements as the trial began late last month. “They were trying to look tough and get attention. The members of MS-13 saw these pictures on social media and saw these pictures as a deep sign of disrespect, enough to justify death.”

Prosecutors also said the deaths may have been motivated by a belief that those in the pictures were members of a rival gang. The families of the victims and the lone survivor insist that none of the slain were gang members at all–just young men looking to impress women.

On the night of April 11, 2017, Michael Lopez Banega, 20, Justin Llivicura, 16, Jorge Tigre, 18, and Jefferson Villalobos were killed after following Escobar to a wooded area of the park for what they thought was going to be a hangout to smoke marijuana.

Ordered to kneel, and told they were going to die, the assailants made good on their promise except as to 22-year-old Elmer Alexander Arteaga-Ruiz. He immediately fled after being promised death.

“Eight or nine covered their faces with sweaters, told us to get down on our knees. They had weapons…machetes,” he said by way of a translator during Escobar’s trial–seeing the woman who orchestrated the murder in person for the first time since that fateful night of violence, according to a record of his testimony reported by CBS News. “I jumped a fence and stone wall, ran for my life. One shouted behind me, ‘Hack him!’ Thank God I managed to get away.”

During the massacre, Escobar got on her knees as well, pretending to be one of the intended victims. Her clothes from that night were soaked in blood. She later disposed of them–along with her cellular phone–from a moving car in a failed effort to conceal her involvement.

The next day, the mutilated bodies of the four were found stacked on top of one another near a children’s playground and soccer field.

Jeffrey Amador, the defendant’s then-boyfriend, and reportedly a former high-ranking member of the Los Angeles-based gang also known as La Mara Salvatrucha, testified for the prosecution. He said he took part in the killings, that Escobar chose the spot where it all went down and that she lured the victims to their deaths.

Prosecutors also played a jailhouse phone call Escobar had with Amador the day after the murders in what appear to be slightly-coded references to the failed five-part homicide.

The transcript notes, in relevant part:

Amador: Why do you say that you’re not so good.

Escobar: Because the person that missed the train spilled the beans, and I, well…

Amador: What? Uh-huh. What happened?

Escobar: The person that missed the train spilled the beans.

Amador: So…the one that missed the train, and the others didn’t. I already know that.

Escobar: Right, but he spilled the beans with the cops.

Five years to the day of the gruesome incident, Escobar was convicted.

“With today’s verdict, Escobar has been held responsible for the crucial role that she willingly played in orchestrating one of the most vicious and senseless mass murders in the district in memory,” U.S. Attorney Breon Peace said in a press release. “The defendant showed utter disregard for human life by leading the victims into a killing field, to their slaughter, to enhance her stature with her fellow cold-blooded murderers within the MS-13 gang. It is my hope that Escobar’s conviction will bring some measure of closure to the relatives of the victims and serve as a warning to other gang members that this Office, together with our law enforcement partners, will not rest until everyone responsible for these murders is held accountable and the MS-13 no longer poses a danger to our district.”

Escobar’s indictment can be read in full below:

[image via U.S. Attorney’s Office for the Eastern District of New York]