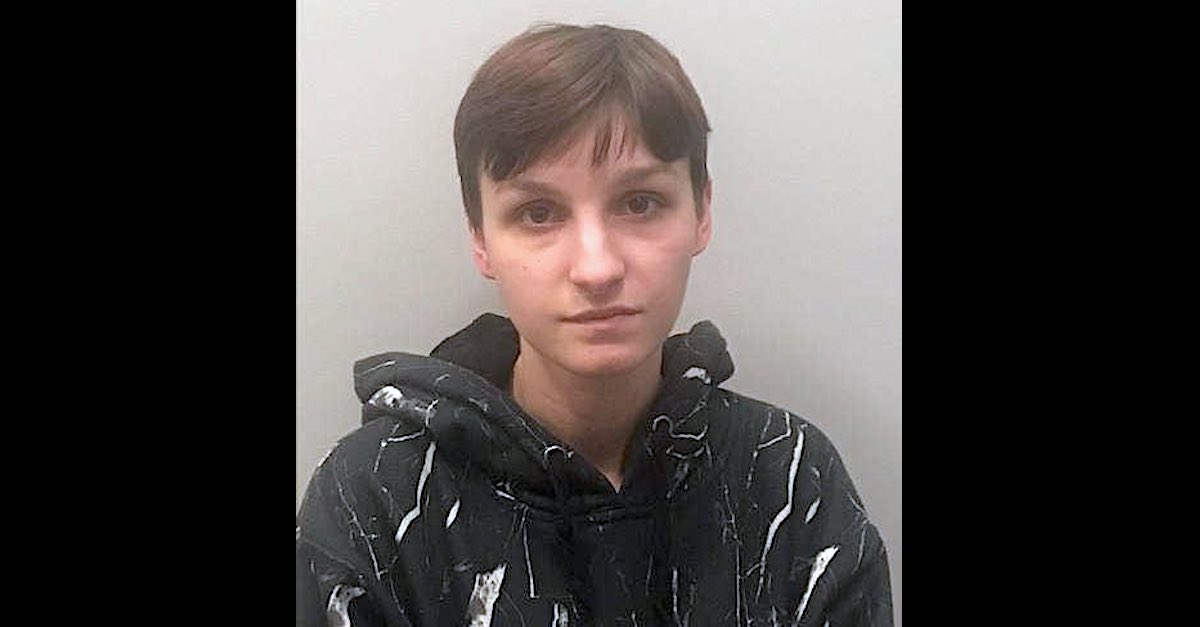 A New Hampshire woman has turned herself in to police on assault charges after authorities say her 1-year-old child ended up at the hospital with both of its arms broken in multiple places.

According to police records reviewed by Law&Crime, Haylee Elizabeth Bernier, 19, of Rochester, N.H., is charged with the first-degree assault of an individual less than thirteen years old. She tendered herself to local authorities at about 4:32 p.m. Thursday. The records also indicate Bernier posted bail and was released pending trial.

Reports by Foster’s Daily Democrat and the Manchester, N.H. Union Leader cite police officials as saying the child is no longer in Bernier’s custody.

According to those reports and others from a Maine television station, the investigation unfolded when officials with Mass General Hospital in nearby Boston called police and said the 1-year-old was being treated for suspicious injuries.  A six-week investigation “determined the injuries to the child were allegedly caused by Bernier,” the Democrat said.

Patch.com said that police declined to release additional information given the “sensitive nature” of the case.

Under the relevant New Hampshire statute, the mother is accused of “[k]nowingly or recklessly caus[ing] serious bodily injury to a person under 13 years of age.” Notably, the statute does not require prosecutors to prove that the child’s injuries were “purposefully” committed.

“A person acts recklessly . . . when [s]he is aware of and consciously disregards a substantial and unjustifiable risk . . . exists or will result from his conduct,” the relevant connecting statute explains. “The risk must be of such a nature and degree that, considering the circumstances known to him, its disregard constitutes a gross deviation from the conduct that a law-abiding person would observe in the situation. A person who creates such a risk but is unaware thereof solely by reason of having voluntarily engaged in intoxication or hypnosis also acts recklessly with respect thereto.”

The crime charged is a Class A Felony. Such charges carry a prison sentence of up to fifteen years under New Hampshire law.