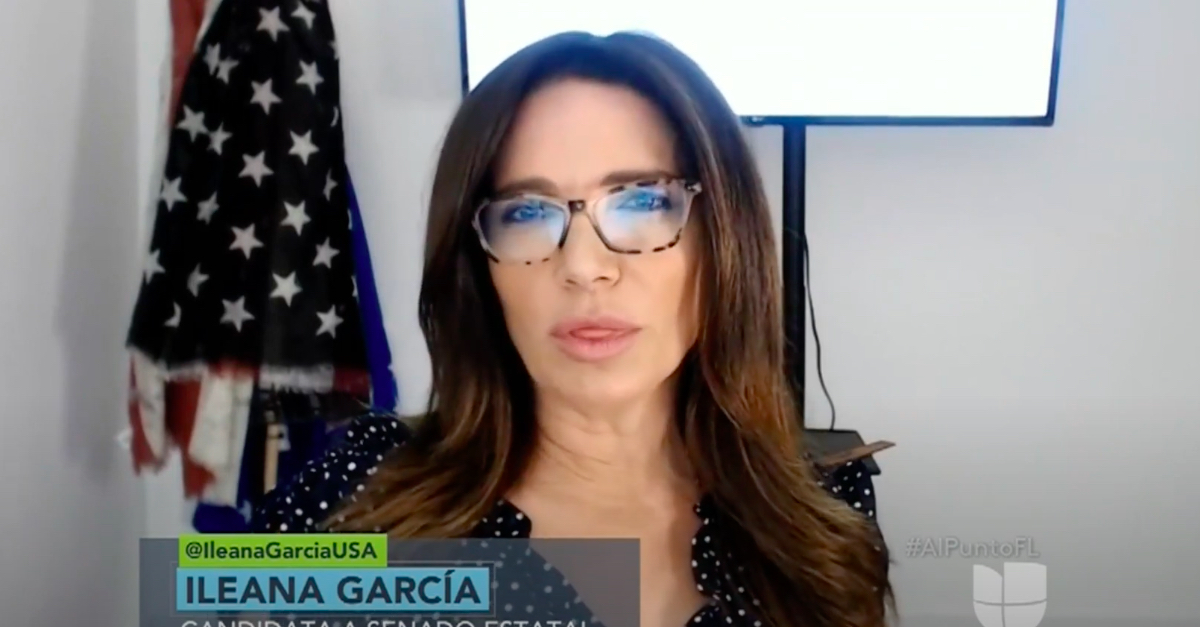 Democrats are calling for Republican State Sen. Ilena Garcia to step down.

Democratic leaders in Florida are calling for a newly elected Republican state senator to resign and for officials to hold a special election after it was revealed that the state’s most closely contested district was very likely swayed by a “sham” candidate bankrolled by a former GOP lawmaker.

Rodriguez was one of at least three third-party Florida Senate candidates who were all funded by the same unknown dark money donor(s) as part of an alleged scheme to siphon votes away from Democratic candidates.  An executive producer at Miami’s WPLG-TV was the first to ask questions in Nov. 2020 when she was tasked with the normally thankless job of collecting photographs of candidates for standard broadcast graphics. Photographs of Rodriguez were hard to come by; he also didn’t return the station’s phone calls.

Rodriguez, who ultimately garnered more than 6,300 votes, was allegedly paid $50,000 to run, in part because he had the same last name as Democratic incumbent Javier Rodriguez. The incumbent Rodriguez lost to Republican challenger Ileana Garcia by a mere 32 votes out of more than 215,000 total votes that were cast.

In the wake of Artiles’ arrest, Democrats are calling for Garcia to step down.

“Her victory is clearly tainted and will forever cast a cloud on her service in the Senate, not to mention the entire Florida Senate. In the interest of fairness and the sanctity of our Democratic electoral process, we call on Sen. Garcia to resign immediately and that a fair special election be held as soon as possible,” Florida Democratic Party Chair Manny Diaz said during a Friday press conference that was streamed online.

“This type of activity calls into question the very integrity and fairness of our electoral process.”

“This election in Senate District 37 was manipulated, and it was decided by 32 votes. So, it is clear that the manipulation had an impact on the outcome of the election,” Farmer said. “The best way to make sure this doesn’t occur again is to redo the election in SD 37 and ensure that we have a fair election and pass laws that protect the integrity of our elections.”

“When sham candidates run to spoil an election by syphoning off votes from an opponent, we should not minimize their tactics by referring to them as ‘dirty tricks,'” she wrote.  “These are crimes and an attack on democracy.”

When sham candidates run to spoil an election by syphoning off votes from an opponent, we should not minimize their tactics by referring to them as “dirty tricks.” These are crimes and an attack on democracy. https://t.co/QHEPmzxGHu

While there is a mechanism for the state Senate oust Garcia and hold a special election, the Republican-led chamber said it has no plans to address the issue according to Senate President Wilton Simpson.

Simpson’s statement noted that Miami-Dade County State Attorney Katherine Fernandez Rundle said Garcia did not have any involvement in the alleged scheme of Artiles and Rodriguez.