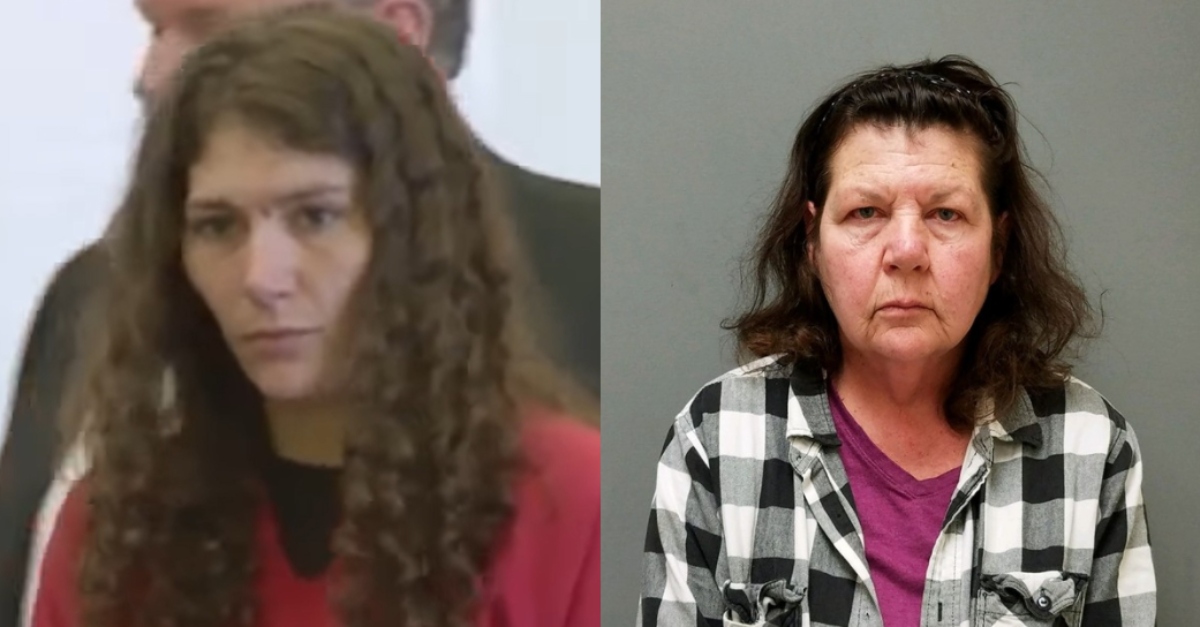 Jurors in Vermont may well end up having to decide the fates of mother-daughter defendants at one trial. Suspected killer Erika Guttilla, 34, will likely go to trial with accused accomplice Carmen Guttilla, 63, for allegedly murdering Troy Ford, 35, according to VTDigger.

Simply put, plea negotiations fell apart, at least for the mother Carmen Guttilla. A prosecutor said they couldn’t trust that she would stick to her story.

“It was essentially a cooperation agreement, but the state needed some assurance that the defendant wouldn’t be changing her testimony after trial,” Deputy State’s Attorney John Lavoie said. “That’s the point at which things fell apart.”

Both women allegedly confessed to playing a role in Ford’s death. They agreed that Ford, who was living with them, “had to go” because he was abusing the family, supplying them with drugs, and sexually abusing ex-girlfriend Erika Guttilla, according to this version of events. Erika Guttilla allegedly shot Ford in the head as he slept in November 2017, but she and her mother rolled the victim’s body into a carpet and stored it in the back porch for weeks.

Erika Guttilla’s then-boyfriend Corey Cassani, who has since pleaded guilty to being an accessory after the fact, helped the women dump the body in nearby woods, where neighbors found the remains in May 2018, authorities say.

Ford’s sister disputed the abuse allegations against him.

“If he was doing all these horrible things, why didn’t they call the police?” Raquel Ford said in a reportedly tearful interview with The Burlington Free Press.

She suggested that in a mostly white state like Vermont, it was easier to stereotype her brother because he was Black.

“He didn’t deserve to be thrown away like he was trash,” she said.

Lavoie’s reasoning for the joint trial is that the evidence against both women would be the same from the prosecution’s point of view. David Sleigh, an attorney for Carmena Guttilla, did not stand in the way because neither woman was going to go against her co-defendant.

“I’ve never done this in Vermont before,” he said after court, according to the VTDigger. “It’s not a situation where one is going to blame the other. That often happens with defendants in these kinds of cases.”

Erika Guttilla is charged with first-degree murder, and her mother faces a charge of aiding in the commission of a felony.

[Screenshot of Erika Guttilla via WPTZ; and booking photo of Carmen Gutilla via Vermont State Police]