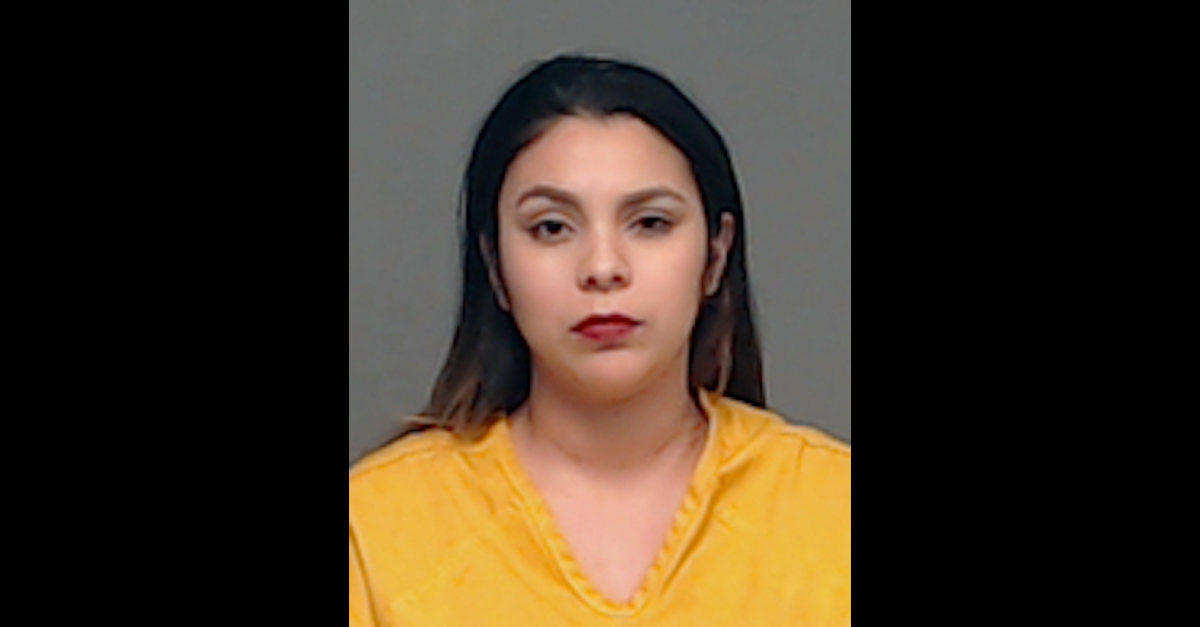 A Texas woman charged with the murder of her 21-month-old child wants the case against her thrown out because, as she claims, the district attorney prosecuting her and the prosecution itself are both racist.

Lesley Renay Moreno Fernandez stands accused of murdering her infant, Nathan Quezada, in March 2018. The boy’s mother, along with father Andrew “Andy” Fernandez, were both arrested and charged with murder in February 2019 after an autopsy report determined that the baby died from multiple fractures in his vertebrae due to a series of blunt force traumas on various separate occasions.

According to San Angelo Live, Moreno’s defense attorney Jenny Henley recently submitted a motion to dismiss the case on the basis of “prejudice and ethnic discrimination in prosecution.”

The defense cited a separate case on the court’s docket in service of their argument that Moreno, along with Mr. Fernandez, were being unfairly targeted due to their Hispanic ethnicity.

In that separate case, from January of this year, three white adults were indicted for causing injury to a child.

Those three adults, Destiney Harbour, Dustin Smock, and Cristin Bradley, are believed to have played a role in the death of another child. The specific allegations against the trio include claims that the child did not receive proper medical care when it was needed and that, at some point, the baby was dosed with heroin.

But, the defense motions notes, those three white adults are only being prosecuted for felony injury to a child. Moreno and Fernandez are both charged with murder.

The following images were contained in the defense motion: 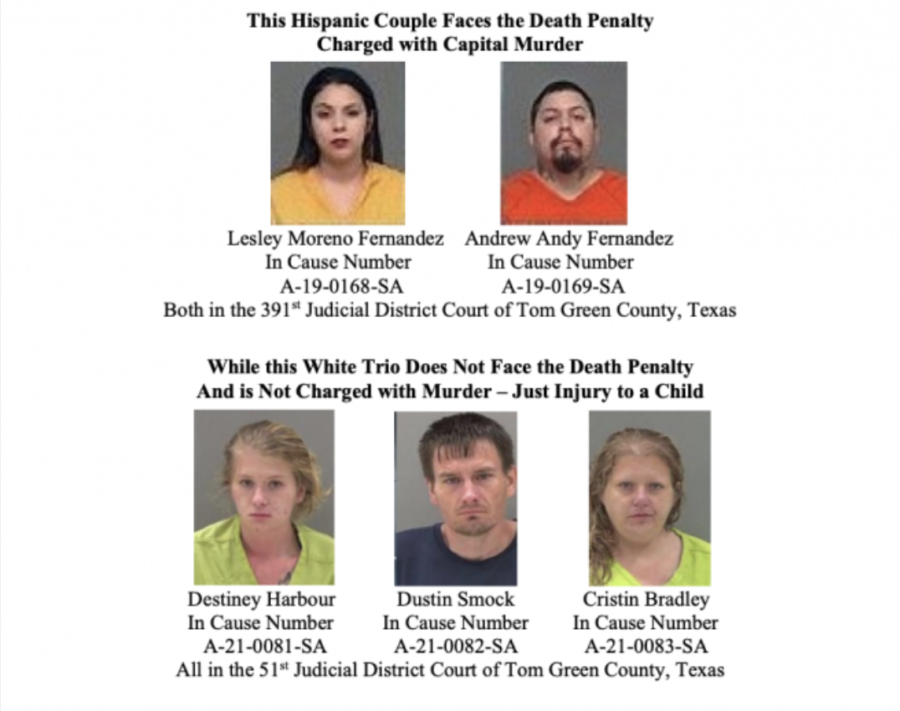 District Attorney Allison Palmer is currently prosecuting both cases, the defense noted, but only the Hispanic couple is currently on the hook for the death penalty while the white defendants in the other case face a far less severe form of punishment if found guilty.

Palmer has been the subject of other controversies in West Texas.

In August 2019, she was investigated by the State Bar of Texas for professional misconduct after allegedly retaliating against another attorney who called into question the validity of plea bargains in Tom Green County. That attorney, Patricia Stone, alleged that Palmer’s office extracted at least one such plea bargain under duress by unlawful, excessive incarceration. After that, the DA’s office allegedly shut Stone out of all plea negotiations until her grievance was settled.

Days after that investigation was announced, Palmer was disqualified from prosecuting a murder allegedly committed by another woman whose last name is Moreno.

“Based upon the information that is in the Motion to Disqualify Allison Palmer, and based upon the testimony that I heard today, I am going to rule that Ms. Palmer should be disqualified from the presentation of this case,” Judge Mike Freeman ruled. “I think the attempts that you tried to make, Ms. Palmer, late in the game were to be commended; however, I can’t help but feel that due process does require that you be removed from the case.”

Henley has also previously raised racism in defense of her client.

According to the San Angelo Standard-Times, the attorney filed a motion last summer arguing that the death penalty is “racist in its application.”

“[Article 37 of the Texas Code of Criminal Procedure] is impermissibly vague and devoid of any objective standards to guide the jury in its decision whether or not to apply the death penalty in a particular case in violation of the Eighth Amendment to the United States Constitution,” Henley added in the motion — attacking the Lone Star State’s statutory post-trial procedure that determines how people convicted of capital crimes are ultimately punished.

Notably, the defense attorneys representing the accused couple have not been paid since Henley filed the motion alleging that systemic racism was fatal to the state’s case. A motion in January of this year to remove the judge overseeing the case was itself tossed out.

The defense didn’t make much headway with that first motion alleging racism inherent in the death penalty in general, either.

The court will meet on June 1 to address the latest motion targeting Palmer.