Months After Missouri Woman’s Head Was Found in a Truck in Arkansas, Her Wanted Son Has Been Found Dead 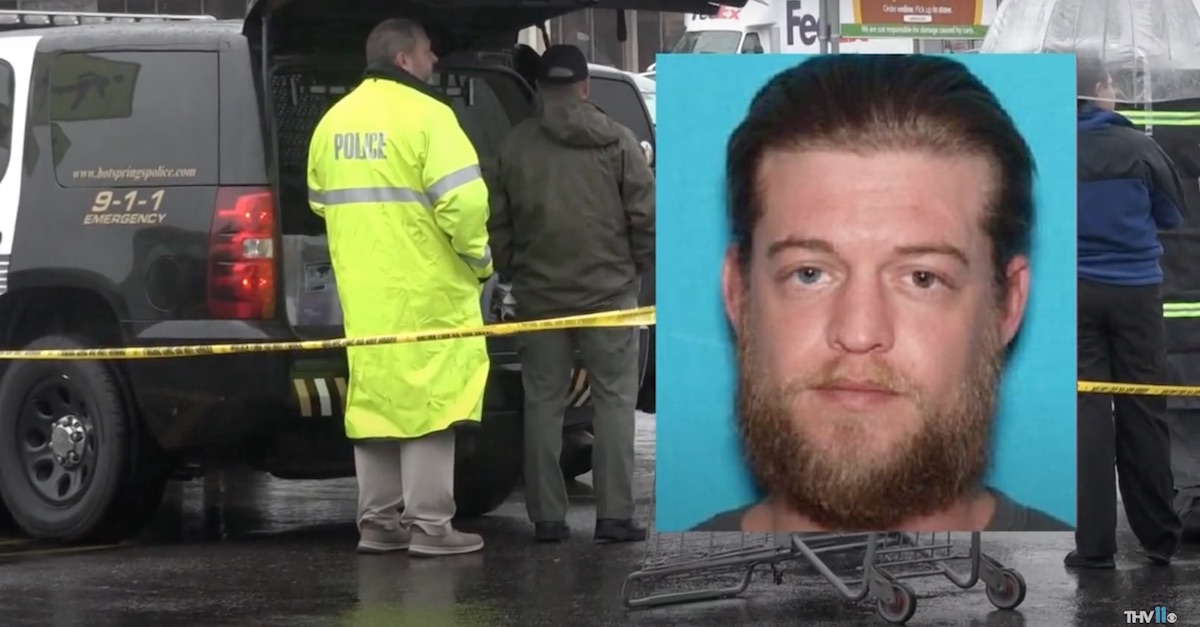 Aaron Goodwin, a man suspected of murdering his mother Connie J. Goodwin in her Deerfield, Missouri home and decapitating her, has been found dead in a wooded area around five months after the grisly crime. The Vernon County Sheriff’s Office in Missouri said that Goodwin was found dead near Hot Springs, Arkansas earlier this week and is believed to have died by suicide.

Hours after the 63-year-old victim’s decapitated body was found at her home on Oct. 28, her head was found in a black trash bag in the back of a pickup truck at a Walmart some 6 hours and roughly 300 miles away. Since then, Aaron Goodwin has been the only suspect in his mother’s murder, according to authorities. Officially, he was wanted for abandonment of a corpse.

Goodwin, who was 38 years old as of October, has himself been found dead. The sheriff’s office said that a citizen found the fugitive’s body.

Here’s what police said on Facebook about the latest discovery and some of the facts of this disturbing case:

The body of Aaron Goodwin was located early this week in a wooded area outside of Hot Springs, Arkansas nearly five months after being named the sole suspect in a homicide case. Goodwin was wanted by the Vernon County Sheriff’s Office for Abandonment of a Corpse and was the suspect in the murder of his mother, Connie Goodwin, who was found in her home on October 28, 2020. According to Officials with the Sheriff’s Office, the body had been decapitated and the head was located in the back of a truck in Hot Springs, Arkansas later in the day. Vernon County Sheriff Jason Mosher requested assistance from the Missouri State Highway Patrol Division of Crime and Drug Control during the investigation. The body was located by a citizen and reported to law enforcement.

According to the press release, information was developed early on, leading investigators to believe that Aaron may have committed suicide in a wooded area, but the investigation was still treated like a suspect at large.

“Because his body had not been found, we continued to follow up on leads from Kansas and Missouri and requested the assistance of a federal agency in searching for him,” Vernon County Sheriff Jason Mosher said in a statement.

Authorities have not yet figured out what led to the brutal slaying.

An Oct. 2020 obituary for Connie Goodwin said that she was survived by her husband of 45 years, six children (including Aaron Goodwin), grandchildren, great grandchildren, and a large extended family.