Mom and Boyfriend Charged with ‘Sickening’ Child Abuse After Allegedly Starving Daughter, Locking Her in Closet for 25 Days 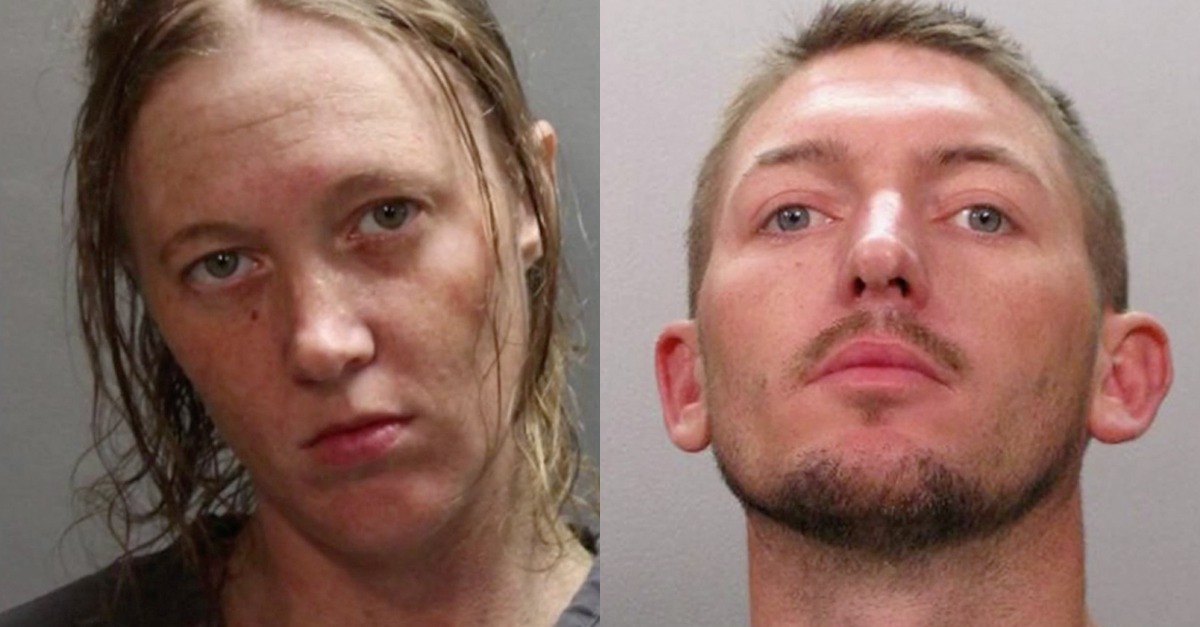 A Florida mother previously charged with child neglect recently had her charges upgraded due to the extreme extent of the alleged abuse.

Alexandra Ebey, 37, was initially charged with child neglect with great bodily harm in late December for allegedly locking her 5-year-old daughter inside of a closet for 25 days.

According to an arrest report from the Jacksonville Sheriff’s Office obtained by local CBS and Fox affiliate WJAX, the girl was “weak and emaciated,” suffering from open wounds all across her body. Sheriff’s deputies originally visited the house earlier that month, they said, after someone phoned in concerns about not having seen the child in some time and fearing that she may be dead.

Sheriff’s deputies also said that the girl had “parts of skin falling off of her body,” when she was removed from the home late last year.

According to the sheriff’s office, Ebey denied abuse was the cause of her daughter’s troubles, claiming that she hurt herself from playing.

The 5-year-old was transported to nearby Wolfson Children’s Hospital to deal with her state of malnourishment. There, the girl allegedly told law enforcement that she had been “handcuffed and tied” down inside of the closet, where she was allegedly forced to use a bucket as a toilet, according to the police report.

On Dec. 23, 2021, Kenneth Trout, 38, was charged with one count of child neglect and two counts of aggravated child abuse, resisting arrest and two drug-related crimes, according to arrest records.

According to Trout’s arrest warrant obtained by local NBC and ABC affiliate WTLV-WJXX, the girl’s siblings said that she was severely punished when, for example, she ate out of a peanut butter jar.

An anonymous neighbor spoke with the TV station and said that her knowledge of the alleged abuse prompted several phone calls, including the final call that led to the girl being rescued.

“Sickening,” that neighbor said in an interview. “Felt helpless for them like I couldn’t do anything for them. Even no matter how many calls were made there were still no proof until they found her malnourished and almost too late. I could never imagine, never. I tried imagining, and I could never imagine. We wanted to see the girl because nobody has seen her and that was the tipping point. When they brought her out in the blanket, they said she was using the bathroom or whatever. I saw her she was in a blanket and she could barely even walk.”

The neighbor also spoke with WJAX.

“You could see ribs, you could see malnutrition, patches in their hair, bites all over them,” she said, speaking of the girl and her siblings. “It all varies with them honestly. All I could do is just, report it. Heartbreaking. Definitely, heartbreaking. Overwhelming.”

The children have since been placed, together, with their grandparents. The girl was released from the hospital last Friday.

“It’s a game-changer when you see them fully clothed, they are clean, they are happy, they are smiling, they are laughing,” the long-concerned neighbor told the TV station over the weekend. “They are still scared but at least they are still smiling at the end of the day.”