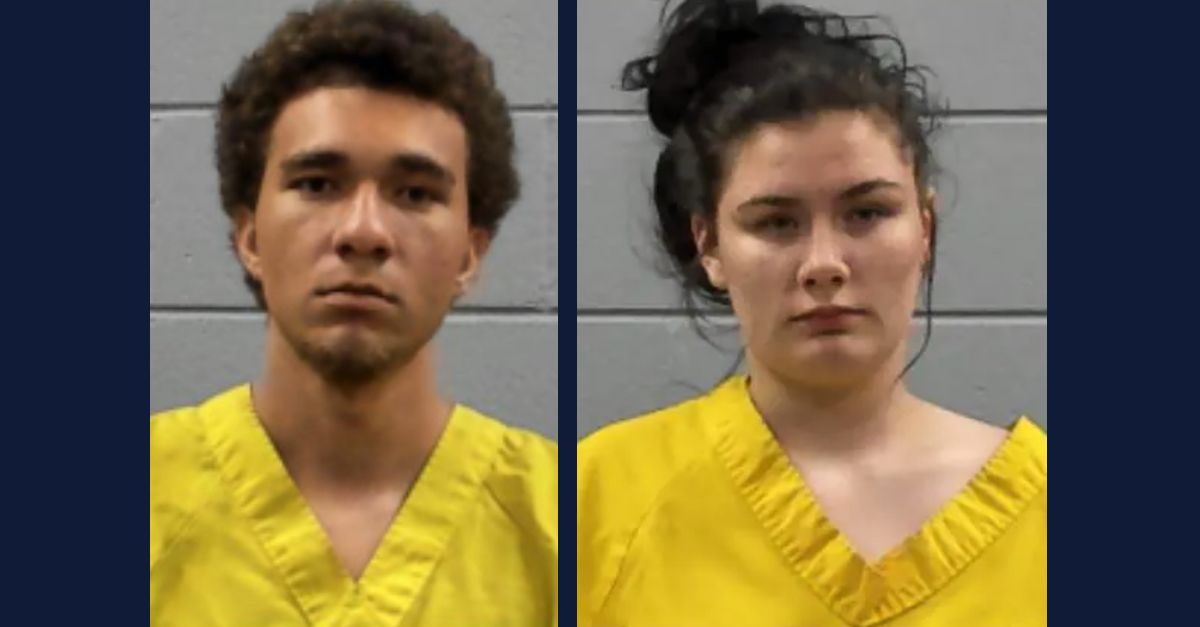 A Mississippi man and teenager have been charged in connection with a body recently found dumped in a ditch with multiple stab wounds.

Jeffrey Allen Freeman, 22, and Madison Nicole Hardin, 17, both stand accused of capital murder over the death of 22-year-old Keair Stowers. whose body was discovered on Sunday, April 24, 2022.

The defendants both hail from Morton, Miss. while the victim was from Forest, Miss., according to Jackson, Miss. NBC affiliate WLBT.

The series of events that led up to Stowers’ death–as well as the immediate aftermath–appear to span multiple counties in the Magnolia State.

The victim was found in a Rankin County ditch after deputies were called to a home on Wilson Bates Road over the weekend.

Deputies from adjacent Scott County later arrived on the scene in order to help the Rankin County Sheriff’s Office with their investigation. The impromptu task force soon discovered that Stowers’ truck had recently been stolen. That truck was eventually recovered in not-at-all-adjacent and relatively far-off Franklin County–which would have required the thief to pass through no fewer than two, and as many as four, additional counties after leaving Rankin.

After the truck was recovered, the two sheriff’s offices would then be aided by a third: the Franklin County Sheriff’s Office. And, though details on the exact contours of the investigation and timeline are scarce, deputies there took Freeman and Hardin into custody on suspicion of murder before transferring them to the Rankin County Jail.

No motive has been speculated upon by law enforcement as of this writing.

The investigation into the murder is still ongoing, according to multiple local media reports citing the local sheriff’s office and Rankin County District Attorney Bubba Bramlett, who is prosecuting the case.

Law&Crime reached out to the RCSO for additional details on this story but no response was immediately forthcoming at the time of publication.

According to the Rankin County Court’s criminal division, the two defendants are currently being held without bond. Freeman has an initial hearing scheduled for May 3, 2022 before Rankin County Court Judge David L. Morrow Jr. No information on Hardin is being released due to her minor status.

In Chicago in late January of this year, an adult man and a teenager were charged with murder after a stray bullet killed an 8-year-old girl who recently moved to the country from Mexico. She was on her way to get ice cream when she died.

In San Antonio, Texas just days later, a 17-year-old boy was taken into custody for allegedly shooting and killing his mother’s fiancé on New Year’s Day during a domestic dispute involving several family members. The victim in that case died from multiple gunshot wounds.

A few days after that, also in Mississippi, 14-year-old girl Bridgett Leann Forehand went on trial for the allegedly murdering a 19-year-old man she barely knew by shooting him in the forehead. The defendant in that case was initially charged with manslaughter.