Chicago Teen and Adult Charged with Murder After Stray Bullet Kills 8-Year-Old Girl Less Than a Year After She Came to U.S. from Mexico 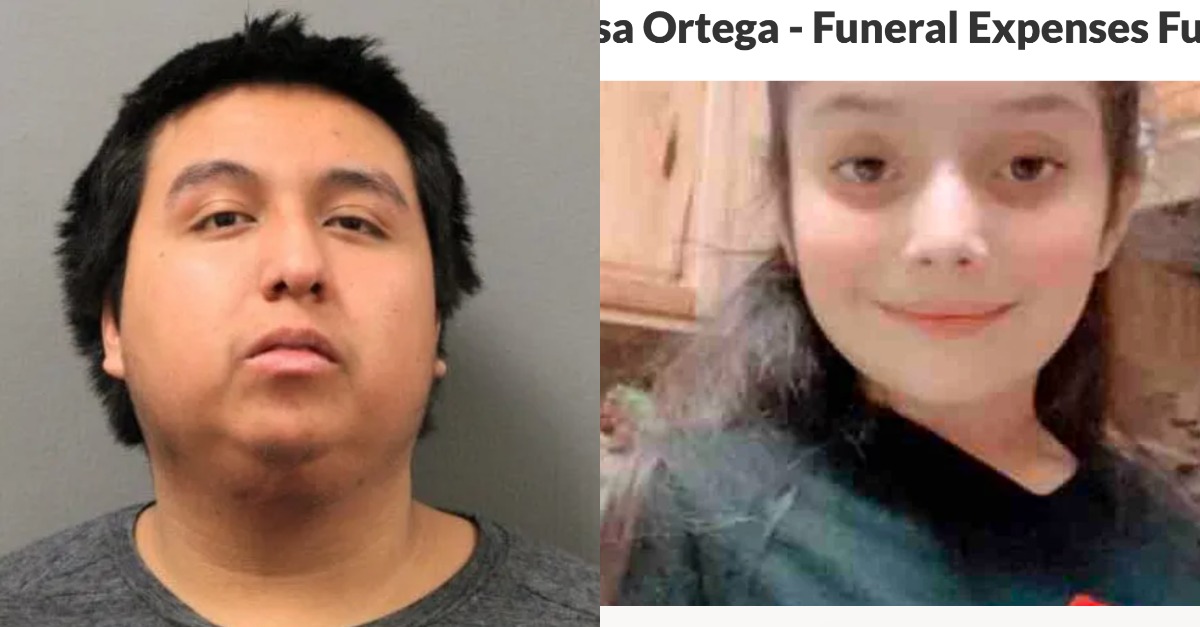 Xavier Guzman (L) appears in a mugshot; Melissa Ortega (R) is his alleged victim and her image is shared on a fundraising page for her family.

A teenager and an adult man in Chicago have been charged with the murder of an 8-year-old girl over the weekend.

Melissa Ortega was gunned down in the Little Village neighborhood of the Windy City on Saturday afternoon. She died due to a stray bullet allegedly fired by one of the suspects at a man coming out of a store, according to an account by the Chicago Police Department.

The teenager charged is said to be a 16-year-old boy and has not been named. The second suspect charged in the young girl’s death is Xavier Guzman, 27, who was allegedly driving the getaway car.

The victim’s mother has already forgiven the boy in question.

“To the aggressor, I forgive you,” Araceli Leanos said in a statement she read at a news conference announcing the murder charges, according to the Chicago Sun-Times. “You were a victim, too. As a 16-year-old, the community failed you, just like it failed my precious baby. Although I do hope that in the many years you spend in prison you get time to reflect on your actions because you took away the most valuable thing I had in my life, my princess Melissa.”

During the press conference, CPD Superintendent David Brown accused the pair of plotting to kill a rival gang member after they allegedly saw three such individuals at the corner of 26th Street and Komensky Avenue just before 3 p.m. on Jan. 22, 2022.

“Our city has been shaken and no one can make sense of this tragedy,” Brown said before detailing what he said the CPD believes to have been the order of events leading up to Ortega’s death.

According to police, Guzman first pulled the car into an alley, then the black-clad 16-year-old got out of the car, immediately opening fire on the trio of suspected rivals. Ortega, who was crossing the street with her mother at the time, suffered a gunshot wound to the head. One of the three men who were the allegedly intended targets of the gunfire was struck in the back as he fled. After the onslaught of violence, the boy allegedly jumped back into the car as it raced away.

Brown said investigators ascertained their suspects by piecing together police and private surveillance footage. Guzman was arrested on Monday–alleged by police to have ahd the gun used in the shooting inside his Toyota Camry at the time of his arrest. The boy was arrested on Tuesday. Each have been charged with murder, attempted murder and unlawful use of a weapon charges.

A GoFundMe is currently raising money to help pay for the slain girl’s funeral expenses. As of Thursday, the campaign has raised more than $83,000. The child victim moved with her mom to the U.S. from Mexico as recently as Aug. 2021.

“Melissa was 8 years old and a resident of Little Village and attended Emiliano Zapata Academy,” organizer Normal Sandoval writes. “She and her mother immigrated from Mexico this past August. They were both excited to start a new life in Chicago and build their American Dream. I was honored to have met Melissa and will always remember her beautiful smile.”

“I am asking that you please help fund her funeral expenses,” the plea to help the family continues. “She will be buried in her home town, Los Sauces, Tabasco, Zacatecas, Mexico.”

During the press conference, the deceased girl’s mother said she had promised her daughter a hamburger after running a bank errand.

“I wasn’t able to fulfill that promise,” she said.

The sadly scuttled lunch plans were made all the more grim by what authorities claim the two suspects did immediately after the shooting.

“They drove to a Subway to get Subway sandwiches,” Cook County Assistant State’s Attorney James Murphy said at a bond hearing on Wednesday morning. “They are seen laughing, having a good time, and then they go to a gas station to buy beverages.”