Missing 78-Year-Old Man Found Buried in His Own Backyard. Now His Son Is Charged with Murder. 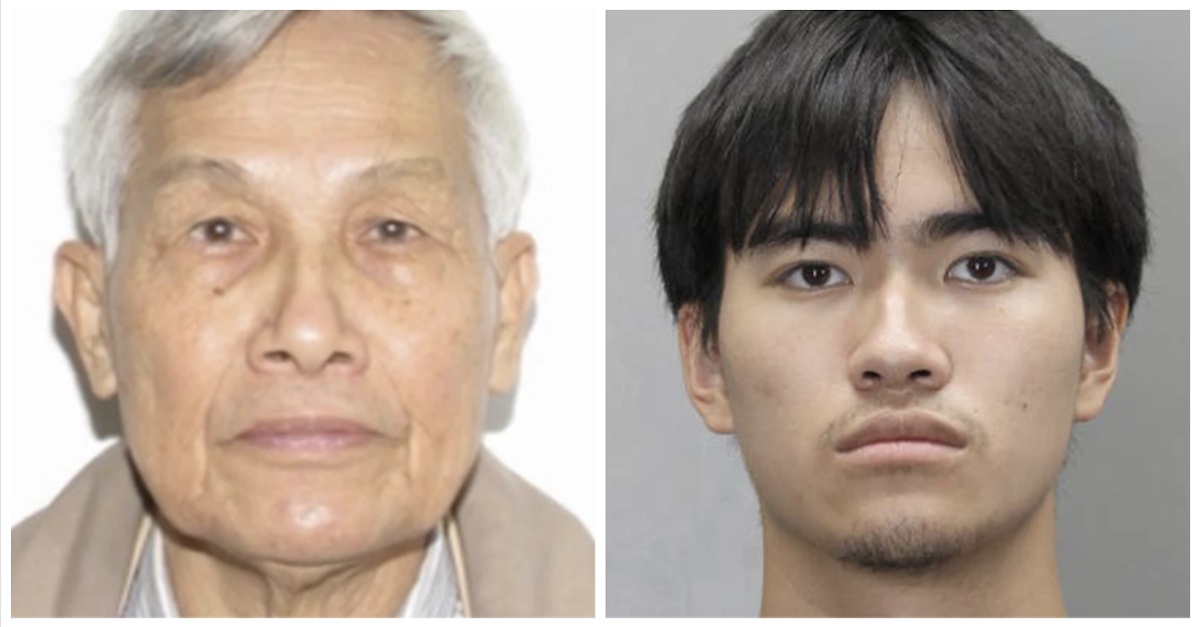 A brutal murder in the Northern Virginia area has shocked but not surprised locals, where there has been a disturbing trend of deadly family violence in 2021. The latest case involves a family in Fairfax County with a lengthy history of audible and documented domestic disputes which were so frequent that, one neighbor says, no one thought the screaming they heard on Sunday was cause to call the cops.

Those neighbors and authorities now believe that Sunday, Sept. 5, was when 78-year-old Truman Nguyen was murdered and buried in his own backyard by his 19-year-old son, Philip Nguyen.

“This it the fifth time in 2021 where a father or a mother or a sister — for the 5th time in 2021 — has been murdered by a son or a brother,” said Fairfax County Police Chief Kevin Davis during a Thursday press conference outside of the crime scene, pointing to a disturbing trend in the community. “On four separate occasions we have homicide victims whose lives have been taken by sons or the brother.”

“Here we are again,” O’Carroll began.

The victim was last seen on Sunday and this was initially treated as a missing persons case. Police said a family member reported Truman missing on Monday.

It took a few days of investigation, but police said the major breaks in the case and an arrest came swiftly.

Multiple investigative leads on Wednesday into the morning pointed to a body possibly being buried in the victim’s own backyard, O’Carroll said. Philip Nguyen of Falls Church, “formerly of this residence,” was charged with second-degree murder and is being held without bond, O’Carroll told reporters.

O’Carroll confirmed that authorities have responded to the Nguyen residence many times over the years to sort out domestic disputes.

“We have been at this residence before — numerous occasions,” O’Carroll said, “for various calls for service. Not very recently, but they have included domestic disputes and domestic-related incidents.”

A next door neighbor said that the elderly victim, a retired postal worker, was buried in a garden where he spent much of his time. She said that, to her knowledge, no one called the police when they heard screaming on Sunday because neighbors have been hearing those fights for years.

“They had classic, knock-down, drag-out fights in that house that we’ve heard for years and years and years,” Sherry Garay told Fox 5. “So, when people did hear people screaming on Sunday, nobody called the police that I’m aware of. I wasn’t home so it wasn’t me who didn’t call the cops. But yeah, people heard screaming, and we’re pretty sure that’s when it happened.”

But other neighbors were still shocked by it all.

“It’s just beyond the pale and beyond my imagination that someone would actually do that,” Tony Albert told News4.

“I’m wordless. I saw the young man not too long ago working in his yard,” she said.

O’Carroll said that there is still a lot of investigative work left to be done.

Authorities said that the investigation is ongoing and that it is possible, depending on what they learn, that they will pursue first-degree murder charge down the line.

For now, Philip Nguyen faces a charge of second-degree murder, which in Virginia is punishable by up to 40 years in prison upon conviction.

Murder, other than aggravated murder, by poison, lying in wait, imprisonment, starving, or by any willful, deliberate, and premeditated killing, or in the commission of, or attempt to commit, arson, rape, forcible sodomy, inanimate or animate object sexual penetration, robbery, burglary or abduction, except as provided in § 18.2-31, is murder of the first degree, punishable as a Class 2 felony.

All murder other than aggravated murder and murder in the first degree is murder of the second degree and is punishable by confinement in a state correctional facility for not less than five nor more than forty years.