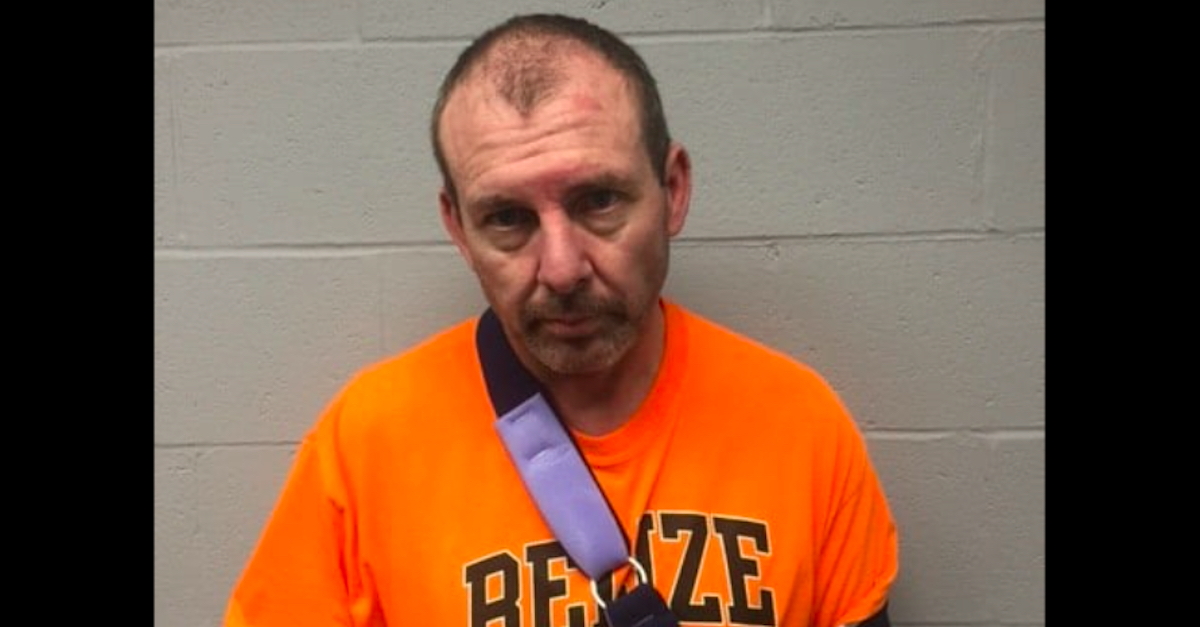 Law enforcement authorities in Tennessee this week arrested a North Carolina man accused of murdering his wife, abducting the couple’s young daughter, and fleeing the state.

Deputies took 50-year-old Brent J. Bockes, of Sanford, into custody on Wednesday and charged him with one count of first-degree murder for allegedly killing Deanna Michelle Bockes, the sheriff’s office said.

The couple’s 3-year-old daughter, Riley H. Bockes, was found safe and an Amber Alert that had been issued in hopes of finding the child was canceled.

The tragic series of events began in North Carolina, when officers with the Sanford Police Department responded to a 911 call requesting a wellness check on a home located on Lee Avenue, police told Durham ABC affiliate WTVD. First responders arrived on the scene at approximately 1:15 p.m. on Wednesday. Upon entering the home, they reportedly found the body of Deanna Bockes. She was pronounced dead on the scene. Authorities said they will not release the cause of death until the medical examiner’s office completes a preliminary assessment.

Investigators quickly focused on Brent Bockes as the person of interest and issued an Amber Alert for Riley.

According to a press release from the Rutherford County Sheriff’s Office, deputies were able to locate Bockes after he got into a car accident in Murfreesboro, Tennessee.

Sheriff’s Cpl. William Travis said Bockes was driving with Riley in a stolen burgundy 2013 Toyota Avalon with North Carolina plates when he collided with another vehicle on Interstate 24 near Joe B. Jackson Parkway and South Church Street, about an hour southwest of Nashville, Tennessee. Bockes allegedly fled from the scene of the accident with his daughter in tow. Authorities responding to the scene of the collision checked the license plate number of the abandoned vehicle and discovered it had been reported stolen and matched the description of the car in the Amber Alert.

Deputies, with the help of the Murfreesboro Police Department, located Bockes and the child soon after the accident.

“The suspect was responsible for the motor vehicle collision and fled with the child,” Cpl. Travis said in a statement. “Deputies and Murfreesboro Police utilized K9s to conduct a track for Bockes.”

Witnesses told investigators they had spotted Bockes going in the direction of the Select Inn motel. Deputies interviewed witnesses in the motel lobby and were able to pinpoint Bocke’s location.

Several deputies spotted Bockes and Riley coming out of a stairwell inside the motel and took him into custody. Riley was taken to the motel lobby where she was examined by Emergency Medical Services personnel.

Bockes was charged with being a fugitive from justice and is currently being held in the Rutherford County Adult Detention Center. Bockes was also charged with robbery and larceny of a motor vehicle.

The sheriff’s office on Thursday shared a photograph of Riley eating pizza with deputies after she was “rescued unharmed.” The office said she is “awaiting a return to family members.”