‘Miss .38 Special’: Colorado Woman Sentenced to Prison for Shooting Neighbor in the Face and Chest after Parenting Dispute 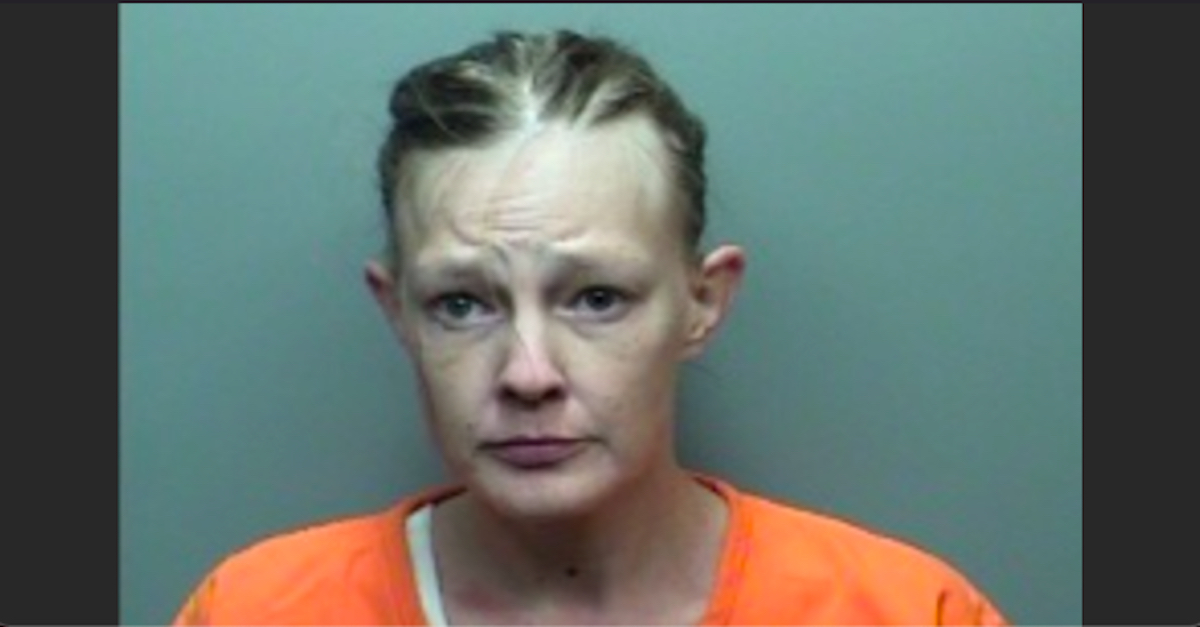 A judge in Colorado this week handed down a prison sentence of more than three decades to a woman who barged into her neighbor’s apartment and shot her multiple times over a parenting dispute.

Judge Laurie Dean of Colorado’s Eighth Judicial District on sentenced Tiera Kelley to 32 years behind bars after Kelley pleaded guilty to charges of attempted murder and menacing, prosecutors said Thursday. The defendant faced 20 to 40 years over the encounter that left Mystique S’ade Wadena, 28, in critical condition for weeks.

“I am heartbroken that you are here and that a sentence to the Department of Corrections is necessary, but I cannot find that anything other than a lengthy (prison) sentence is appropriate given the facts,” Judge Dean said during the sentencing hearing, according to the Coloradoan.

In a letter read by Deputy District Attorney Michael Deschenes, Wadena reportedly referred to Kelley as “Miss .38 Special,” but said she doesn’t harbor ill will towards the woman who left her near-death.

“I don’t hate her, I never have, but it does come as a shock that she has such malevolent feelings towards me,” the letter reportedly said. “She didn’t ruin my life, she just altered it. I am not a victim, I am a survivor.”

Addressing the court, Kelley reportedly apologized to Wadena and her family through tears, calling the shooting the “worst mistake of her life.”

“It kills me inside because being a mother is the most important thing to me,” Kelley said, per the Coloradoan. “I have to live the rest of my life now knowing I caused significant damage to others. I don’t want to cause harm or be in a situation where I ruin someone’s life.”

However, at the time of her arrest, authorities said Kelley showed no remorse for nearly murdering her neighbor, with one detective reportedly testifying Thursday that Kelley’s post-shooting statements were “so cold” and “so malicious” that they stuck with him to this day.

Officers with the Loveland Police Department on Aug. 30, 2020 responded to a call at Kelley’s apartment complex, located in the 1200 block of East Sixth Street. Upon arriving at the scene, first-responders found Kelley exiting her apartment with a towel and peroxide—which she later admitted was an attempt to make police think she was only trying to help and not involved in the shooting, according to a report from the Loveland Reporter-Herald.

In a subsequent interview, Kelley reportedly told police that earlier in the day she overheard Wadena “verbally mistreating her child,” which left her “infuriated.” Approximately an hour later, Kelley reportedly knocked on Wadena’s door and told her she needed to treat her son better. A physical altercation reportedly ensued inside Wadena’s apartment. Kelley told police Wadena was on top of her and holding her down in the kitchen before she was able to push Wadena off and retreat to her own apartment.

Per the arrest report, Kelley then opened a combination safe, grabbed an unloaded .38-caliber handgun, and loaded it with bullets that were stored in another room of the apartment. She reportedly told investigators that she was thinking, “if the first bullet didn’t work then the second one should.”

Armed with the handgun, Kelley left her apartment and found Wadena in the apartment complex’s foyer where she shot her five times from “approximately three feet away.”

Per the Reporter-Herald, Kelley told police that she returned to her apartment and didn’t remember what happened to the gun, but her 16-year-old daughter said she saw her mother stash it under a mattress before turning the weapon over to authorities.

Kelley reportedly told police that prior to the shooting she drank alcohol and smoked methamphetamine with a neighbor.

According to the police report, Kelley said she believed Wadena was “below her as a person” because she “was involved with drugs and treated her children badly.” In reference to the shooting, Kelley reportedly at one point said she “didn’t regret it.”