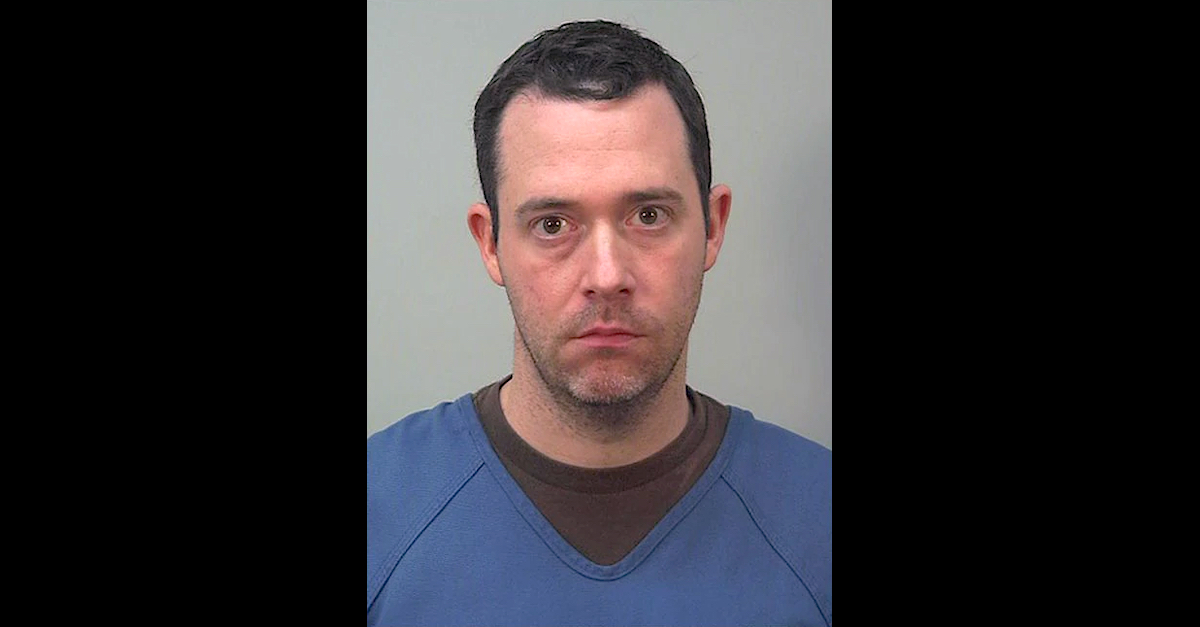 A former Madison, Wisconsin high school teacher will spend the next twelve years in a federal prison for hiding ordinary-looking items that contained hidden cameras in hotel rooms occupied by his students during field trips — all with the alleged hope of recording the pupils in showers, bathrooms, and other private quarters.

David M. Kruchten, 39, pleaded guilty on Aug. 16 to traveling with a group of high schoolers to Minneapolis.  There, the docent was accused of setting up air fresheners, a smoke detector, alarm clocks, and thermostats in hotel rooms his students would inhabit for the night.  The students became curious about the items, so one of them “pressed down on an air freshener on the bathroom counter of her hotel room,” federal prosecutors said in a press release. “When she pressed it, the device opened up and was revealed to be a surveillance camera.”  Some of the items were clearly positioned to record students in showers, prosecutors said. 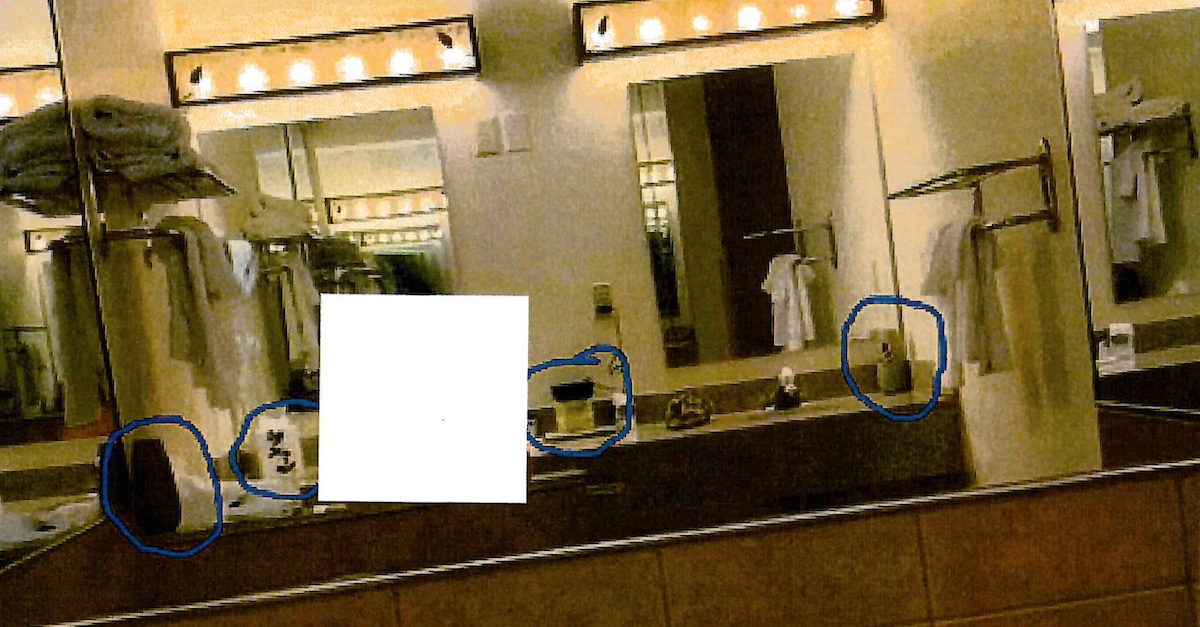 Prosecutors said these devices on a hotel bathroom countertop were the defendant’s hidden cameras. (Image via federal court documents.)

Naturally, the students told their teacher — Kruchten — about what they discovered.  Surveillance camera caught the defendant throwing the collection of devices into various trash cans around the establishment.  The DOJ said Kruchten lied when confronted about the items; the defendant claimed he turned the suspicious devices over to a hotel security manager for further investigation. 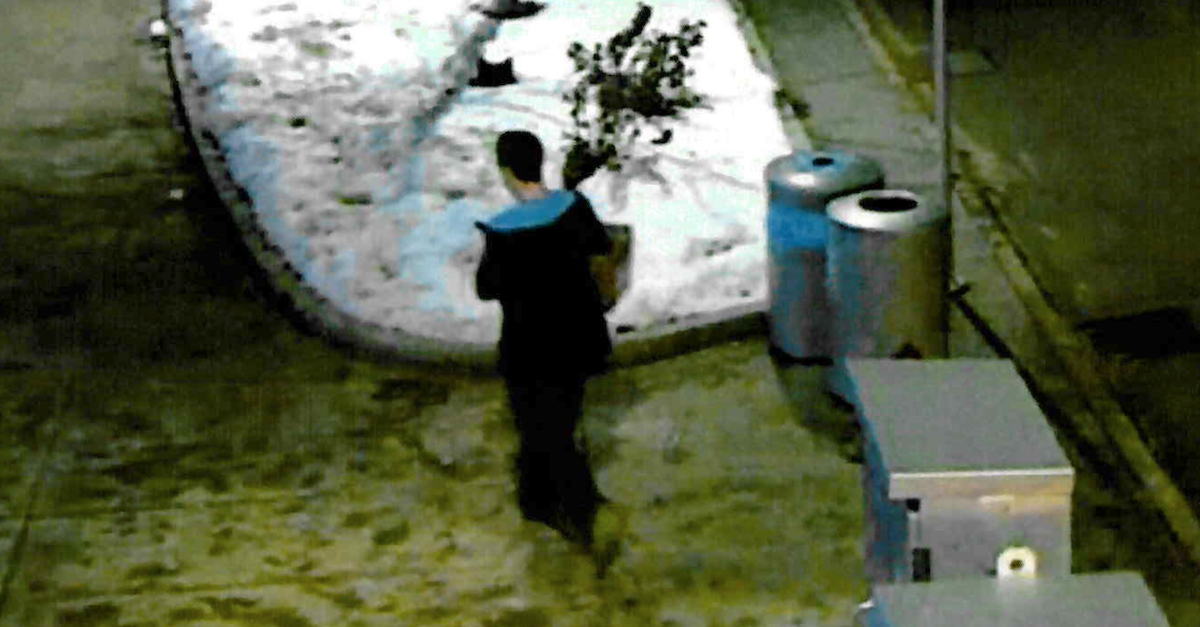 Prosecutors charged Kruchten with seven counts of attempting to “produce obscene depictions of minors engaging in sexually explicit conduct.”  Since he traveled from Wisconsin to Minnesota, the charges also included “transporting minors in interstate commerce with the intent to engage in illicit sexual conduct,” the U.S. Attorney’s Office for the Western District of Wisconsin said.

The investigation did not end with the trip to Minneapolis.  A DOJ press release said the defendant’s students provided evidence of additional malfeasance during other school outings:

During the course of the investigation, multiple students provided pictures and videos that they had taken in their hotel rooms during school trips to the Kalahari Resort in Wisconsin Dells and the Grand Geneva Resort in Lake Geneva. In the photos provided, multiple air freshener type-devices are visible on the bathroom countertops. In the same photos, digital clocks, thermostats, and tissue boxes that were actually recording devices are also visible. The devices could be seen on the counter, on the toilet, and on the wall.

Kruchten used his personal credit card to reserve a suite at the Kalahari Resort in the Wisconsin Dells for trips in 2018 and 2019. He also determined which of the students stayed in this upgraded room. The photos and videos provided to law enforcement by the minors who stayed in the upgraded rooms showed numerous recording devices in each bathroom of the suite. He also rented a room at another Wisconsin resort for a babysitter. Photos she took of the bathroom also showed multiple recording devices in the bathroom.

The DOJ noted that Kruchten was an advisor for a school organization and had personally arranged the Dec. 2019 overnight trip to Minneapolis.

A number of Kruchten’s victims and their parents spoke at a Friday sentencing hearing, the DOJ said.  They expressed “betrayal, sadness, and anger,” prosecutors recalled; some “reported fear showering in hotels and checking air fresheners in public bathrooms to ensure they were not recording devices.”  Some parents expressed “guilt for allowing their children to go on trips with the defendant,” prosecutors also related. 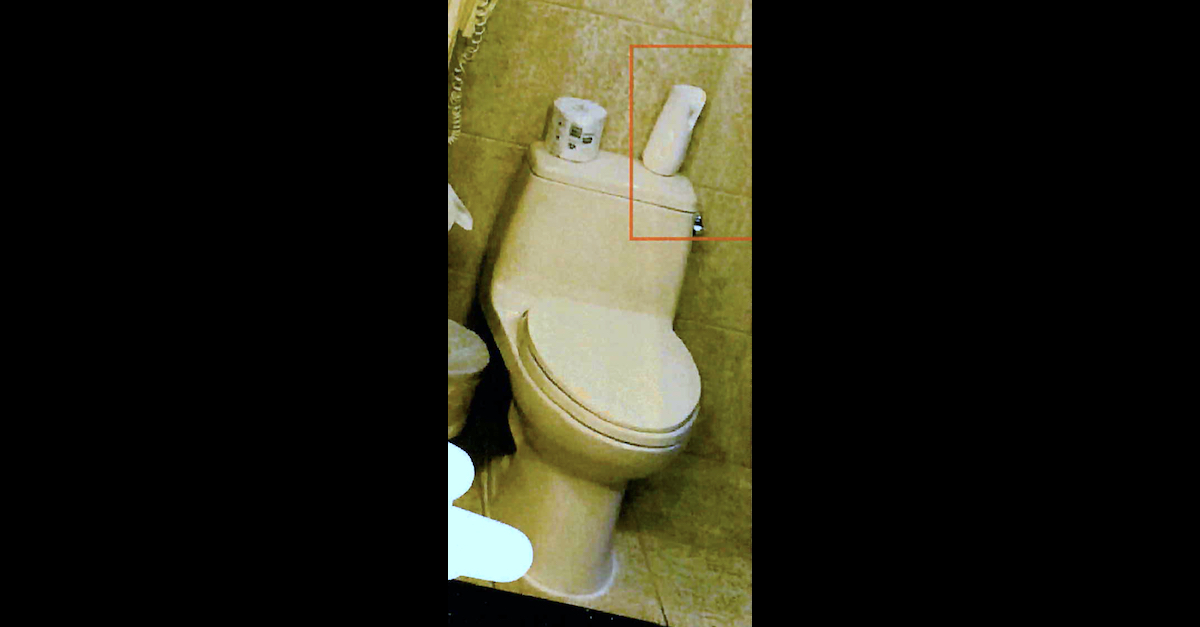 Prosecutors said a device that looked like an air freshener on a toilet was really a hidden camera. (Image via federal court documents.)

A federal judge thanked the victims and their families for their courage and told them they were not at fault.

U.S. District Judge James Peterson said that Kruchten exhibited “sustained and masterful manipulation” by using his position as a teacher for such nefarious ends.

In a sentencing day allocution penned in his own hand, Kruchten told the judge his crimes were not sexually motivated.  According to the DOJ’s re-telling of the hearing, Peterson replied that Kruchten was “either lying to the Court or self-delusional” for making such a claim.

The defendant claimed in that same allocution letter that he had “struggled with voyeurism for a while.”

“But my spying was never about using people as sexual objects, especially minors,” he wrote. “I am not a predator who decided to become a teacher to be close to kids.”  He later said that he “did not keep the boundaries with my students that I should have” because he became “too comfortable with looking at students and former students as peers.”

The full letter appears at the bottom of this report. 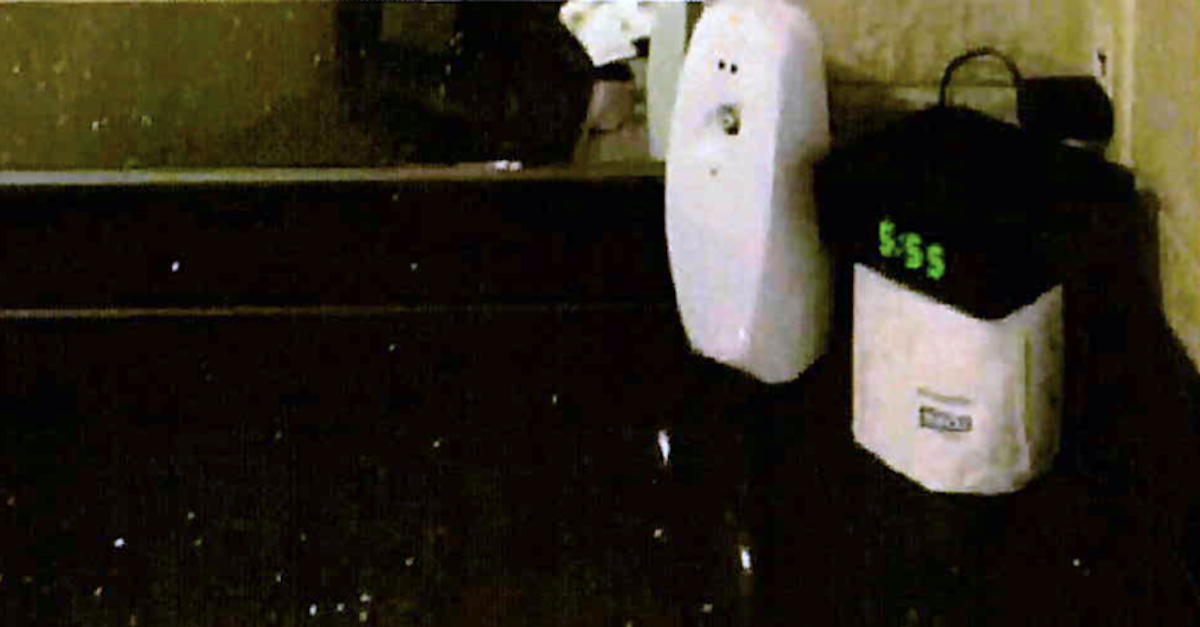 Prosecutors said these devices on a hotel bathroom countertop were the defendant’s hidden cameras. (Image via federal court documents.)

Prosecutors had asked for a fifteen-year sentence.  They wrote as follows in a sentencing memorandum to the judge:

For years, the defendant abused the trust of his students, their parents, and the school system and secretly recorded many of his female students in the bathroom. The exact number of victims cannot be known because prior to his arrest, the defendant destroyed all of the evidence of his illegal activities. While it might be tempting to consider this case to be less serious than other child exploitation cases this Court has seen, the government believes that it is at least as serious and, in some ways more. The victims were not unknown children the defendant met online, as we often see in these types of cases. Rather, the defendant was a trusted advisor to each of these students. He was respected by their parents and the school system. And while there is no evidence he touched any student, his actions left the victims questioning their future and doubting their self-worth. Prior to being discovered by one of those victims, there was no indication that the defendant had any intention of stopping. He deserves a sentence that reflects the full impact of his actions.

Read the defendant’s eight-page allocution below:

Read the government’s sentencing memorandum below: