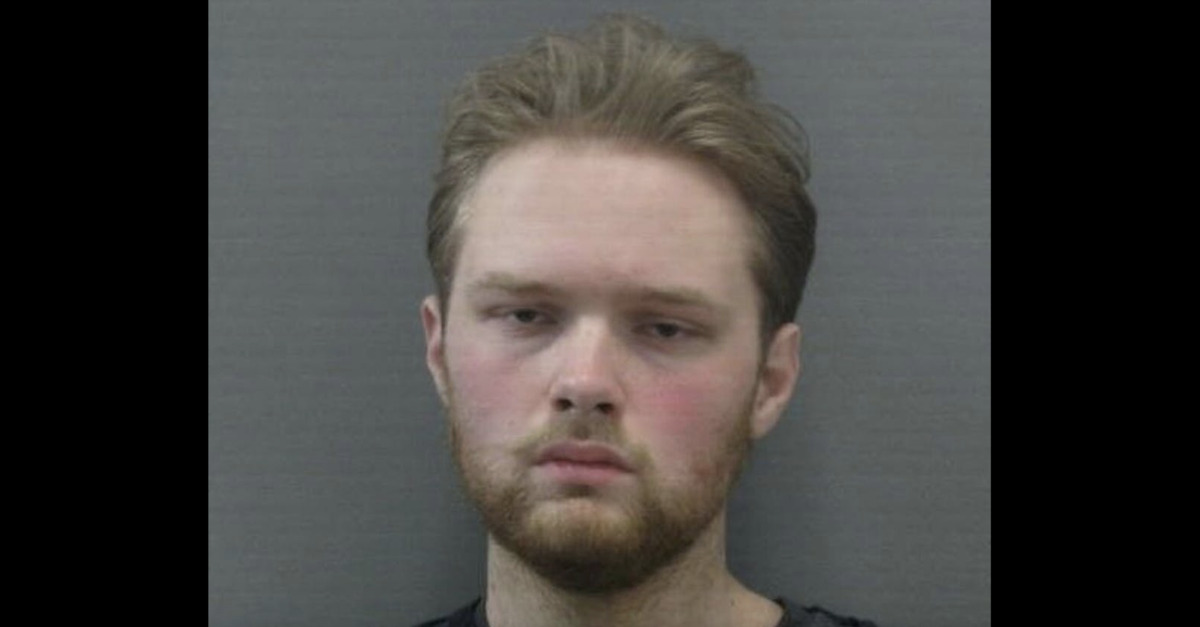 A Minnesota man was recently indicted after allegedly shooting his older sister at least 18 times inside their family home.

Joseph T. Ness, 21, stands accused of murder in the first degree for the early May slaying of 25-year-old Noelle Ness.

“Joey shot and killed Noelle,” Alyssa Ness, the mother of the victim and alleged perpetrator, ran screaming to a neighbor’s house on the afternoon of May 8, according to court documents.

The neighbor subsequently made a 911 call that helped Carver County Sheriff’s deputies clarify the situation–as they were already en route to the area in response to a fire alarm at the Ness residence.

“As a number of deputies were responding, one deputy stopped at this neighbor’s house to meet with Alyssa Ness, noting that Alyssa Ness was distraught.” a statement of probable cause says. “However, Alyssa Ness repeated that her son had shot her daughter and that there were multiple weapons in the house.”

Frantic and grief-stricken, Alyssa Ness told deputies she didn’t know if her son was still in the house by the time they made contact. Deputies ultimately didn’t find the suspect at the Ness residence.

“Please help me,” the defendant is alleged to have told another neighbor roughly 40 minutes after the initial 911 call. “I need your help. I need you to call the police for me. I just killed my sister. I want to surrender peacefully. I am unarmed.”

The second neighbor, described by police as “startled by the encounter,” complied with the defendant’s alleged request.

Nearly an hour after the fire alarm, Joseph Ness was in custody. He had, in fact, surrendered without incident, according to police.

It was more than clear that a shooting had taken place at the Ness residence.

“Upon entering, deputies noted hundreds of spent rifle casings, bullet holes in walls, and many windows shattered by gunfire,” the police report says. “Further examination revealed that [Joseph Ness] had shot, in part, from his bedroom into Noelle Ness’s bedroom across a hallway, those rounds travelling [sic] in largely a horizontal manner.”

But authorities don’t believe the defendant shot and killed his older sister purely as the result of, or simply in the act of, a wild ammunition spray that left the family’s suburban house cover in spent rifle casings.

“[I]t appears Noelle may have been shot at a closer ranger as rounds travelled [sic] vertically through her bed and some of her wounds had stippling,” the probable cause statement continues–using a term that describes abrasions on the skin from gunpowder and is typically considered a tell-tale sign of close-range fire by pathology experts.

The police report also alleges that “12 spent rifle casings were recovered near” Noelle Ness’s bed by sheriff’s deputies. She was pronounced dead at the scene by responding paramedics.

And the mother’s warning about multiple weapons in the home was true. In sum, police say they recovered six rifles–including what the report refers to as “variants” of the popular AR-15 and AK-47-style guns–from the Ness residence, along with unspent ammunition and high-capacity drum magazines.

Initially charged with second-degree murder, Joseph Ness was determined to have acted with premeditation by a Carver County grand jury, according to the Minneapolis Star Tribune.

The defendant is next slated to appear in court for an omnibus hearing–the second hearing following an initial appearance where a variety of matters ranging from evidentiary issues to discovery are discussed in court–on Oct. 6.

Carver County attorney Mark Metz has offered no motive for the killing.