Accused Child Sex Trafficker Threatened to Sell Girl to Someone Who’d ‘Shoot Her Full of Heroin’ and Slice Off Her Toes: Feds 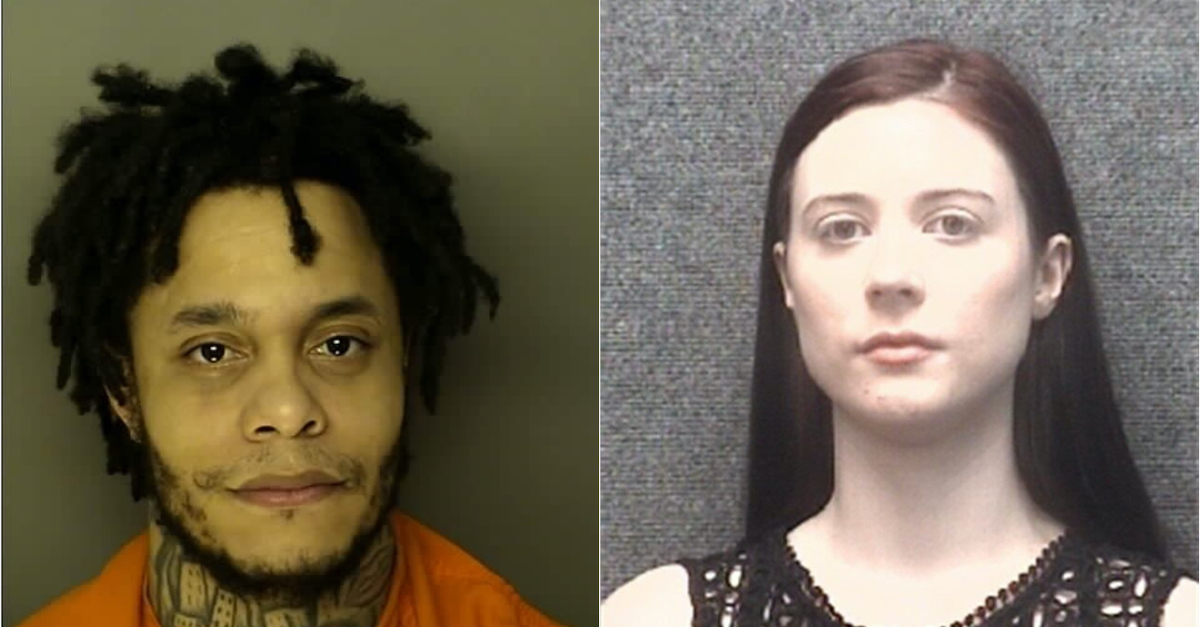 Warning: some of the details in this story are graphic.

An accused child sex trafficker kept a 15-year-old girl under his control by threatening to sell her to someone who would do “bad” things to her, like shoot her full of heroin, chain her up to a bed and slice her toes and body parts off, federal prosecutors announced on Monday.

North Carolina residents Johnny Thomas, 34, and Becca Mills, 25, are both charged with alleged child sex trafficking and coercion and enticement of minors in federal court in South Carolina. Though their cases there have been open since late July, prosecutors formally announced their charges on Monday.

Both face the possibility of life imprisonment, if convicted.

According to the FBI, one of the victims went to the Myrtle Beach area and told authorities that she was a runaway. Prosecutors say that she told investigators that she met a man going by the name “Rico” on the video chat program “Monkey.” His Facebook page showed he allegedly went by another nickname: “Lulu Panama.”

She said she told “Rico” at the time that she was 16, but that was not true; she was really 15 on the cusp of her birthday, prosecutors say.

Running away from her grandmother’s house, the girl—identified as “Minor Victim 1” (MV1) in court papers—was picked up at a gas station by “Rico” in Clarksburg, W.Va. in early 2019, and the man drove her to an unknown apartment in Richmond, Va., according to the complaint.

This is where the girl met “Minor Victim 2” (MV2) and Mills, who told her that Thomas “would not hurt” her if she “did what she was told,” prosecutors say.

Prosecutors claim that Thomas made the first minor girl to snort cocaine to “wake her up” when she was tired.

When the first minor girl tried to slip away from the hotel while everyone was asleep, Thomas allegedly snapped, “you’re my bitch, where do you think you’re going,” according to the complaint.

The day after that exchange, all four drove to Fayetteville, N.C., and she was photographed for commercial sex advertisements, according her complaint. Prosecutors say that both minors were forced to have sex with a man who choked “Minor Victim 1” until she passed out and woke up bleeding from her vaginal area.

According to prosecutors, “Minor Victim 1” told authorities that Thomas addressed her as his “pimp” and began coaching her to “not look anyone in the eyes” and to “address him as daddy.”

On March 26, 2019, an investigator found commercial sex ads for both the minor girls and Mills online and traced the phone number to Thomas, prosecutors say. Records show that Thomas was arrested that same day on Rockingham, N.C.

Prosecutors say that Rock Hill Police Department Detectives interviewed Mills after Thomas’s arrest, and she allegedly told them that she knew Minor Victim 2 was 17 years old.

“Mills stated she told MV2 about how she used to ‘dance’ and how it was a quick way to get money,” the complaint states. “Mills stated that she and MV2 engaged in multiple commercial sex acts together in North Carolina.”