Michigan Woman Sentenced for Murdering Her Boyfriend, Heading to a Casino and Walmart, and Then Returning to Leave the Body Out with the Trash 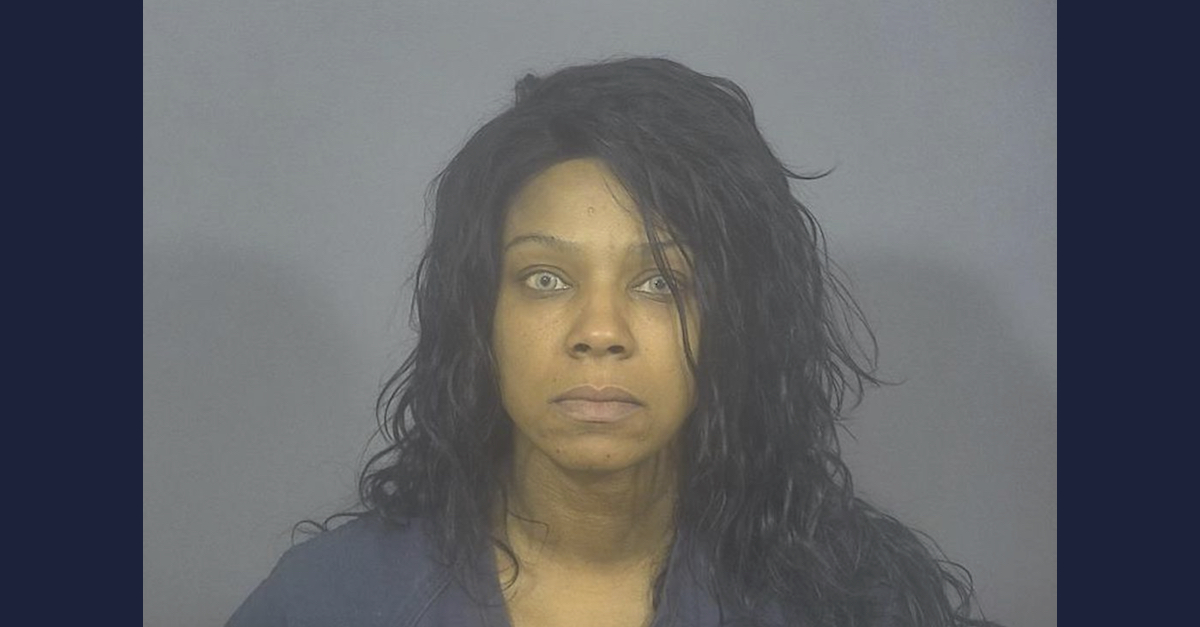 A Michigan woman has been sentenced to several decades in prison for the 2021 murder and disposal of her then-boyfriend.

Deidra Tomlin, 40, recently pleaded guilty to murder in the second degree over the January 2021 shooting death of 43-year-old Bryce Grove. Prosecutors said the defendant shot the victim in the face with a 9mm handgun, according to Kalamazoo CBS affiliate WWMT.

Authorities said the defendant never called for help.  She left Grove to die and then went about her business — including making stops at a casino and a Walmart — before she returned to deal with the aftermath of the killing, according to allegations recounted in a report by radio station WSJM.  And, prosecutors said during sentencing, Tomlin later tried to recruit multiple people to help her dispose of Grove’s body before ultimately enlisting one person to haphazardly make that effort. The deceased man was then left in a curbside dumpster at the apartment complex where Tomlin lived.

“On that day, he entered my home unlawfully when he was not wanted,” Tomlin said during her sentencing on Friday, according to Leader Publications. “My intention was never for him to die but for my survival. I apologize. I have not led a perfect life, but this was not a malicious act.”

Her defense attorney also told the court that the shooting was a byproduct of past physical abuse from others, drug abuse on her own behalf, and only occurred because she thought she was in danger.

The defendant herself described her relationship with Grove as “tumultuous” in hopes of receiving a lighter sentence.

“Unfortunately this ended in tragedy for both of you,” Cass County Circuit Judge Mark Herman told the defendant, according to the local paper. “You are 40 years old and while this is your first felony, this is an action that cannot be taken back with the person made whole. You destroyed his family and yours. So many people’s lives have been affected. People don’t appreciate how one thing they do can impact so many.”

The prosecution sharply disagreed with the picture the defense painted.

“She tries to portray herself as a wallflower and victim; this woman is no timid wallflower,” Cass County Prosecutor Victor Fitz reportedly said. “She said she has survived and is a good person. She did survive but she is not a good person. The only way she will become one is if she realizes she is the furthest thing from that. She’s deluding herself.”

According to the Leader report by journalist Debra Haight, the convicted murderess will receive credit for 578 days already served in prison. Additionally, she has to pay $1,108 in fines and costs and restitution in the amount of $5,436.82.

Tomlin and her then-roommate Jamie Loriot, 42, were arrested four days after the slaying in the Hoosier State on numerous charges apiece, according to South Bend, Indiana NBC affiliate WNDU. The pair allegedly asked an acquaintance to help them better remove and hide the body before deciding to leave Grove in the dumpster.

Loriot’s case was closed in early February of 2021, according to court records reviewed by Law&Crime. She was granted three years probation. The Great Lakes State prison system says Loriot is currently an “Absconder from Probation.”

At the time of the arrests, police said they learned the shooting was immediately preceded by an argument between Tomlin and the deceased.

“This was an isolated incident as well between two individuals that unfortunately rose to that level,” Dowagiac Public Safety Director Steve Grinnewald said at the time the pair were taken into custody.